"It was. I was a russian ringmaster. I had a scène with Credence. I didn't make the final film. Hopefully it'll be in Fantastic Beasts 2." -Henry Douthwaite

"He has a moment of doubt and this strange ringmaster passes and tells him if he stays "they'll kill him"!!" -Henry Douthwaite

"I don't know if he joins the circus or not. He may just be travelling with them" -Henry Douthwaite

Henry Douthwaite would normally play Skender (the owner of a wizarding circus) in the upcoming fantastic Beasts movie. However, this was before his scene with Ezra Miller(Credence Barebone) was cut from Fantastic Beasts 1! Douthwaite was recast by Ólafur Darri Ólafsson, who from then on would play Skender’s role. This was possible because they clearly wanted an actor with a bigger name.

Guys! Credence joins the circus. Maybe that explains why Credence has a different hair style. Maybe it’s a kind of disguise because people wanted to kill him etc? I’m so hyped! 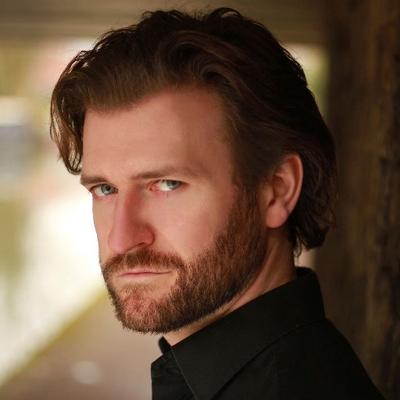 I heard a little about this elsewhere- and if you check the Circus posters in the film, you'll see them advertising their last show in the US- Moving to Europe! So yeah- apparently the scene involved Skender offering Credence protection in the Wizarding Circus. It wasn't confirmed wheher he would become 'an act' or just a travelling companion, but we all know Credence is capable of quite a display, but also extremely sensitive to being called a 'freak'. So perhaps being part of a freak show isn't his thing..

We also have mention of the 'Snake Lady'. I'm tipping there's a Parseltongue who's hiding there too. We all know that Isolt (the founder of Ilvermorny) was decendant of Salazar- so perhaps one of her children has escaped to the Circus..? More Slytherin tie ins abound when snakes make an appearance..

(edited by The Dark Marc)