S.P.E.W., or the Society for the Promotion of Elfish Welfare, was founded by Hermione Granger during her fourth year at Hogwarts to promote liberation and rights for House Elves, an enslaved caste who are basically happy as they are. 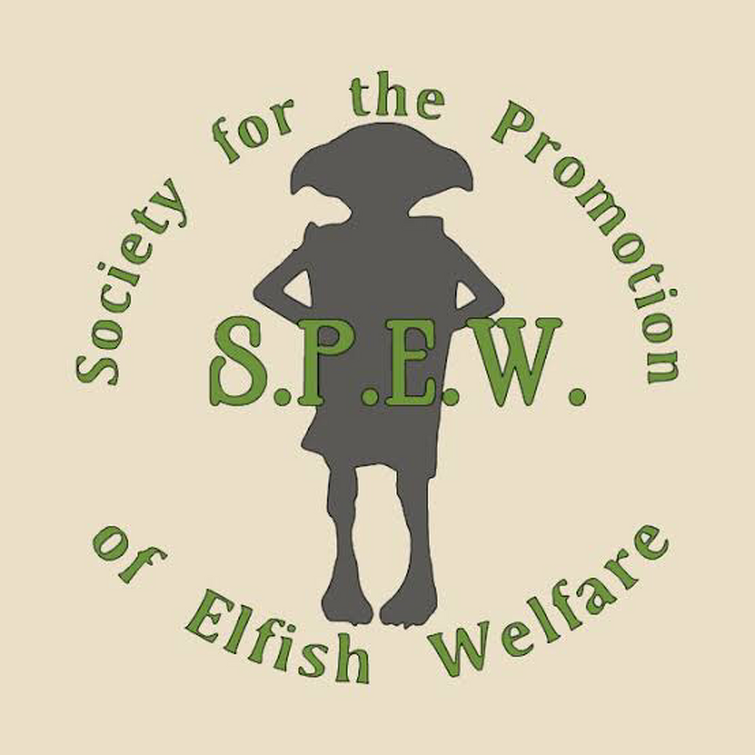 Yup, I support it too.

In theory I support elf rights, but Hermione went about it in entirely the wrong way. Basically, she didn’t think about what the elves wanted any more than the people who owned them did. Hermione assumed that because she values freedom, the elves would value it as well. The truth is much more complicated. Elves value their servitude, and are disgusted by most of Hermione’s ideas. Instead of trying to indoctrinate them into her cause, she should have talked to them to find out what they wanted.

I would say that their are a few reforms that seem reasonable, and that the elves would probably be happy with. Elves should be allowed to leave a master who they don’t like without getting fired. It should also be illegal for wizards to beat, or otherwise abuse, their elves. Basically, elves should have the right to freedom, but they shouldn’t have an obligation to be free.

Yuh I support it❣

Yes I support it

I have a spew badge.

I support it, but honestly, I think Hermione takes it a little too far.

Well, no. There are too many problems with it. Yes, elves are mistreated and deserve better, but the vast majority of them take their great pride on their work ethic. Exceptions like Dobby should be treated as well as they desire without being pushed, but to an average elf, giving anything more than gratitude and kind manners is insulting to them.