Cho Chang (b. 1978/1979) was a witch who attended Hogwarts School of Witchcraft and Wizardry from 1990-1997 and was sorted into Ravenclaw House. She was a Seeker for the Ravenclaw Quidditch team and a popular student. In Cho's fifth year, she began dating Cedric Diggory while he was a Champion... 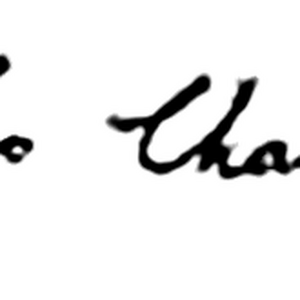 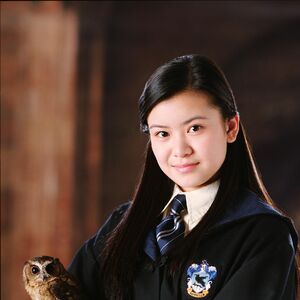 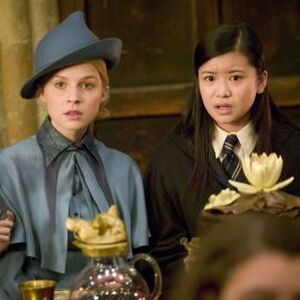 I never understood why he got together with the most boring and bland looking sister of his BF Ron. Why??? She doesnt even have a personality, i mean he was with Cho for F sake abd the biggest problem of it all, never touch the sister of a Bro☝️

Y'know, I was thinking a little bit about Ginny's love life. It was mentioned that she dated two boys - Dean and Michael, which, by itself, isn't a bad thing or even particularly notable. But the more I thought about it, the more it rubbed me the wrong way. It was already established that Ginny was in love with Harry since she was ten (which, btw, is TOTALLY realistic, guys; precocious celebrity crushes are truly a strong foundation for a functioning marriage, amirite, fellas?), so she had feelings for him while she was dating these two.

When I look on Ginny's wiki page, the two main reasons I'm getting for her doing this is that A) she was trying to move on from Harry and B) she wanted to make him jealous so that he would notice her. Now, let's take a look at Hermione's advice.

"Hermione told me to get on with life, maybe go out with some other people, relax a bit around you, because I never used to be able to talk if you were in the room, remember? And she thought you might take a bit more notice if I was a bit more — myself."

The way this was worded could mean either option. On one hand, Hermione told her to get on with life, which would mean Ginny did it for the first reason. On the other hand, the way Hermione spoke implied she was still trying to hook up Ginny with Harry, which would indicate the second reason. Considering that Ginny said that she "always hoped" and never really gave up on Harry and the fact that Hermione was still vouching for the two to get together, I'm gonna go on a limb and say that Ginny dated Michael and Dean primarily to make Harry jealous, though, to be fair, it was quite possible that it was for both reasons.

Now, what am I trying to say here exactly? Here's the thing. I feel like her reasons for dating Michael and Dean were wrong. Think about it for a second. She dated them to make Harry jealous, and it worked. Whoop-dee-do. Problem solved. Everything is fine and dandy now, right? Well... not exactly. The thing is is that I feel like Dean and Michael's feelings weren't put into consideration.

I'm not sure how serious Michael was about his little affair with Ginny because it was implied that he had a crush on Cho while he was dating her and he didn't really seem to care when they split, which could possibly mean he was doing the same thing Ginny was doing and wasn't as affected at her actions. But look at Dean. When he saw Harry and Ginny kiss, he got so angry, that he broke the glass he was holding. This is an indicator that his feelings for Ginny were very much serious.

Think about it. You start to notice this person who you never really did before. You start to feel something for this person - something you might even be able to call true love. And somehow, this person SEEMS to like you back enough to enter a relationship with you. So you try and treat this person like your little prince(ss). But they're not very receptive of these affections. You're trying so hard to keep this relationship afloat, but this person just isn't having it. And one day, there's a little accident - something as minor as bumping into them - and this person completely misconstrues it as something else and starts blowing up at you. And then - that's it. This person that you loved so much is done with you. Finito. They end things right then and there. And then, later on, very soon after this break-up that's been eating you up inside, you see this person kissing someone you had considered a close friend for years. And just to put the dung cherry on the rot cake, you come to a devastating realization... The person that you were in love with probably never felt the same way in the first place. They were just using you, and all because of their feelings for someone that was one of your closest companions.

Do you get the picture now? Now, I'm not going to justify Dean's overbearing nature. Him helping her through the portrait all the time and junk was pretty overboard if you ask me. Though I feel like that something that could've been amended with proper communication, which Ginny and Dean seemed to lack as it was mentioned they were always arguing. But just imagine all of the pain Dean went through because of this break-up, and it was just played for laughs at best (oh, hehehe, he broke the glass!) and entirely ignored at worst (oh, who cares about Dean? Hinny's canon!) in both the fandom and the narrative.

Ginny dating Dean and Michael was extremely petty in my opinion. She essentially used them to get what she wanted with zero regards for how they felt about it. It felt like she saw them as mere tools to dig her way to her end goal instead of actual human beings with feels. She pretty much ditched them and ignored their existence after she got with Harry. Now, I like Ginny, the book version of her, at least, (though, admittedly, if it wasn't obvious enough, I'm not exactly a huge fan of Hinny), but I feel that it's important to call this out because it's just not right. And the fact that everyone (in-universe) seems okay with this and that Hermione even CONDONED and ADVISED this sort of behavior is not okay. Now, I'm willing to give her a little bit of leniency because, y'know, immature teen, but I still think it's something she should be held accountable for and called out on.

Also, did anyone else get rubbed the wrong way when Ginny told Harry to go with Luna instead of Cho to see the Ravenclaw common room? I get that she feels a little bit intimidated by Harry's history with Cho, but ngl, this came off as controlling and paranoid to me, which, ironically, is similar to the reason why she broke up with Dean. To me, it looked like a red flag for a lack of trust in their relationship, sort of like someone who demands to see your phone because they're so paranoid that you're cheating on him. Did she really think that Harry would abandon their relationship which had gone on for several months just because he walked with a girl that he himself broke up with for a few seconds?

And a final note that's more on Harry's part than Ginny's is that one of the reasons why Harry's apparently attracted to her is that she doesn't cry a lot. Um... what? I mean, yeah, I can get why he found Cho's constant weeping pretty annoying, but that doesn't come across as a red flag to anyone? I mean, it just comes off as a little toxic to me that Harry's attracted to a lack of healthy emotional expression (I'm not referring to Cho's river of tears, btw), and I feel like that could put pressure on Ginny to act like a tough girl who always has it together because she's afraid of Harry being turned off by her tears. I might be reading too much into it, but it really rubs me the wrong way.

Mine was probably when Cho rejected Harry 😬

Can we talk about how Percy helps out Slytherin in Order Of Phoenix? Like when Harry gets caught him and Cho (is that how you spell her name) they get brought in by Percy Weasley.