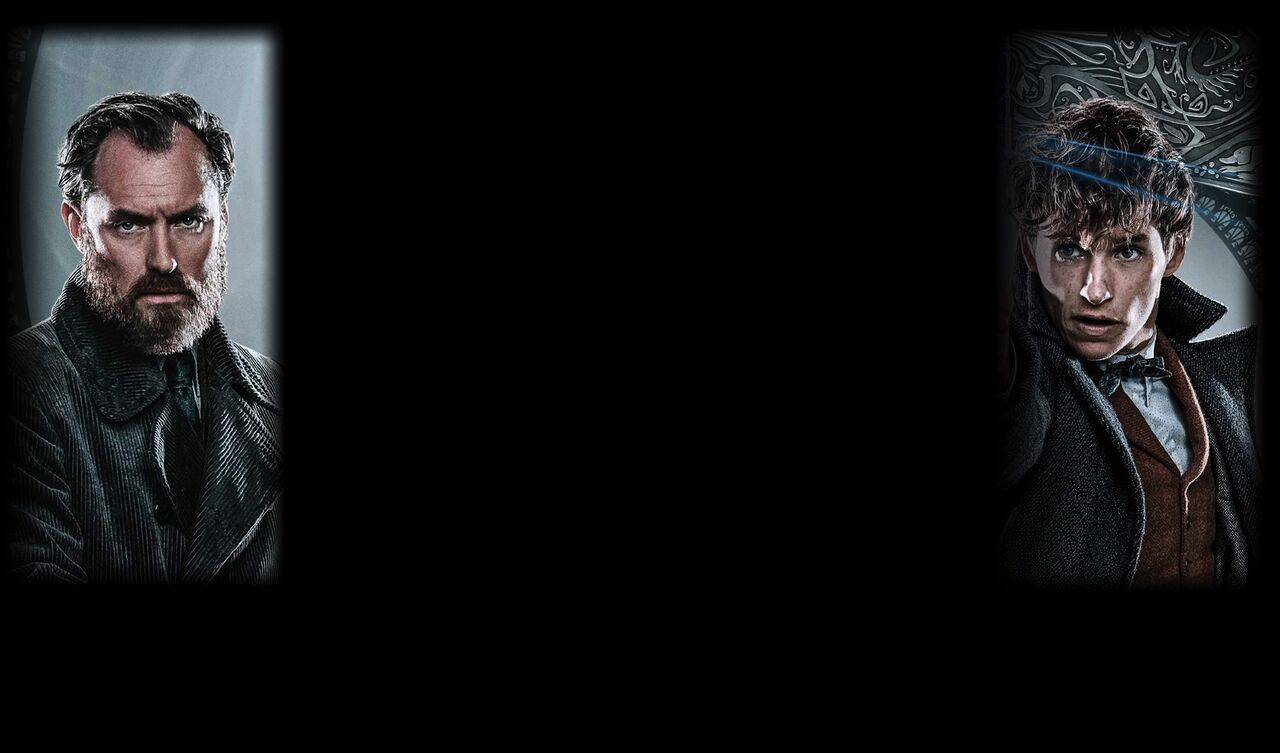 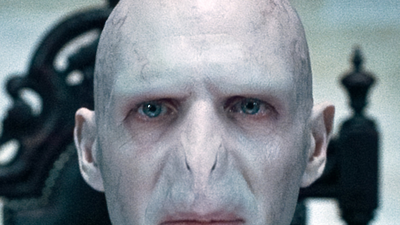 [Source] You see? It was a name I was already using at Hogwarts, to my most intimate friends only, of course. You think I was going to use my filthy Muggle father’s name forever? I, in whose veins runs the blood of Salazar Slytherin himself, through my mother’s side? I, keep the name of a foul... 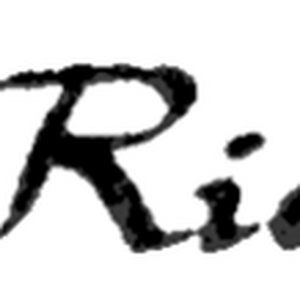 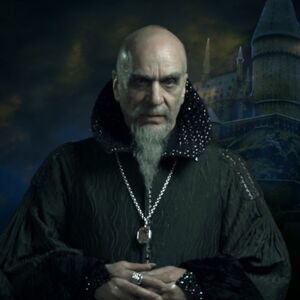 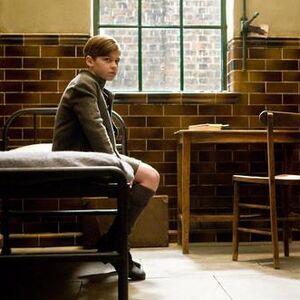 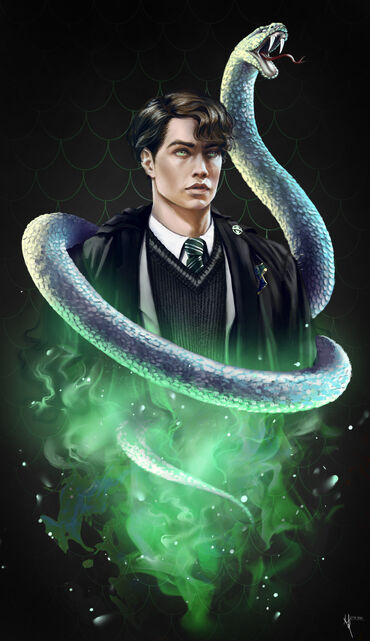 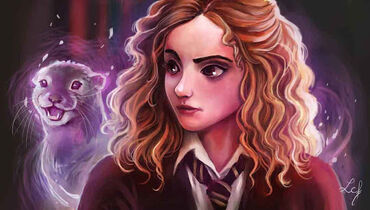 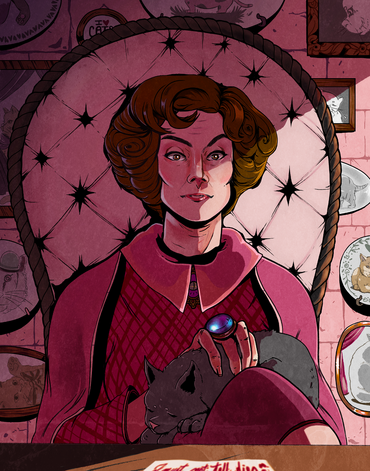 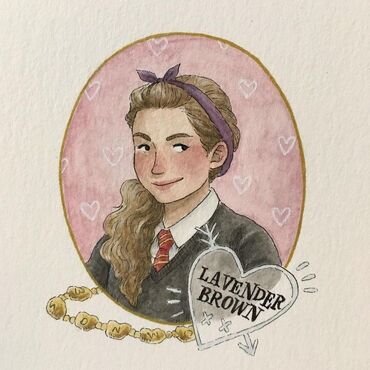 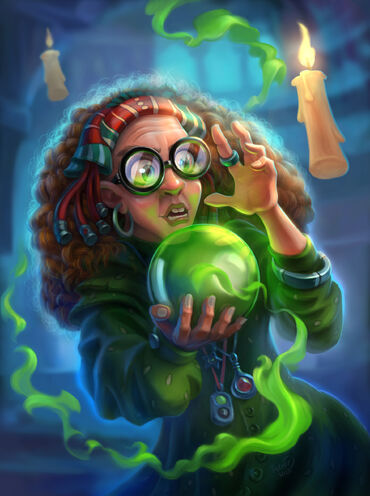 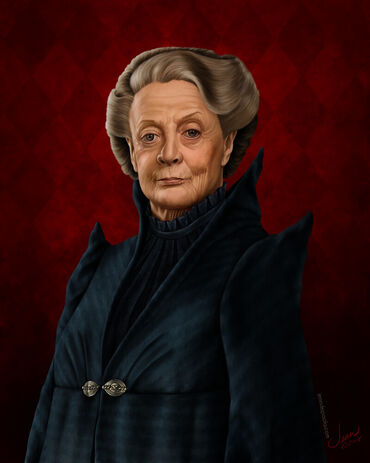 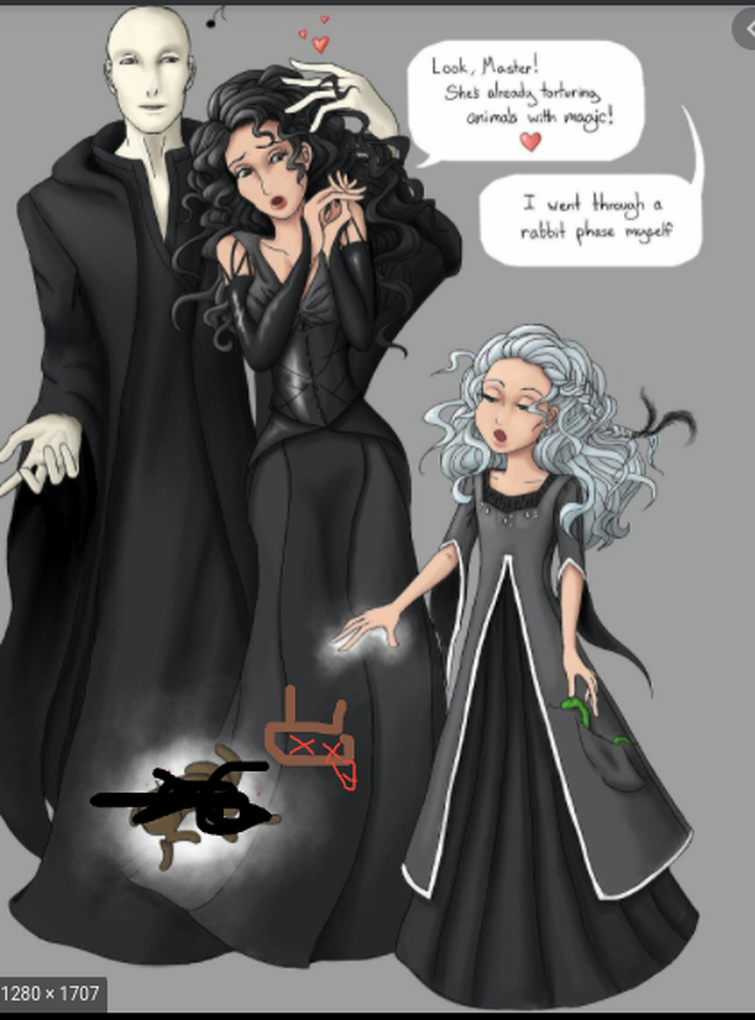 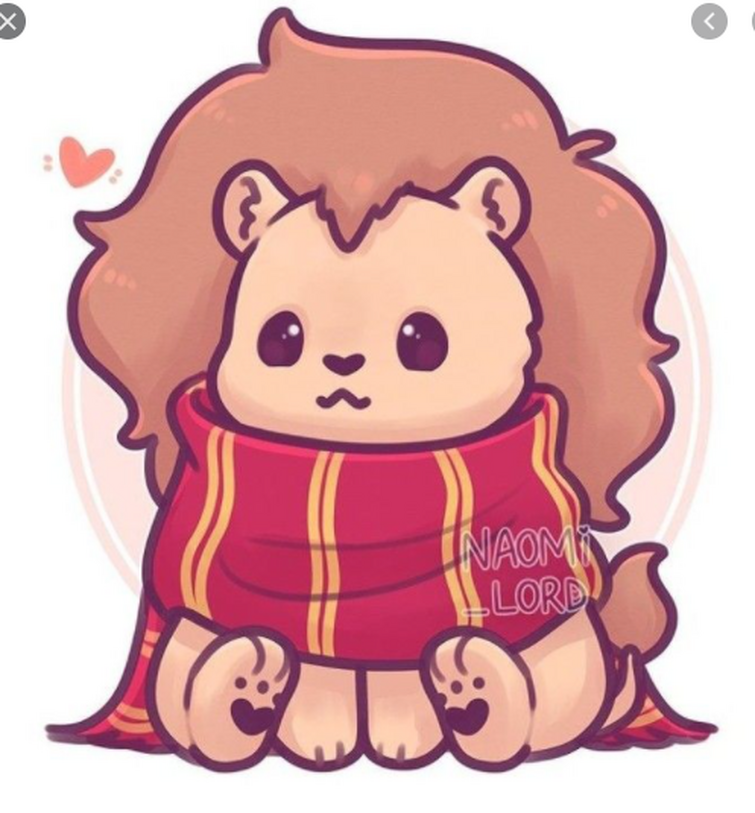 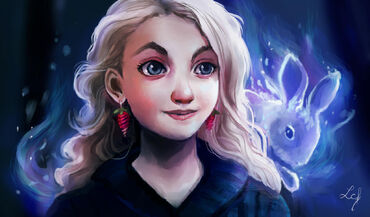 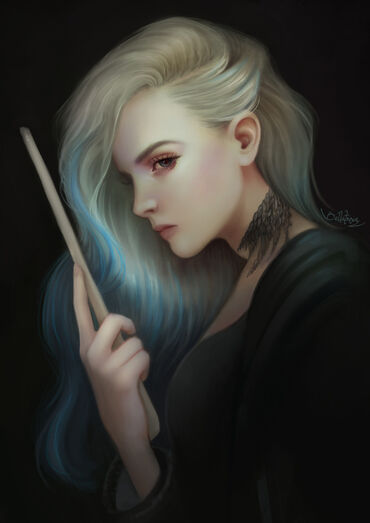 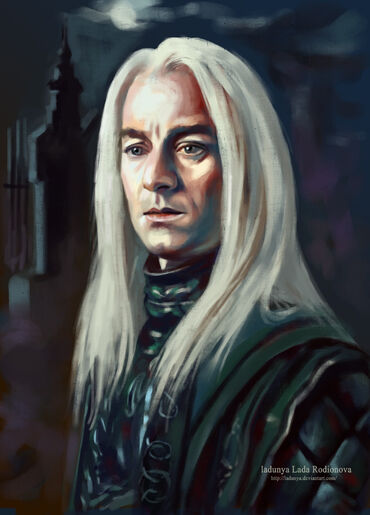 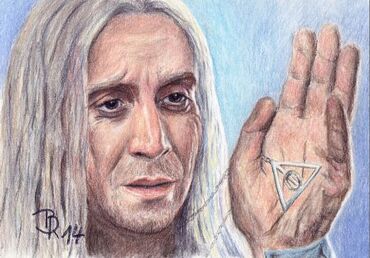 I've thought about this constantly, but have never had anyone to ask until yesterday :). Is Quirrell evil to y'all, or was it just Moldly Voldy all along? I feel like it was all Voldemort that made him evil, but maybe not.... What do you guys think?

I have seen the play Cursed Child. It was quite a disrespect to me, I thought Voldy had gone moldy and the only other villain could be a good guy's child. Delphini looks in her 40's, and the most angry thing I felt was that she didn't care about her mother at all. Bro, it's bad enough shes goin around "daddddddyyy I want u to the point where I'll inherit a different surname to save youuuuuuuu" WHERE is HER MOTHER?! No one cares about bella ? srsly, hp cursed child writers, get bella involved or ill throw my book in the BIN.

Tom RiddleDolores UmbridgeAlastor Moody
Being possessed by Umbrimort
Worse than Dead (noo, I'm expelled)
Being eaten by the raiding Hogwarts army
Being sorted into Slytherin ( :0 )
Being in the same house as Umbridge
Being Godric G. 's Heir (you're a voldy supporter) 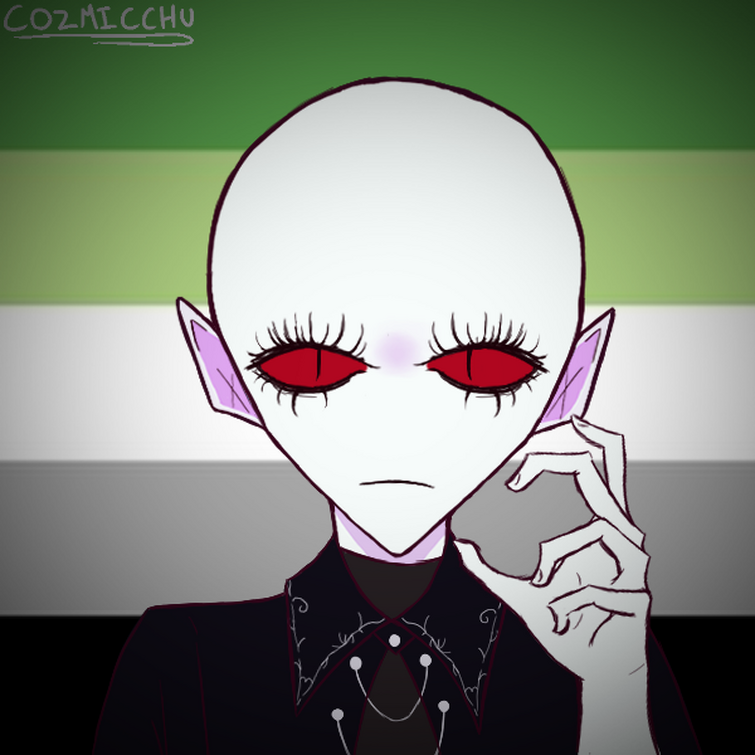 Voldemort was walking around, wondering what his first horcrux should be and who he would kill to make it. As he was looking around for a suitable object, his eyes fell upon something -- Peter Pettigrew's finger.

Now with one horcrux, Voldemort decided to make another. He patrolled the muggle streets, where he found a tin can. "Perfect!" he said. He then Wingardium Leviosa-ed a random squib and made his second horcrux.

Then, Voldemort decided to use his broken nose as a horcrux. He killed a muggle Body Guard with Wingardium Leviosa and then used that to make his third horcrux.

For the fourth horcrux, Voldemort was looking around Magical Menagerie for a suitable object. He decided to use a cute frog named Jewel for his horcrux, Wingardium Leviosa-ing a cat to make it.

Voldemort then saw a random piece of paper that read Hermione has buck teeth because she is part beaver. Voldemort decided to use the piece of paper for his 5th horcrux, killing Tommy Turner to make it.

The sixth and final horcrux was a Nokia phone that Voldemort picked up at a muggle shop. Voldemort Wingardium Leviosa-ed his little frog named Jewels and used the death of his Horcrux to make the horcrux.

Now with his soul in 6 pieces, Voldemort decided to buy a new nose. But where?

The wizards and witches of Hogwarts have been teleported to the forbidden forest ( DONT ASK WHY THEY SUDDENLY TELEPORTED ;-; ) they tried getting out but they couldn't. There was an invisible wall in the exist of the forest. There is a quest going on. Only of they finish the quest they can get out of the forest. There is a deadly ghost that needs a treasure of a pirate. It's a gold coin. There are pieces of maps in the forests and the students have to find them. It's not really that easy for them to find. There are dementors,acromantulas, dragons and more!!. Its difficult for the students to survive there. Now it's your turn to decide what to do....aslo weird stuff can happen 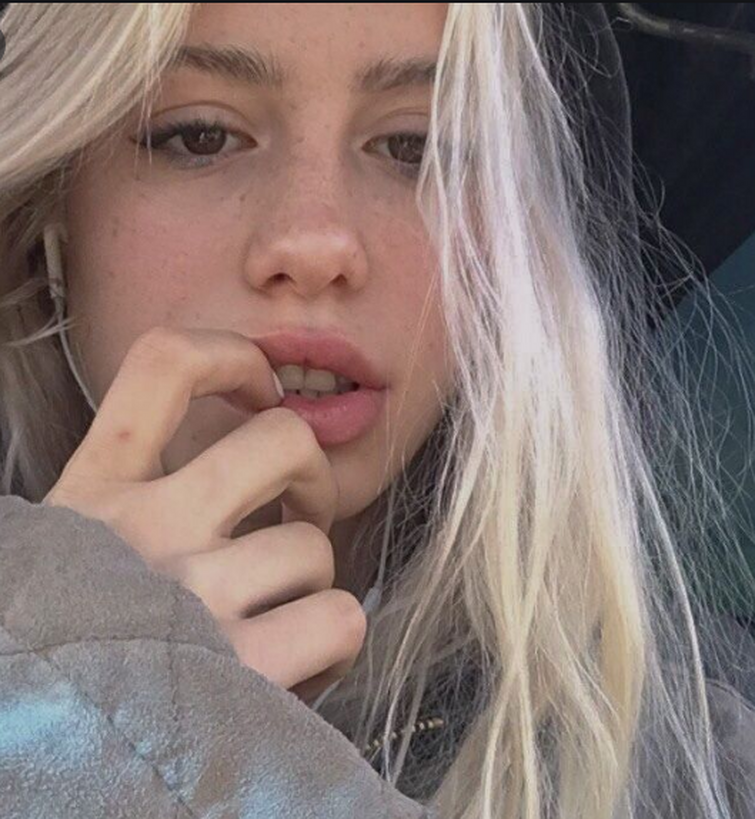 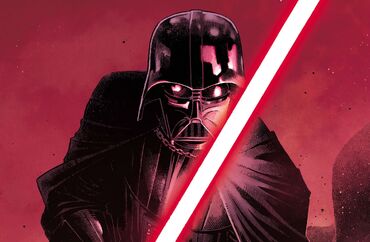 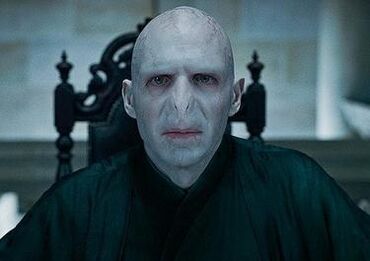 K so, a quick discussion/question.

In the article about Little Hangleton, in the "graveyard" section, there's a fragment that says:

"The ritual which Voldemort and Pettigrew performed in the Little Hangleton graveyard would also play a role in Voldemort's ultimate fall from power. By taking in some of Harry's blood - blood which carried the magical protection from his mother, who sacrificed herself for him when he was an infant - Voldemort anchored Harry's life to his own. This would allow Harry to survive the Killing CurseVoldemort struck him with during the Battle of Hogwarts in 1998, destroying the Horcrux within Harry and setting the stage for their final duel."

Alright, so... I thought the only thing the use of his blood changed was the fact that Voldemort now could touch Harry and like, not burn? Because Lily's blood protection was gone? How did that anchor his life? Harry survived the second Killing Curse (the one in the forest) thanks to the fact that he had "two" souls, the Voldemort one and his own, and the spell destroyed only the Voldemort one. I don't think the whole blood thing in the ritual had anything to do with that?

Q2. Who is your favourite character in Harry Potter?

Q3. What is your favourite Hogwarts class?

Q4. Who is your favourite teacher?

Q5. What is your favourite animal?

Q6. What is your Wizarding career?

The most Q1’s Dolphin

The most Q2’s Jack Rabbit

The most Q3’s Jack Russel Terrier

The most Q4’s Wolf

The most Q5’s Cat

Thank you for playing and please see the links... 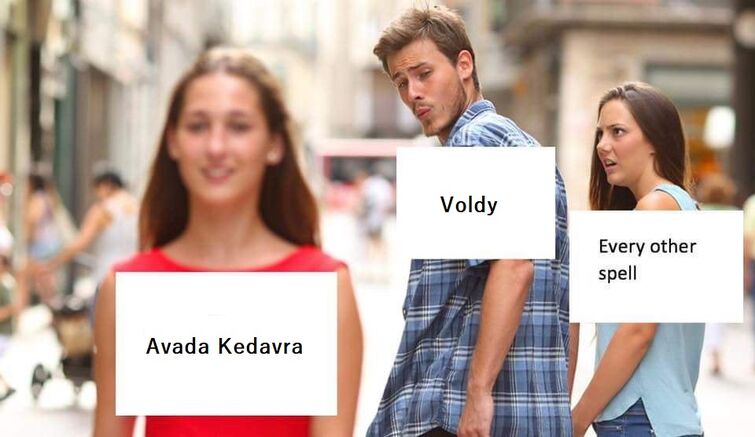 Mods and Admins * Is this allowed?

Yes. Preference is given to your house and you wand.

Applications open for the comments !! State wand description + You experience as a game lover !!

The Game and Events Group is about entertaining all wizards/witches.

Games I have in mind are Patronus Quiz and other secretive stuff.

Joining the group means giving full commitment to the games. We are brainstorming ideas and eventually someone will create it.