Here's the list of ministers, complete with their total time in office and all they did - good or bad.

The list starts with Ulick Gamp and finishes with Kingsley Shacklebolt: https://www.wizardingworld.com/writing-by-jk-rowling/ministers-for-magic

Looking forward to hearing your answers.

In regards to this thread, what do you think Wizardkind would come up with if they had a go at making their own version of a Tank or Mecha?

An alternative idea I've had since is the one you see in this video between 2:20 and 7:20 - https://www.youtube.com/watch?v=_VMd1qML-jk 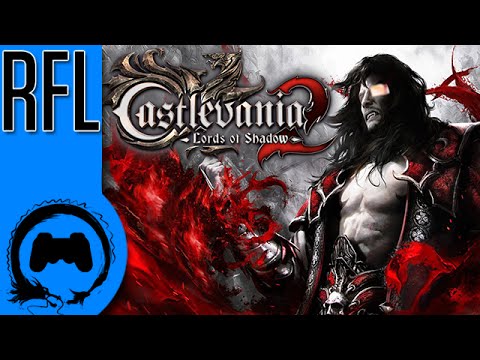 @Vale663 - Yep, that I am. I see from your discussions that you like to bring the image wars from Gojipedia to here. :D

It's an Ambient "Autonomous sensory meridian response" (ASMR) video, with it been used to aid people who are studying, wanting to calm down, finding focus or sleeping as it shows a particular scene set to ambient sounds/music.

In this case, it's meant to simulate a ride to Hogwarts. There's a few of them on YouTube.

Here's a few other versions: 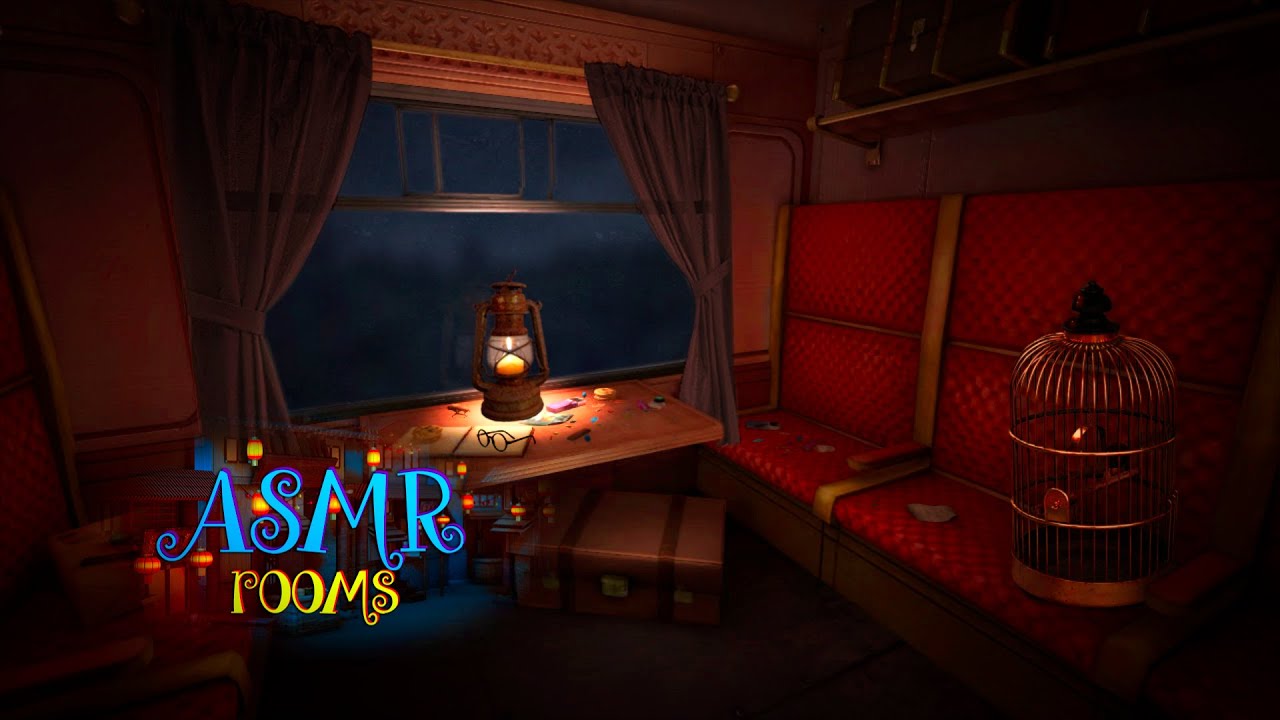 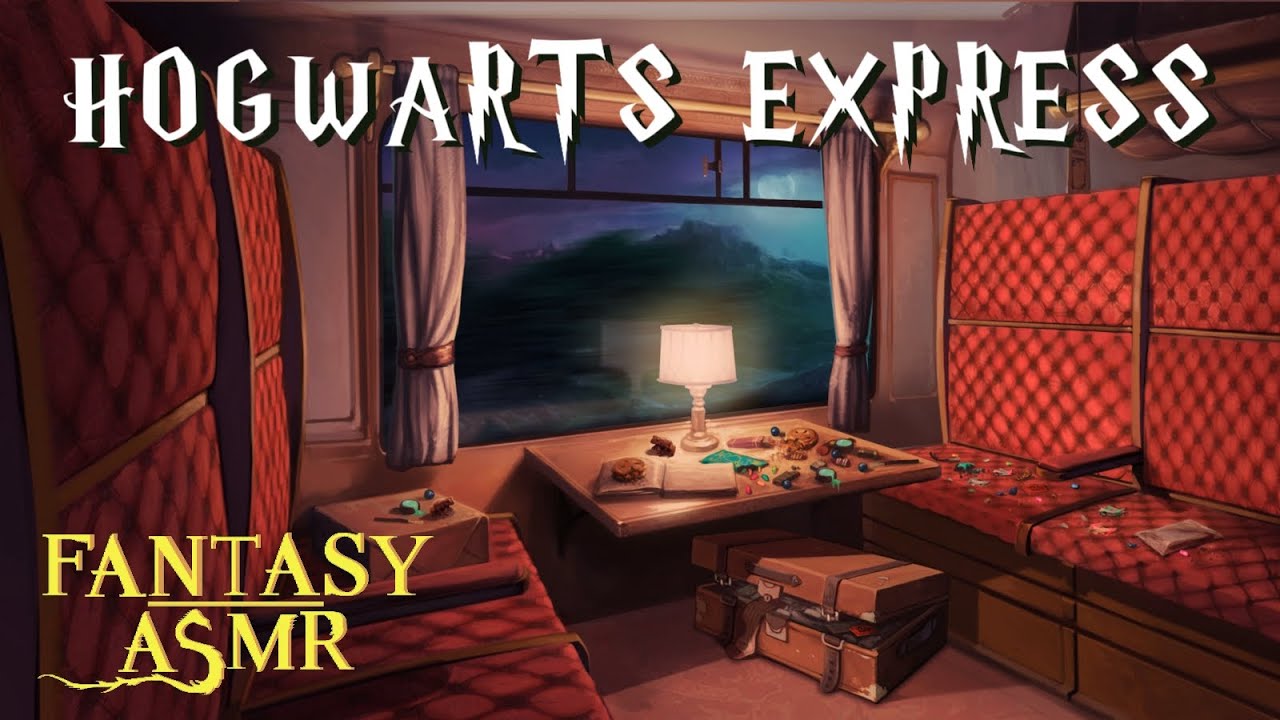 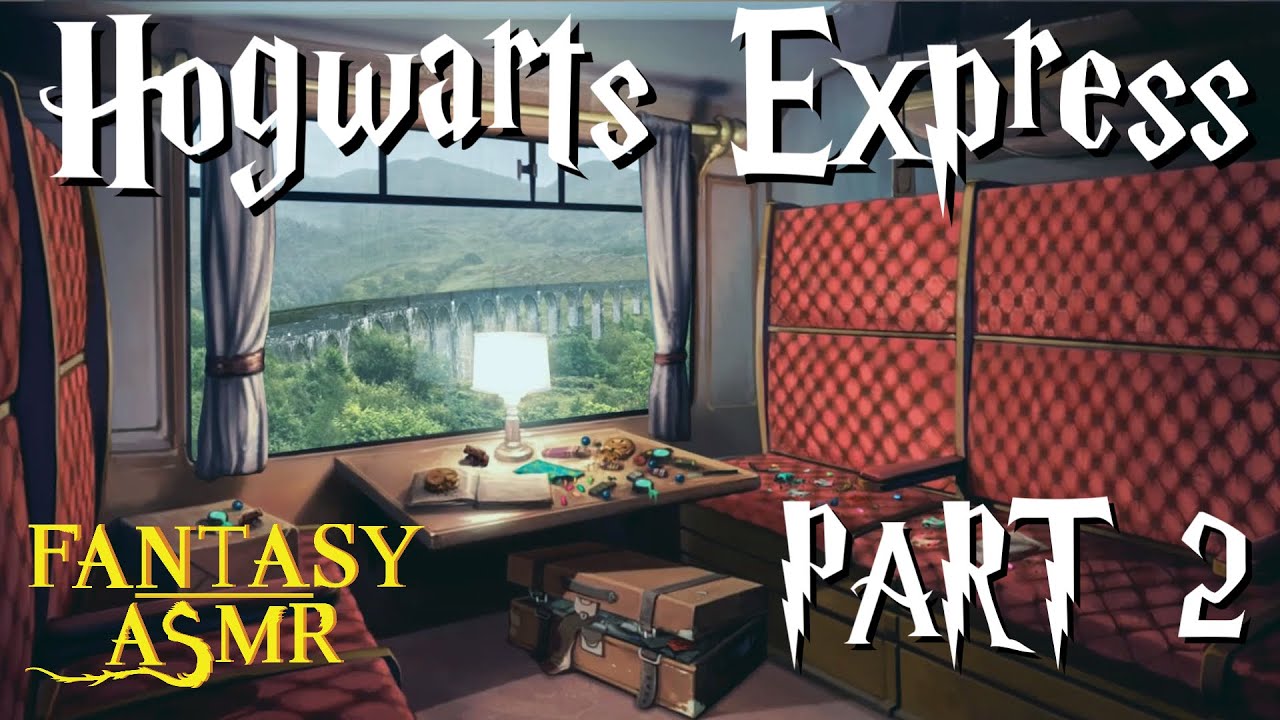 What do you think they'd come up with.

Taking into account that this is entirely hypothetical (I seriously doubt Wizardkind would ever try making a magical version of a tank or mecha - just getting them to use a muggle-built train to get their kids to school was hard enough), I'm actually curious to see what Wizardkind would do in this situation - especially as their version of a tank or mecha could potentially have unlimited ammo (doubling charm) and a whole host of other abilities that would make it a fearsome sight to behold, let alone fight - regardless of whether you were a muggle or magic user.

Personally in regards to a tank, I think they'd end up making something resembling the Spider Tank from Wild Wild West: https://thumbs.gfycat.com/FlamboyantAmbitiousDachshund-size_restricted.gif

As for a Mecha, I think something like the Cyberking from Doctor Who would probably be what they end up making: https://www.youtube.com/watch?v=sPq1I0UXM_Q 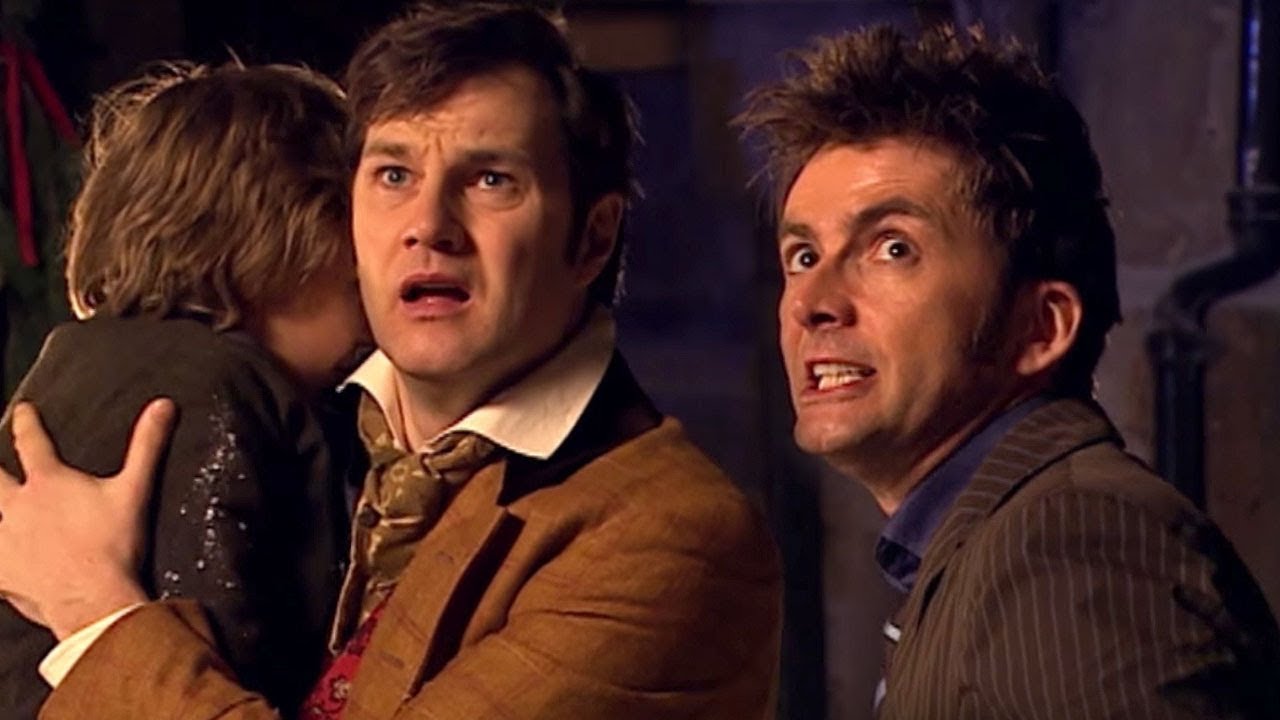 What about you guys - what do you think Wizardkind would come up with if they had a go at making their own version of a Tank or Mecha?

Just sit on the side of the great lake at Hogwarts and watch the sun rise. Is there any wonder so many characters saw this castle as home? 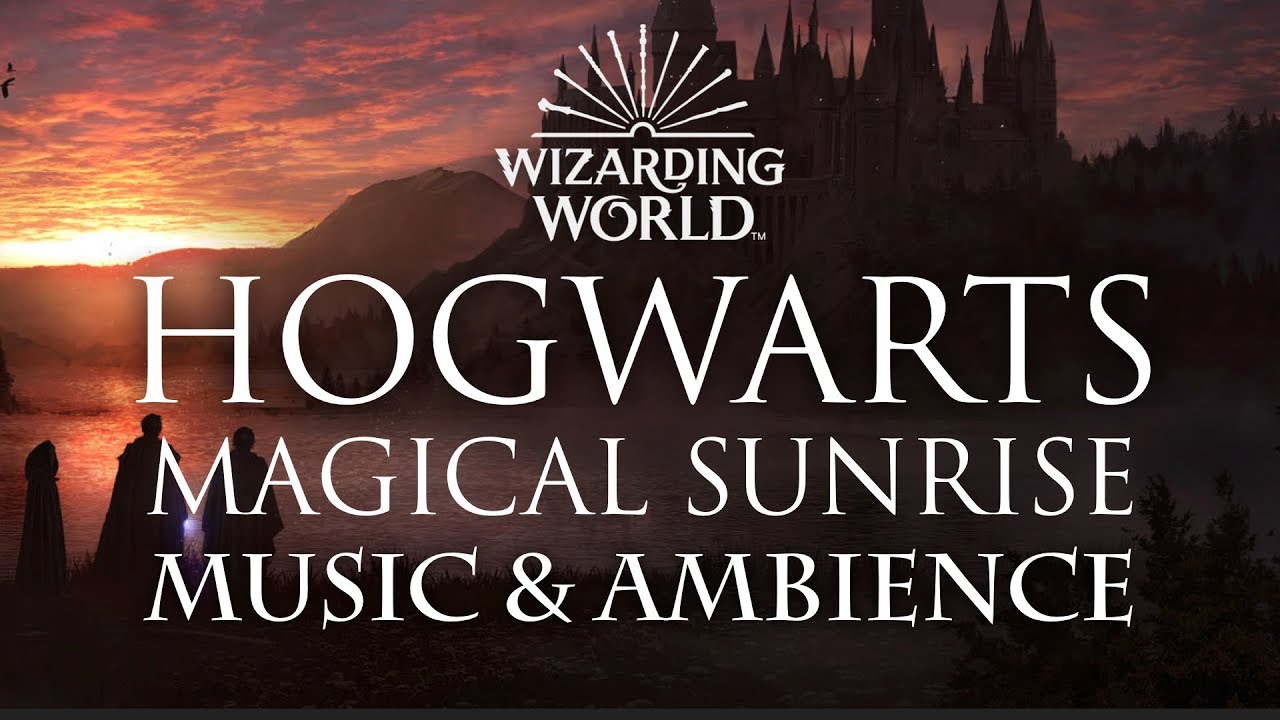 Well, not a physical trip but this is the best I can do. 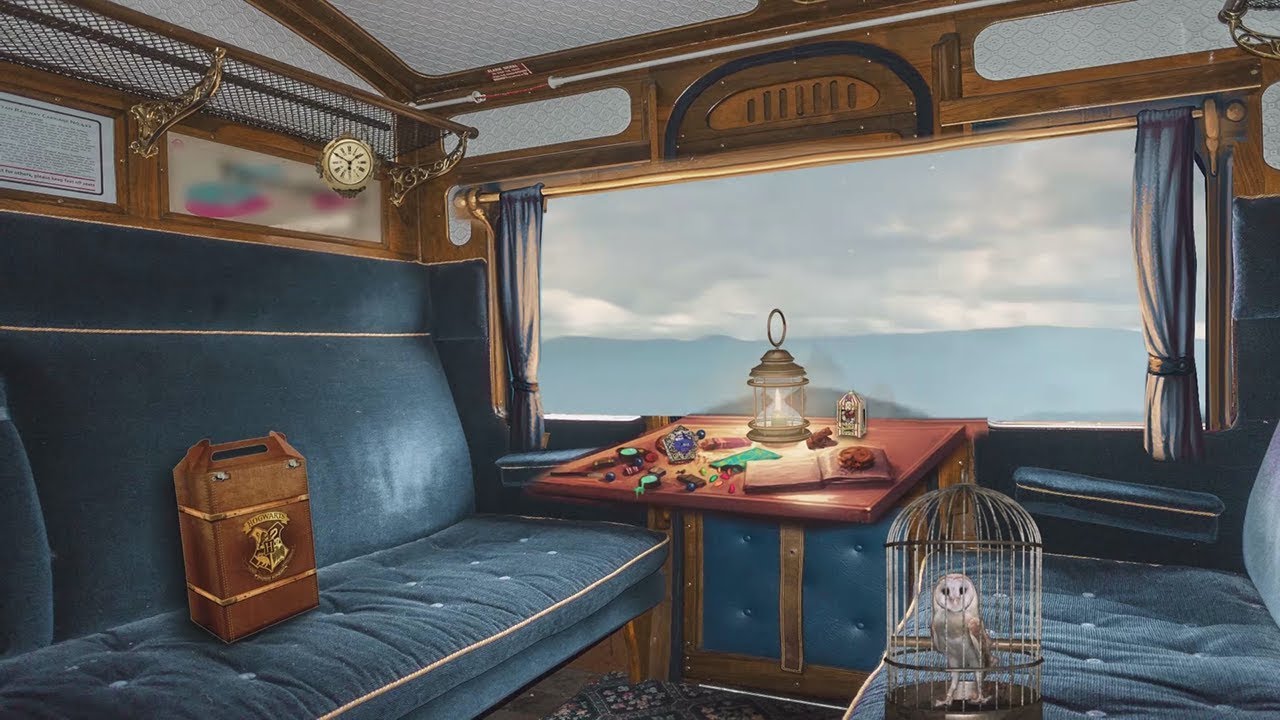 @CaptainKaibyo - Well to be fair in the video, he does point out that Britain has some of the strictest gun laws in the world.

@Jcm10313 - Fair point and sweet dreams. Here's a little something for you - a bit of ambient music to soothe you to sleep: https://www.youtube.com/watch?v=jATVgJ_grys 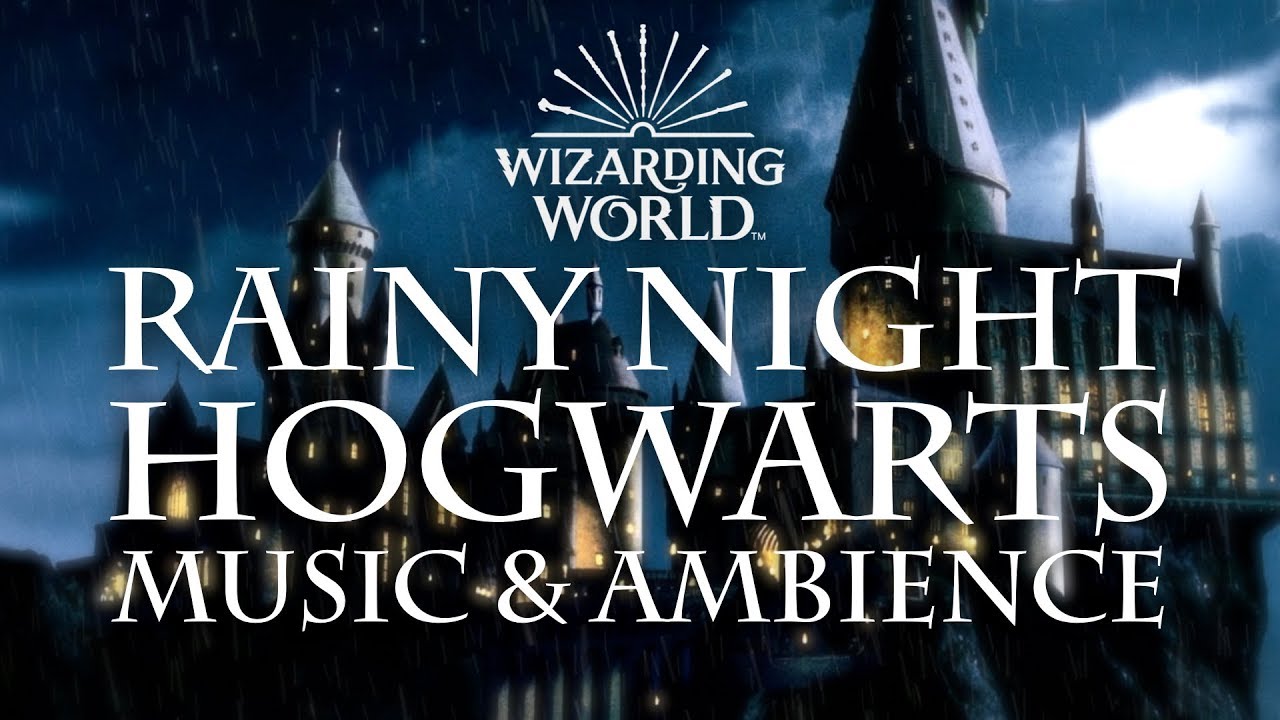 @Jcm10313 - Cheers for answering although I have to ask, why won't you watch the video?

A video I came across and decided to share after watching a Wizards vs. Muggles video that I found rather funny.

Hope you like this video and, fun fact, this wiki gets a mention. :D 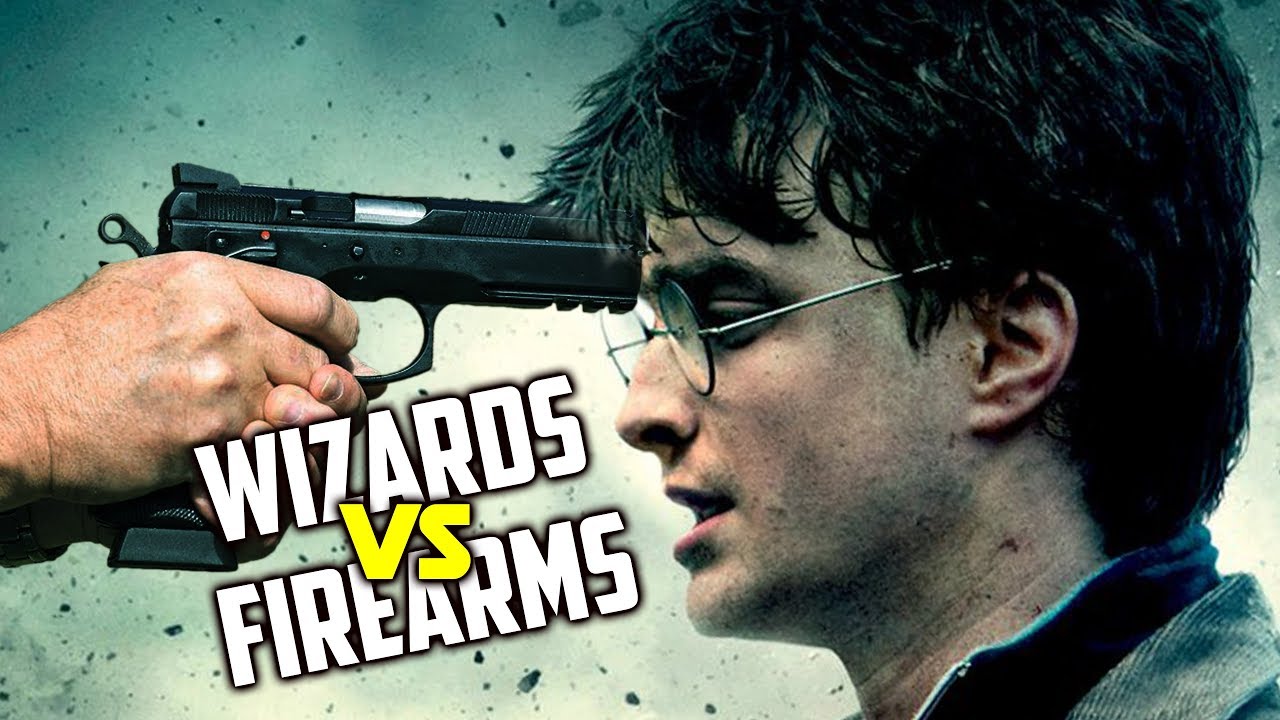 Why don't Wizards Use Firearms in Harry Potter? (Re-upload)YouTube

Yeah, I've talked about this before. If the anime looked like this, I'd be down for it.

I certainly wouldn't call this "ugly".

We've seen that the Wizarding World has taken on a lot of what Muggles have made for their own uses. While some of these have been adapted without much issue, some have had strong opposition either for secrecy reasons (like a Wizarding equivalent of the BBC) and/or from Pure Bloods who view it as derogatory and disgusting to take and adapt something from the Muggle World for Wizards to use.

(Something I find rather ironic and amusing considering the ancestors of said Pure Bloods would - according to JK - willingly mess their underwear from both ends before the Wizarding world adopted Muggle plumbing. Regardless of them using magic to get rid of the evidence, the fact that grown witches and wizards did this is gross - and yet Pure Bloods claim Muggles are 'filthy').

Getting back on track, is there anything in the Muggle World that isn't in the Wizarding World but you'd like to eventually see get adapted into it?

For me, I'd like to see Wizardkind adopt the internet on a wide scale; they already use it in Muggle Studies and aside from the Wizarding version helping to modernize the Wizarding World a bit, I have an image in my head of young witches and wizards playing online games with muggles and witches/wizards around the world - which I think would be fun to watch, especially if tempers start to flare.

Another idea would be for Wizards to adapt one of the retired Space Shuttles (leaving behind a duplicate) to act as a magically enhanced exploration vehicle, which would allow Witches/Wizards who want to explore space; potentially landing on other planets that may have magical species/materials which can be studied. After all, considering the only report of alien creatures in the Wizarding World is that of the Moon Frogs from a Quibbler article (which means they're likely not real), it might be something Wizardkind could look into.

Looking forward to hearing your opinions.

@SWLover2 - The fact that your poll only has positive answers, the only minor exception been the last option.

@TheBGSTradingPro - Yeah, polls can't be edited (or not much) after you post them so you need to get it right first time.

Chances are your duplicate poll will get removed by the mods.

This reminds me of a "Little Britain USA" sketch where one of the characters is as unhelpful as possible, yet when they ask the person they've been unhelpful towards to mark their performance, it's only positive answers that can be given.

Why have you done the same poll twice?

Just added a third paragraph above after I remembered JK using the Greek Goddess Circe in her works: https://harrypotter.fandom.com/wiki/Circe