Professor Bathilda Bagshot (d. 1997) was a British witch, magical historian and the author of A History of Magic and approximately ten other books. A History of Magic is used in the Hogwarts School of Witchcraft and Wizardry class of the same name, taught by Cuthbert Binns.

She lived in Godric's Hollow, and was murdered around December, 1997. Her corpse was then animated by Lord Voldemort to contain his pet snake Nagini. This was intended to be a trap for Harry Potter.

Bathilda was also the great-aunt of Gellert Grindelwald, the infamous Dark Wizard who was defeated by Albus Dumbledore.

Professor Bagshot was born to the wizarding Bagshot family sometime in the early or mid nineteenth century. She had at least one sister or one brother.

" Kendra Dumbledore slammed the door in my face when I went around to welcome her with a batch of homemade Cauldron Cakes. The first year they were there I only ever saw the two boys. Wouldn't have known there was a daughter if I hadn't been picking Plangentines by moonlight the winter after they moved in, and saw Kendra leading Ariana out into the back garden. Walked her round the lawn once, keeping a firm grip on her, then took her back inside. Didn't know what to make of it."
— Bathilda relays her reminiscences about the Dumbledores[src]

In the 1890s, Bagshot was already an adult living in her house in Godric's Hollow, when Kendra Dumbledore moved there from Mould-on-the-Wold along with her young children Albus, Aberforth, and Ariana, after her husband Percival's well-publicised arrest and imprisonment in Azkaban. Bathilda tried to befriend Kendra after they arrived, but she was rebuffed.[9]

Within the next several years, Bathilda sent an owl to Albus Dumbledore (then a Hogwarts student) having been favourably impressed by his paper on trans-species Transfiguration for the scholarly journal Transfiguration Today. This initial contact led to her being acquainted with the rest of the Dumbledore family. At the time of Kendra's death, Bathilda was the only person in Godric's Hollow who was on speaking terms with her.[4]

In the summer of 1899, after Albus Dumbledore graduated from Hogwarts, an orphan and head of the family, Bathilda's great-nephew, Gellert Grindelwald, came to live with her and she made a point of introducing Grindelwald to Albus. The two talented young men became friends.[4] It is unknown how much or what Bathilda knew of her nephew's actions concerning Aberforth and Ariana Dumbledore, but she witnessed the fist-fight that broke out between the Dumbledore brothers at Ariana's funeral.[10]

In 1947, Bathilda's work on wizarding history was published under the title A History of Magic by Little Red Books.[11] It was presumably around this time she authored her other works on magical history.[12] She was deemed the most celebrated magical historian of the twentieth century.[13]

Bathilda may have been a teacher at some point, possibly at Hogwarts, as Hermione Granger referred to her as "Professor Bagshot" when referencing her work.[3]

"We had a very quiet birthday tea, just us and old Bathilda, who has always been sweet to us, and who dotes on Harry... Bathilda drops in most days, she's a fascinating old thing with the most amazing stories about Dumbledore, I'm not sure he'd be pleased if he knew! I don't know how much to believe, actually, because it seems incredible that Dumbledore could ever have been friends with Gellert Grindelwald. I think her mind's going, personally!"
— Excerpt from Lily Potter's letter[src]

In her older years, Bathilda was on close terms with Lily Potter and even spoke to the younger woman on the closeness between Grindelwald and Dumbledore, though Lily remained somewhat sceptical, given Bathilda's advancing age and possible senility. Bathilda was also the only one to join the Potters during Harry Potter's birthday tea when he turned one year old.[8] Ron Weasley's great aunt Muriel called her "gaga" during Bill Weasley and Fleur Delacour's wedding.[10]

Also sometime in her later life, Professor Bagshot provided a quote for the critical acclaim for Quidditch Through the Ages by Kennilworthy Whisp, when she wrote "Kennilworthy Whisp's painstaking research has uncovered a veritable treasure trove of hitherto unknown facts about the sport of warlocks. A fascinating read." as a review.[14]

"Dear Batty, Thanks for your help. Here's a copy of the book; hope you like it. You said everything, even if you don't remember it. Rita."
— Rita Skeeter's note to Bathilda[src]

In 1997 (after the death of Albus Dumbledore) Bathilda was interviewed by Rita Skeeter through the use of Veritaserum. Rita then used the material she gathered from Bathilda in her only semi-true biography The Life and Lies of Albus Dumbledore.[4] It is implied that Skeeter took advantage of Bathilda's poor mental state to twist her material to be more sensationalist. She even referred to Bathilda as being "batty".

Also while in Bathilda's cottage she took several of her pictures and letters. For example an image of Dumbledore and Grindlewald together. And one letter she stole was a correspondence from Dumbledore to Grindlewald, regarding their ambition to obtain the Deathly Hallows and their plan to start a global revolution. This global revolution would lead wizardkind out of hiding and cause Muggle servitude. Bathilda's pictures and letters caused tension in the wizarding world, especially among those whom were Dumbledore supporters. Harry Potter was one of the ones most affected by it.

"Finally, we regret to inform our listeners that the remains of Bathilda Bagshot have been discovered in Godric's Hollow. The evidence is that she died several months ago. The Order of the Phoenix informs us that her body showed unmistakable signs of injuries inflicted by Dark Magic."
— Lee Jordan comments upon Bathilda's murder[src]

Sometime after her interview with Rita Skeeter, Bathilda was murdered through the Dark Arts[15] and her body was animated by Lord Voldemort. Voldemort did this using his snake, Nagini. He left Nagini in her cottage as a trap, reasoning that Harry Potter may visit Godric's Hollow to see his parents' grave and their destroyed home, since he was no longer at Hogwarts and had never before had the opportunity to visit Godric’s Hollow.

On the following Christmas Eve, Hermione Granger and Harry did so, thinking that perhaps Dumbledore had left Godric Gryffindor's Sword there for them to be able to destroy the Horcruxes they were hunting. The pair met the possessed woman and were almost captured when "Bathilda" lured them into her home. After determining Harry's identity, Nagini leapt from Bathilda's body to attack him, leaving the old woman for good. The plan, however, failed, and Harry and Hermione escaped.[2]

Bathilda's body was later found, and her death by dark magic was reported by Potterwatch.[15] 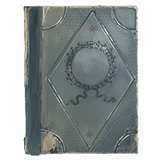 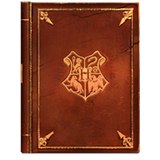 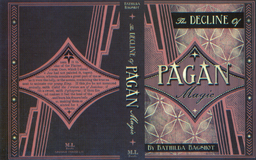 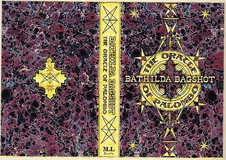 "Now that he was beside her, Harry realised how tiny she was; bowed down with age, she came barely level with his chest. She closed the door behind them, her knuckles blue and mottled against the peeling paint... Her eyes were thick with cataracts and sunken into folds of transparent skin, and her whole face was dotted with broken veins and liver spots... she unwound a moth-eaten black shawl, revealing a head of scant white hair through which the scalp showed clearly through. "
— Description of her appearance[src]

An elderly Professor Bagshot was a tiny woman, her head at the level of seventeen-year-old Harry Potter's chest. At the time that Harry Potter met her, she was stooped, her eyes were thick with cataracts, and her hair was scant and white, with her scalp clearly visible. Her face had some liver spots and broken veins.[2]

"Unfortunately, the brilliance that Bathilda exhibited earlier in her life has now dimmed. "The fire's lit, but the cauldron's empty," as Ivor Dillonsby put it to me, or, in Enid Smeek's slightly earthier phrase, "She's nutty as squirrel poo."
— The Life and Lies of Albus Dumbledore by Rita Skeeter[src]

Little is known of Bathilda's personality. One can presume she was friendly and amiable, having tried to befriend Kendra Dumbledore in the 1890s with a batch of homemade Cauldron Cakes.[9] She regarded Albus Dumbledore as something like a protégé[4] and was friendly with Lily Potter in the early 1980s.[8] She was a brilliant witch and historian in her youth, but during her later years she was quite possibly becoming senile.[4]

The Harry Potter Wiki has 16 images related to Bathilda Bagshot.

Deutsch Español Suomi Français 日本語 Polski Português do Brasil Русский
*Disclosure: Some of the links above are affiliate links, meaning, at no additional cost to you, Fandom will earn a commission if you click through and make a purchase. Community content is available under CC-BY-SA unless otherwise noted.
Advertisement