Harry looked down at the blackthorn wand. Every minor spell he had cast with it so far that day had seemed less powerful than those he had produced with his phoenix wand. The new one felt intrusively unfamiliar, like having somebody else's hand sewn to the end of his arm.Harry Potter's usage on the wand

This wand was 10" long, made of blackthorn, and had an unknown core material.

When Ron returned to his friends Harry Potter and Hermione Granger shortly afterwards, he gave this wand to Harry, whose own holly wand had been accidentally broken by Hermione when she drove Nagini away from him with a Blasting Curse, when they were attacked in Godric's Hollow. The blackthorn wand was described as being clumsy and unwieldy compared to Harry's original wand. Also the wand seemed to not only cast weaker spells but required more effort to cast them.

Harry found that the wand did not work very well for him, as he had not won it himself; he overall did not like it, as it felt like an intrusively equipment that had been crudely replaced his more valued wand. After a skirmish in Malfoy Manor in 1998, Harry would use Draco Malfoy's wand, until repairing his own with the Elder Wand. The blackthorn wand was left at Malfoy Manor along with Hermione Granger's wand and Ronald Weasley's wand. It was because Harry wielding this wand that the Malfoys originally had their doubts it was the real Harry they had captured, and when Voldemort arrived he deduced, via this wand, that Harry lost his original holly wand.[2] 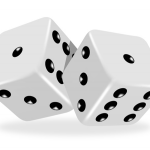