"The Brazilian school for magic, which takes students from all over South America, may be found hidden deep within the rainforest."
— Basic description of Castelobruxo[src]

Castelobruxo was the Brazilian wizarding school. Located amid the Amazon rainforest in northern Brazil, it accepted students from all over South America.[1] It has produced a number of famous ex-students, including one of the world’s most famous potioneers, Libatius Borage.[1]

Castelobruxo castle was an imposing square edifice of golden rock, often compared to a temple. The school was bewitched to appear as a ruin to Muggles, and both building and grounds were protected by Caipora.[1]

Castelobruxo was implied to be at least as old as Hogwarts — that is, over a thousand years. This was due to the fact that both castles had been enchanted since their beginnings so they appeared as a ruin to Muggles; it was debated which school first came up with the idea.[1]

During Armando Dippet's tenure as Hogwarts Headmaster, he was visited by Benedita Dourado, then-Headmistess of Castelobruxo. When Dippet complained about the antics of Peeves the Poltergeist, Dourado offered to send him some Caipora to show him "what trouble really is" (the offer was not accepted).[1]

"Bill had a pen-friend at a school in Brazil once. He wanted Bill to go on a student exchange trip, but Mum and Dad couldn't afford it. So the pen-friend got all offended and sent him a cursed hat, it made his ears shrivel up."
— Ron Weasley regarding Bill's pen-friend from Castelobruxo[src]

Bill Weasley once had a pen-friend who attended this school. He wanted Bill to participate in a student exchange programme, but the Weasley family was unable to afford the trip. Offended, he sent Bill a cursed hat which made his ears shrivel up.[2]

During the 1986–1987 school year, ancient ruins were discovered beneath the school and the famous Curse Breaker Patricia Rakepick travelled to the school to investigate these ruins. During the exploration, she met with Albus Dumbledore, who invited her to work at Hogwarts as the Defence Against the Dark Arts professor the next year.[3]

The same year, the Castelobruxo Hippogriff Club sent a copy of the first edition of Have Yourself a Fiesta in a Bottle! by Libatius Borage to their counterparts at Hogwarts as a goodwill gift. Unfortunately, the book was destroyed by Squawk, a baby Occamy in the Hogwarts club's care. However, the students were able to restore the book and sent the Castelobruxo club some Laughing Potion brewed from the book's recipe in return.[4]

In the 1989-1990 school year, Alanza Alves moved from Castelbruxo to Hogwarts as an exchange student.[5]

Castelobruxo students were especially advanced in Herbology and Magizoology,[1] and the school offered very popular exchange programmes for students from European wizarding schools.[1][5]

Students at Castelobruxo wore bright green robes outlined by yellow line patterns, with red ring patterns on both of the upper sleeves, and yellow and blue triangular patterns in a stripe halfway up the hem with two tassels of the same colours attached to it.[1][6] 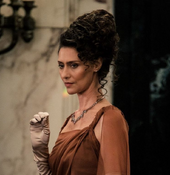 The Harry Potter Wiki has 2 images related to Castelobruxo.

Deutsch Deutsch Español Français Italiano 日本語 Polski Português do Brasil Русский 中文
*Disclosure: Some of the links above are affiliate links, meaning, at no additional cost to you, Fandom will earn a commission if you click through and make a purchase. Community content is available under CC-BY-SA unless otherwise noted.
Advertisement