Wizarding world
China is the third largest country in the world by size, and the largest by population. Stretching across a large swath of eastern Asia, its capital of Beijing is located in the northeastern corner of the country. The autonomous region of Tibet is also located within China.

In July 1996, The Guardian reported that the current Dalai Lama was given the Congressional Gold Medal of Honor by the United States, which China objected to strongly,[1] presumably due to the Tibetan sovereignty issue.

Jixi may have had a community of note in the wizarding world, as the Daily Prophet reported on its weather in its international section. Also, many different wand woods were from here, for instance, Redwood trees grow here, as well as in North America.

In 2010, the Chinese National Quidditch team participated in the 2010 Quidditch World Cup. The final was between China and Moldova, with Moldova winning 750 to 640. The match lasted three days, and it was widely held to have produced some of the finest Quidditch seen this century.[2]

China was governed by a Ministry of Magic.[3]

In 2019, members of the Statute of Secrecy Task Force accompanied a team of Magizoologists from the Calamity World Centre in England to China, where they spent several days in stillness trying to safely see and capture a Demiguise, which benefited them as a test of patience, perseverance, and focus.[4]

Cho Chang, a love interest of Harry Potter, as well as her grandfather, were presumably of Chinese heritage. 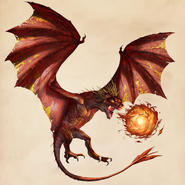 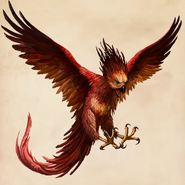 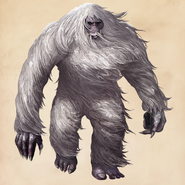 Yeti (Tibet)
Add a photo to this gallery

The following creatures were found throughout the Far East: 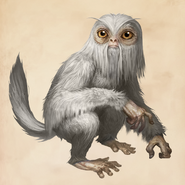 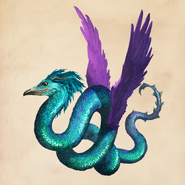 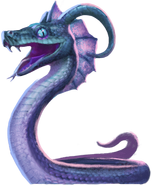 Horned Serpent
Add a photo to this gallery

The following creatures were found throughout the Pacific Ocean:

Sea Serpent
Add a photo to this gallery

The Chinese Chomping Cabbage was native to China.[9]

Retrieved from "https://harrypotter.fandom.com/wiki/China?oldid=1388531"
*Disclosure: Some of the links above are affiliate links, meaning, at no additional cost to you, Fandom will earn a commission if you click through and make a purchase. Community content is available under CC-BY-SA unless otherwise noted.