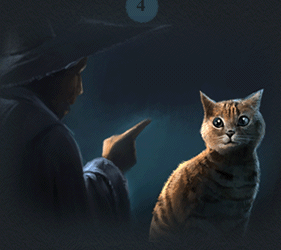 Some wizards and witches have the magical ability to talk to and communicate with animals.[1]

Parseltongue is the language of snakes. It appears that it can be learnt like any other language, as evidenced by Albus Dumbledore. However, a wizard or witch known as a Parselmouth can understand it naturally and speak back to snakes, often not even realising they are no longer speaking the human tongue.[2] This ability is extremely rare and hereditary. Salazar Slytherin was an infamous Parselmouth, and his descendants, such as Lord Voldemort, inherited this trait. Harry Potter also acquired this ability when part of Voldemort's soul bonded with him the night he tried to kill Harry. When the piece of Voldemort's soul inside him was destroyed, Harry thought he would lose the ability but 22 years in 2020 later he used Parseltongue to open the secret room of Delphini.[3]

Other wizards, like Rubeus Hagrid and Newt Scamander for example, had an innate ability to communicate and bond with all kinds of animals. Animagi have also demonstrated being able to subtly influence animals while assuming their animal forms, as in the case of Peter Pettigrew who demonstrated an affinity with rats while in his rat form. Argus Filch demonstrates a high degree of communication with his cat, Mrs Norris, even though he was a Squib.

This article or section is a stub. You can help by expanding it.
Retrieved from "https://harrypotter.fandom.com/wiki/Communicating_with_animals?oldid=1252526"
*Disclosure: Some of the links above are affiliate links, meaning, at no additional cost to you, Fandom will earn a commission if you click through and make a purchase. Community content is available under CC-BY-SA unless otherwise noted.