Magical Congress of the United States of America (presumably)[1]

"The liquid has now turned to a black bubbling death potion. It rises up, surrounding Tina on her chair, almost engulfing her."
— Description[src]

This potion was a black potion contained within the Death Cell at the Magical Congress of the United States of America. It was used to carry out executions in the 1920s, especially in 1926 with the failed death sentence of Porpentina Goldstein.[1]

Prisoners were taken into the Death Cell and had their memories extracted by an executioner, which were subsequently placed into the potion. The potion had the ability to replay the memories in a manner similar to a Pensieve, with the added effect of keeping the condemned mesmerised and susceptible to suggestion.[1]

Once the condemned was placed in the chair, it would hover over the potion, allowing them to see their happiest memories for a final time.[1]

Once a wand, either that of the condemned or the executioner, (presumably as well as any other object) was added to the potion, the potion would become agitated and begin to rise up towards the condemned, while the chair would begin to lower into it.[1]

The potion was highly corrosive and would burn through both the chair and the person on it.[1]

In 1926, Newt Scamander and Tina Goldstein were sentenced to be executed in this fashion by Gellert Grindelwald (disguised as Percival Graves) for violating the International Statute of Wizarding Secrecy. Tina was nearly swallowed by the potion but was saved thanks to Newt and his Swooping Evil.[1] 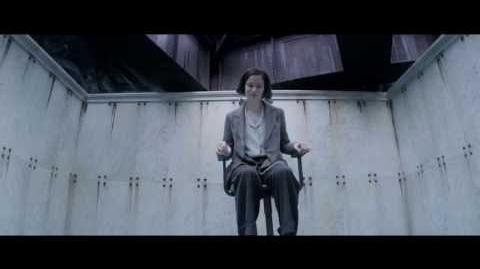 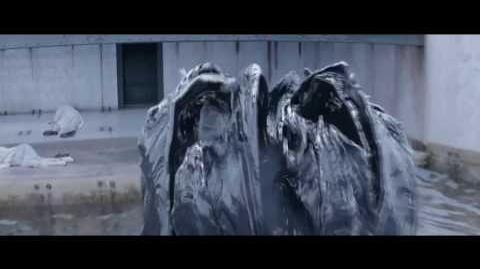 Deutsch Français Português do Brasil
*Disclosure: Some of the links above are affiliate links, meaning, at no additional cost to you, Fandom will earn a commission if you click through and make a purchase. Community content is available under CC-BY-SA unless otherwise noted.
Advertisement