This article is about the subject taught in wizarding schools. You may be looking for the magical discipline.

"So you have chosen to study Divination, the most difficult of all magical arts. I must warn you at the outset that if you do not have the Sight, there is very little I will be able to teach you. Books can take you only so far in this field..."
— Sybill Trelawney talking to the class about Divination[src]

Divination was an elective course taught at Hogwarts School of Witchcraft and Wizardry. It taught methods of divining the future, or gathering insights into future events, through various rituals and tools. The magic taught in this class, as well as the ability to say prophetic things was a branch of magic referred to as "Divination."[1]

Headmaster Albus Dumbledore had originally decided that this course should no longer be taught at Hogwarts. It was considered obscure and inaccurate to most. However, seeing that the applicant for the teaching post (Sybill Trelawney) was the great-great-granddaughter of the celebrated Seer Cassandra Trelawney, Dumbledore decided to give her a chance.

When Trelawney made a Prophecy that impressed Dumbledore, she was granted the position (though the true reason was to protect her from Lord Voldemort, who was desperate to hear the rest of the prophecy).[5]

"Broaden your minds, my dears, and allow your eyes to see past the mundane!"
— Sybill Trelawney to a Divination class[src]

Divination was an elective subject available beginning in a student's third year.[6][1] Students studied a myriad of ways to scry information about the future, including tea dregs, crystal balls, visions, and Astrology and horoscope charts. Other methods of divining the future included smoke patterns, dreams, tarot cards, and the interpretation of prophecies, though the latter is quite rare. Guides and textbooks allowed students of Divination to discern or translate what observed symbols intended to mean.

Some students, such as Percy Weasley, thought the subject very useful, especially when thinking about the future,[6] while others, such as the trio, could not achieve any success in this course, and regretted ever taking it. Hermione Granger eventually dropped the class, while Harry Potter and Ron Weasley, in order to scrape a pass in the course, merely made up plenty of things when it comes to predicting the future, not taking the work seriously.[7]

Harry and Ron usually added plenty of tragedies, so Professor Trelawney would be satisfied, despite the false predictions could be far-fetched. They would also make fun out of the class whenever possible, as when Ron saw nothing but thick white swirl in the crystal ball, he joked about foreseeing a very foggy night, to which his friends laughed.[1] Due to lack of interest leading to poor efforts, Harry was among the known students to have failed his Divination O.W.L., and ceased taking any advanced studies.[8]

Hermione Granger had great difficulty with Divination because it is not exact and "woolly," and she developed a disdain for the subject because it a subject in which studying and books cannot help if one lacks the natural ability.[1] She quit the subject after Professor Trelawney told her she lacked the talent,[9] which allowed her to return her Time-Turner and focus more on Ancient Runes and Arithmancy.[10][11] Minerva McGonagall shared Hermione's scepticism and her personal dislike for Professor Trelawney, whom McGonagall believed to be a fraud.[1] Albus Dumbledore also never took this subject himself.[12]

There was also a Divination homework meeting club, in which Divination students could study the subject together. Several fifth year students attended this group during the 1995–1996 school year.[13]

Students of this class convened in one of two places: Sybill Trelawney's classroom in the North Tower,[1] or Classroom Eleven where Firenze taught, which was on the ground floor of the castle.[2]

The classroom located in the North Tower was accessible through a circular trapdoor. The room was described as looking like a cross between somebody's attic and an old-fashioned tea shop. The Divination Stairwell led to this classroom, connected to the rest of the castle by a long corridor.[1]

"Now, I want you all to divide into pairs. Collect a teacup from the shelf, come to me, and I will fill it. Then sit down and drink, drink until only the dregs remain. Swill these around the cup three times with the left hand, then turn the cup upside down on its saucer, wait for the last of the tea to drain away, then give your cup to your partner to read. You will interpret the patterns using pages five and six of Unfogging the Future. I shall move among you, helping and instructing."
— Professor Trelawney teaching third-years Tessomancy[src]

"My dears, it is time for us to consider the stars. The movements of the planets and the mysterious portents they reveal only to those who understand the steps of the celestial dance. Human destiny may be deciphered by the planetary rays, which intermingle ..."
— Professor Trelawney introducing fourth-years to Astrology[src]

"You will find on the tables before you copies of The Dream Oracle, by Inigo Imago. Dream interpretation is a most important means of divining the future and one that may very probably be tested in your O.W.L. Not, of course, that I believe examination passes or failures are of the remotest importance when it comes to the sacred art of divination. If you have the Seeing Eye, certificates and grades matter very little. However, the headmaster likes you to sit the examination, so ..."
— Professor Trelawney regarding fifth-year Divination[src]

Albus Dumbledore hired Sybill Trelawney to become the Divination teacher circa 1979. Originally, Dumbledore plotted to scrap the subject altogether, and only gave Sybill an interview for the sake of her esteemed heritage. To his disappointment, she showed none of the prestige her celebrated ancestor did. As he was prepared to let her down gently, Trelawney entered a trance and made a prophecy regarding to the Dark Lord's downfall. Dumbledore immediately hired her, mostly to protect her from the Dark Lord, but also in hopes of hearing another genuine prophecy. Sybill, however, did not know this, due to the trance she was in.[5]

Sybill then began teaching Divination circa 1979, and was still teaching until 1998. Her beginner's class relied heavily on the art of scrying, however, Trelawney's teaching style did not go over well with most students. Only students Lavender Brown and Parvati Patil seemed to really take to the subject.[32] Others fell asleep in her heavily-incensed and stifling classroom or considered the class to be a joke. Hermione Granger decided to quit the class for good, as Trelawney told her that she had not the Inner Eye, and because she thought Trelawney's predictions were inaccurate, and the few accurate ones are due to mere chance.[9] Not many students liked her because they thought she was mad.

While her lessons were relatively safe, Professor Trelawney was renowned for predicting the death of a student each year. These prophecies never came true,[1] although Lavender Brown's did find out that her pet rabbit Binky had died on the predetermined date Professor Trelawney dictated on her first day of class.[32] Also, she had predicted that Neville Longbottom would break a cup from her china tea set.[1] She also issued a genuine prediction to Harry Potter that Voldemort's servant would return to him the same day and Voldemort would once again rise to full power stronger than before.[33]

Her rather ineffective teaching methods made her a primary target for Hogwarts High Inquisitor Dolores Umbridge's negative evaluations, being bombarded with questions and demands during probation, and eventually,[34] Trelawney was dismissed for inadequate performance.[2] She was reinstated at the end of the year.[35]

"Sibyll Trelawney may have Seen, I do not know, but she wastes her time, in the main, on the self-flattering nonsense humans call fortune-telling. I, however, am here to explain the wisdom of centaurs, which is impersonal and impartial. We watch the skies for the great tides of evil or change that are sometimes marked there. It may take ten years to be sure of what we are seeing."
— Firenze's unique approach to Divination[src]

Starting in 1995, Firenze began teaching Divination after Professor Trelawney was viciously fired by High Inquisitor Dolores Umbridge. Firenze's lessons took place in Classroom Eleven, on the ground floor, because he was a centaur and could not climb up a ladder that led in to Professor Trelawney's stifling classroom. His classes focused mainly on Astrology and a method of Fire-omens.[2] He continued to teach the subject until 1998.

The Dream Oracle by Inigo Imago[3] 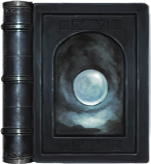 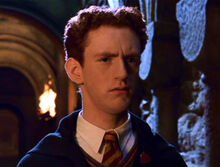 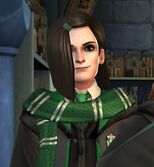 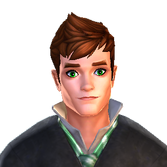 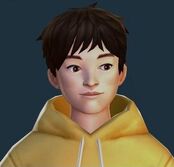 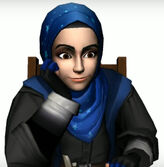 Deutsch Español Français Italiano Nederlands Polski Português do Brasil Русский
*Disclosure: Some of the links above are affiliate links, meaning, at no additional cost to you, Fandom will earn a commission if you click through and make a purchase. Community content is available under CC-BY-SA unless otherwise noted.
Advertisement