Dumbledore was the surname of a wizarding family famous for the achievements or notoriety of various members, particularly Albus Dumbledore.[4] The family had both magical and Muggle heritage.[5]

The Dumbledores originally lived in Mould-on-the-Wold, but moved to Godric's Hollow after Percival Dumbledore was sent to Azkaban for attacking Muggles; he did not inform the authorities that his actions were in retaliation for the Muggles' traumatising attack on his daughter, Ariana.[6] The Dumbledores were the subject of much gossip, since Ariana was rarely seen, and a fist fight broke out at her funeral between her older brothers.[7] The family was forced to hide Ariana as the traumatising attack had caused her to become an Obscurial, unable to control her suppressed powers.[2]

However, Albus Dumbledore soon became famous for his many accomplishments, including discovering the twelve uses of dragon's blood, defeating the Dark Wizard Gellert Grindelwald, and eventually becoming Headmaster of Hogwarts School of Witchcraft and Wizardry,[4] and leading the Order of the Phoenix.[8] In 1899, a duel between the Dumbledore brothers and Grindelwald resulted in Ariana's death.

In around 1901, Aberforth had a son, Aurelius Dumbledore with a girl that he fell in love with in Godric's Hollow. However, the girl was "sent away," presumably by her parents, either before or after Credence's birth, although Albus was aware of rumours that there was a child. Due to the strained relationship between the Dumbledore brothers, Aberforth neither confided in nor sought Albus' help.[2] Aurelius was eventually sent away to America with an aunt, where he was adopted by Mary Lou Barebone and given a new name, Credence Barebone.[2]

In 1932, Credence attacked Albus and accused him of abandoning him, revealing to Albus that he was supposedly a member of the Dumbledore family. During a duel between the two, Credence's phoenix spread ashes on his body and Albus realised that Credence really was a Dumbledore and that he was actually Aberforth's long-lost son. However, by this point, Credence was dying due to his nature as an Obscurial slowly poisoning him, something that Albus sadly recognised from his experiences with Ariana. After foiling Grindelwald's plans at The Walk of the Qilin Ceremony, Credence, in poor health, accepted his father's offer to come home with him.[2] 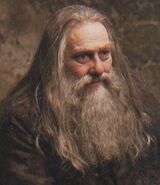 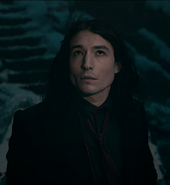 Dumbledore is an old English word for "bumblebee". J. K. Rowling stated she imagined Albus Dumbledore flitting about Hogwarts Castle humming to himself, as a 'bee' would do.

Deutsch Deutsch Español Français 日本語 Polski Português do Brasil
*Disclosure: Some of the links above are affiliate links, meaning, at no additional cost to you, Fandom will earn a commission if you click through and make a purchase. Community content is available under CC-BY-SA unless otherwise noted.
Advertisement