Harry Potter and the Philosopher's Stone

As the game begins, you're starting your first year at Hogwarts. You explore the school and its grounds, gather items for potions, cast spells and battle a dazzling spectrum of adversaries in turn-based wizard challenges. Diversions abound as you solve action-oriented puzzles with Hermione Granger, Ron Weasley, Albus Dumbledore and a host of unforgettable characters from the now internationally acclaimed J. K. Rowling book. Colourful graphics render Harry's mystical world in spirited detail, making the journey from Privet Drive to Diagon Alley and the Gringotts, then on to Hogwarts and the Forbidden Forest, enchanting and exciting. You can also trade and collect famous wizard cards to unlock rewards and increase Harry's skills. You can trade cards with a friend using a Game Link cable. And as you attain experience points for Harry, you can upgrade spells and improve Harry's strength so he can take on new opponents. Harry Potter and the Philosopher's Stone is guaranteed to cast a spell on you.

What if you could leave the nonmagical world of the Muggles behind and enrol in Hogwarts School of Witchcraft and Wizardry? Now you can find out in Harry Potter and the Philosopher's Stone for the Game Boy Advance. Play as Harry, the precocious wizard, and adventure with 20 amazing characters from the J. K. Rowling book that started it all.

Master your wizardry skills as you work through your first year at Hogwarts. Each term offers new and exciting challenges, such as piloting a broomstick through the Forbidden Forest, learning to cast spells and mix potions, scoring house points for Gryffindor, and more. You'll have to work hard to succeed — there are 29 different objectives to complete, as well as obstacles and enemies to avoid.

Hermione Granger, Ron Weasley, Rubeus Hagrid, Albus Dumbledore, and 16 other unforgettable characters from the book join Harry in chasing down Hagrid's runaway pets, taking flight to compete at Quidditch, navigating the maze of Gringotts, and completing other adventurous scenarios. Along with the school and its grounds, you'll explore Diagon Alley, Privet Drive, the Forbidden Forest, and more.

Harry Potter and the Philosopher's Stone offers colourful 2-D graphics that render the action-driven puzzles and minigames in spirited detail. And as Harry, you'll experience the daring and fun of life at Hogwarts, as well as the awesome responsibility of finally finding the Philosopher's Stone and challenging He-Who-Cannot-Be-Named.[1]

Differences between the book/movie and this game version 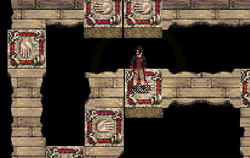 Français
*Disclosure: Some of the links above are affiliate links, meaning, at no additional cost to you, Fandom will earn a commission if you click through and make a purchase. Community content is available under CC-BY-SA unless otherwise noted.
Advertisement