"Live the unwritten"
— Tagline of the game[2]

Hogwarts Legacy is an upcoming open-world action role-playing game set in the 1800s in the wizarding world. Developed by Avalanche Software and published by Warner Bros. Interactive Entertainment under the Portkey Games label, the game will be released on PS4, PS5, Xbox One, Xbox Series X/S, Nintendo Switch, and PC[3] within the fourth quarter of 2022.[2]

"Experience Hogwarts in the 1800s. Your character is a student who holds the key to an ancient secret that threatens to tear the wizarding world apart. You have received a late acceptance to the Hogwarts School of Witchcraft and Wizardry and soon discover that you are no ordinary student: you possess an unusual ability to perceive and master Ancient Magic. Only you can decide if you will protect this secret for the good of all, or yield to the temptation of more sinister magic.
Discover the feeling of living at Hogwarts as you make allies, battle Dark wizards, and ultimately decide the fate of the wizarding world. Your legacy is what you make of it."
— Hogwarts Legacy website[2]

Players will create a character who will attend Hogwarts School of Witchcraft and Wizardry as a fifth-year student in the 1890s. They will experience the life of a student as they live the unwritten and embark on a dangerous journey to uncover a hidden truth of the wizarding world.

The game was originally leaked on Reddit in October 2018 alongside an now-deleted unofficial trailer that showed an extensive character creation, spell-casting, magical creatures, and exploration. No official comment was given by either Warner Bros nor J. K. Rowling, although many reputable sources inside WB Avalanche, including high ranking employees, teased or claimed to know of the game.[4][5][6][7]

The game was announced via a video game showcase stream by Sony on 16 September 2020.[8] It was set to be available to players in 2021, but the date was later delayed to 2022 to continue developing the game for a better experience for players.[1]

On 17 March 2022, PlayStation revealed a State of Play presentation that featured 20 minutes of gameplay and behind the scenes content.[9][10] Community manager Chandler Wood revealed that the game will not have any microtransactions.[11] 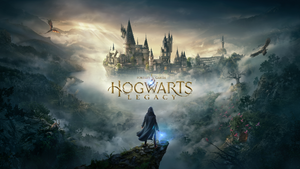 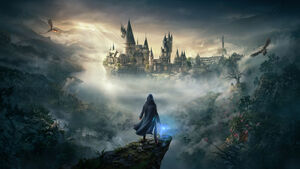 Promotional wallpaper as part of marketing 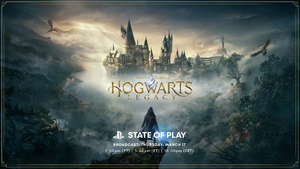 Promotional State of Play by PlayStation 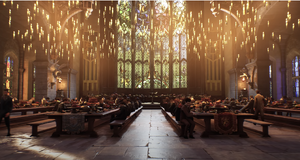 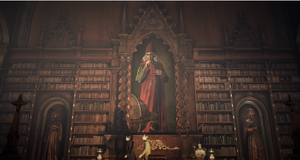 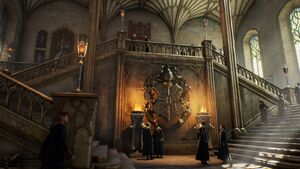 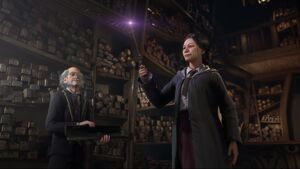 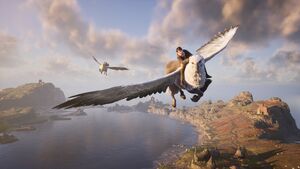 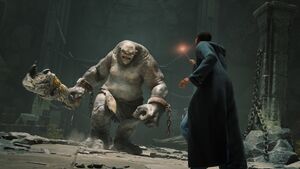 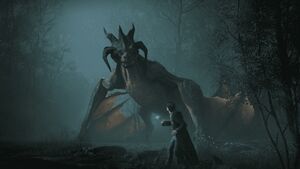 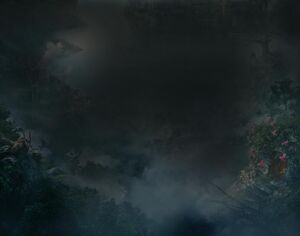 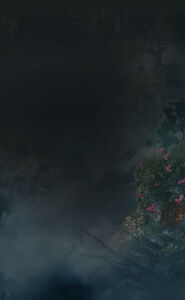 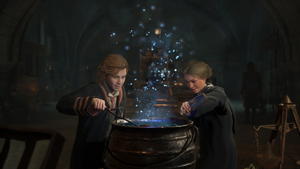 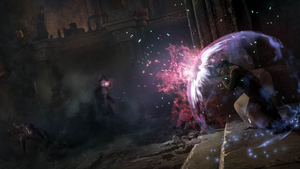 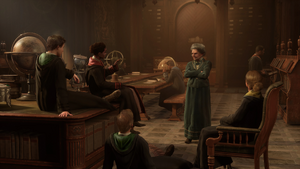 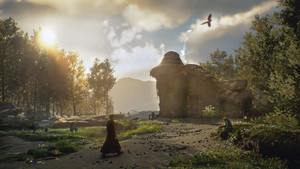 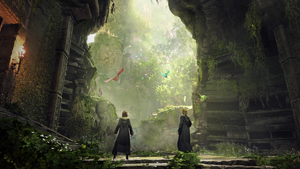 The Harry Potter Wiki has 55 images related to Hogwarts Legacy.

Deutsch Français Polski Русский
*Disclosure: Some of the links above are affiliate links, meaning, at no additional cost to you, Fandom will earn a commission if you click through and make a purchase. Community content is available under CC-BY-SA unless otherwise noted.
Advertisement