This Magical Creatures Reserve was a reservation set up in a secluded area somewhere on the grounds of Hogwarts Castle for the protection of magical creatures which have difficulty existing in Muggle-inhabited areas.[1]

It was overseen by the Groundskeeper, in which the Care of Magical Creatures teacher was presumably also involved, with the occasional help of volunteering student assistants. Rubeus Hagrid and Jacob's sibling regularly took care of a wide variety of magical beasts in this reserve from the mid-1980s to their graduation in 1991.[1] The decision of which magical creatures could stay at the reserve was reserved for the Hogwarts Headmaster, sometimes with the input of the Department for the Regulation and Control of Magical Creatures if said creatures were particularily dangerous.[1]

A Gnome burrowing in the Forest

A Fairy found in the Forest 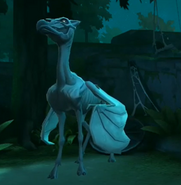 A Thestral found in the Dark Forest 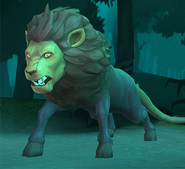 A Chimaera found in the Dark Forest 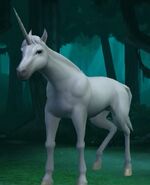 A Unicorn found in the Dark Forest

A Griffin found in the Rocky Mountains 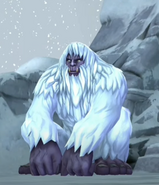 A Yeti found in the Rocky Mountains

A Diricawl found in the Grasslands

Retrieved from "https://harrypotter.fandom.com/wiki/Magical_Creatures_Reserve?oldid=1428067"
*Disclosure: Some of the links above are affiliate links, meaning, at no additional cost to you, Fandom will earn a commission if you click through and make a purchase. Community content is available under CC-BY-SA unless otherwise noted.