Magical Water Plants of the Highland Lochs was a Herbology book written by Hadrian Whittle. The book contained information about the magical aquatic plant Gillyweed, which upon consumption, allowed someone to breathe underwater.[1] 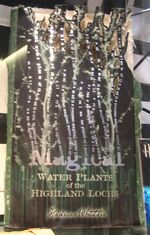 Français Polski Русский
*Disclosure: Some of the links above are affiliate links, meaning, at no additional cost to you, Fandom will earn a commission if you click through and make a purchase. Community content is available under CC-BY-SA unless otherwise noted.
Advertisement