"Hello, there! Seems yeh might be interested in a bit o' Magizoology? Carin' for magical creatures has been me passion for as long as I can remember. As a Magizoologist, yeh learn powerful magic and tame the most powerful beasts known to the Wizarding World. Once you get past the biting, there's nun' better."
— Rubeus Hagrid addressing the S.O.S. members pursuing a career in Magizoology[src]

Magizoology was the study of magical creatures. Wizards and witches in this field were referred to as Magizoologists.[1][2] The most famous Magizoologist was Newt Scamander, author of Fantastic Beasts and Where to Find Them.[1] There were many different sub-categories in this field, such as dragonologists, as well as specialists.[1]

This subject was a class taught at Castelobruxo, where students were especially skilled in it.[3]

A Magizoologist was a wizard or witch who studied magical creatures (a field known as Magizoology); though they may possibly also be referred to as "wizarding naturalists".[1] A witch or wizard may not have needed to have graduated from a school to become a Magizoologist.[4]

The Scamander family had many members that have worked as Magizoologists. One of the most famous Magizoologists was Newt Scamander. He was the author of Fantastic Beasts and Where to Find Them. Early in life, Scamander developed an interest in magical creatures that was influenced by his mother's breeding of hippogriffs.[1] Newt's grandson Rolf and his wife Luna were considered wizarding naturalists.

A Care of Magical Creatures class was an optional class taught at Hogwarts School of Witchcraft and Wizardry (and other magical schools such as Ilvermorny School of Witchcraft and Wizardry) for students who wished to learn about magical beasts.[5][6] Fantastic Beasts and Where to Find Them was a required textbook for the class,[1] and the professor of the subject was considered a Magizoologist, since they educated others about creatures.[2] Rubeus Hagrid was the Care of Magical Creatures professor at Hogwarts from the 1993–1994 school year onwards,[7][6] with his predecessor being Silvanus Kettleburn.[7]

A dragonologist was a Magizoologist who specialised in the study of dragons.[8][9][10][2]

As Magizoologists worked with many creatures, the perceived dangerousness of working with each creature may have been higher than others. As such, the Department for the Regulation and Control of Magical Creatures at the Ministry of Magic created a classification of every known beast, being and spirit. These offered a glance and guide into the life of a Magizoologist.[1]

Fantastic Beasts and Where to Find Them[1][11] 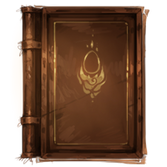 Dragon Breeding for Pleasure and Profit[8] 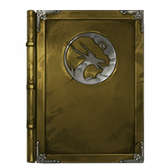 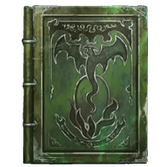 From Egg to Inferno: a Dragon-Keeper's Guide[8]

Dragon Breeding for Pleasure and Profit[8]

The Dark Forces: A Guide to Self-Protection[13]

Zoology is the branch of biology that focuses on the structure, function, behaviour, and evolution of animals. Magizoology is a combination of the words "magic" and "zoology".

Deutsch Deutsch Español Français 日本語 Русский
*Disclosure: Some of the links above are affiliate links, meaning, at no additional cost to you, Fandom will earn a commission if you click through and make a purchase. Community content is available under CC-BY-SA unless otherwise noted.
Advertisement