Mahoutokoro (Japanese: ,[3][4] Mahōtokoro) was the Japanese wizarding school, located on the topmost point of the volcanic island of Minami Iwo Jima. It had the smallest student body of the eleven major wizarding schools.[1]

The school was located at the topmost point of Minami Iwo Jima, a volcanic island in the southern tropical region of Japan. Described as an ornate and exquisite palace made of nephrite or "mutton-fat jade", a translucent white stone. Both island and palace were thought to be uninhabited by Muggles.[1]

"As our competitors ascend to the second stage of the championship, our Japanese champion from Mahoutokoro still leads the group."
— Mahoutokoro student competing in the Wizarding Schools Potions Championship[src]

Mahoutokoro was possibly one of the oldest wizarding schools, as it was described as "ancient".

Quidditch was introduced to Japan and to Mahoutokoro centuries ago by a band of foolhardy Hogwarts students who were blown off course during an attempt to circumnavigate the globe on wholly inadequate broomsticks. Rescued by a party of wizarding staff from Mahoutokoro, who had been observing the movements of the planets, they remained as guests long enough to teach their Japanese counterparts the rudiments of the game, a move they lived to regret. It was because of the Hogwarts students teaching them Quidditch, that Japan beat them in the Quidditch World Cup, due to Japan practising in bad weather, dodging not only Bludgers, but also Muggle planes.[1]

During the 1990–1991 school year, Jacob visited Mahoutokoro and returned with the Dark Scroll after Kazuhiro Shiratori was captured.[5]

Recently, a student from Mahoutokoro competed in the Wizarding Schools Potions Championship.[6]

Mahoutokoro had the reputation of having an impressive academic prowess, and an outstanding reputation for Quidditch.

Every member of the Japanese National Quidditch team and the 2016 Champion's League winners, the Toyohashi Tengu, attributed their prowess to the gruelling training they were given at Mahoutokoro, where they practised over a sometimes turbulent sea in stormy conditions, forced to keep an eye out not only for the Bludgers but also for planes from the Muggle airbase on a neighbouring island.[1]

Students of this school prized wands made out of cherry wood, and those who owned them were held in a place of high honour.[7]

The school took students from the age of seven, although they did not board until they were eleven. While day students, wizarding children were flown back and forth to their homes every day on the backs of a flock of giant storm petrels.[1]

When students started off at the school, they were given robes that grew as they grew and changed colour as the wearer gained experience, with pink as the beginning colour. If the wearer received top grades in all the school subjects, their robes would turn gold.

Any student who betrayed the Japanese wizard's code or practised Dark Arts would result in their uniform turning white, which was a huge disgrace, and the student in question would be immediately expelled.[1] 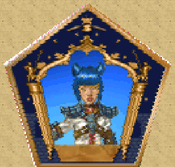 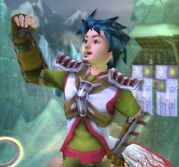 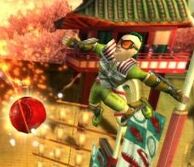 Deutsch Deutsch Español Français Italiano 日本語 Polski Português Русский Українська 中文
*Disclosure: Some of the links above are affiliate links, meaning, at no additional cost to you, Fandom will earn a commission if you click through and make a purchase. Community content is available under CC-BY-SA unless otherwise noted.
Advertisement