Between Europe, Asia and Africa

The Mediterranean Sea is a sea that runs between Europe, Asia and Africa. It is connected to the Atlantic Ocean by a narrow channel called the Strait of Gibraltar.[1]

The island nation of Cyprus is located at the eastern end of the Mediterranean Sea.[2] Minas, a wizard or witch who worked for the British Ministry of Magic, was given a high-profile job in this country in 1995.[3]

Native to the Mediterranean Sea 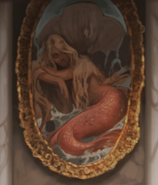 Siren[4]
Add a photo to this gallery

Native to the Mediterranean Sea

Gillyweed[5]
Add a photo to this gallery

Retrieved from "https://harrypotter.fandom.com/wiki/Mediterranean_Sea?oldid=1291111"
*Disclosure: Some of the links above are affiliate links, meaning, at no additional cost to you, Fandom will earn a commission if you click through and make a purchase. Community content is available under CC-BY-SA unless otherwise noted.