Governing the magical population of their respective country[1]

"Ministry of Magic? People like you in government? Oh, this explains everything, everything, no wonder the country's going to the dogs."
— Vernon Dursley to Harry Potter[src]

In Great Britain, at least, the term "Ministry of Magic" seemed to be synonymous with "form of wizarding government", since the term was, on occasion, loosely applied to also refer to the Wizards' Council that preceded the British Ministry.[2]

Known countries with Ministries of Magic 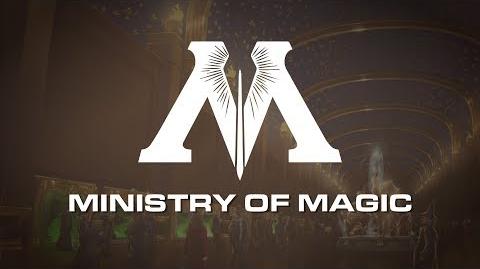 Español Suomi 日本語 Norsk Português do Brasil Svenska 中文
*Disclosure: Some of the links above are affiliate links, meaning, at no additional cost to you, Fandom will earn a commission if you click through and make a purchase. Community content is available under CC-BY-SA unless otherwise noted.
Advertisement