Black and white with one magpie on the chest, and another on the back.

The Montrose Magpies were a Quidditch team that played in the British and Irish Quidditch League. The team was the most successful in League history, having won the League Cup thirty-two times and the European Cup twice.

Minerva McGonagall was an avid supporter of the Montrose Magpies, having grown up in Scotland.[2] Magpies supporters banners were available to buy in Quality Quidditch Supplies in 1992.[3]

Seeker Eunice Murray who once petitioned for a "faster Snitch because this is just too easy" died.

Legendary Quidditch Captain and Chaser for the Montrose Magpies, Fabius Watkins was involved in a freak collision with a helicopter. He died instantly.

During the 1985–1986 school year, Wigtown Wanderers player Ethan Parkin was injured during a match with the Montrose Magpies. This caused his daughter, Skye Parkin, to temporarily leave Hogwarts before the Quidditch team tryouts that year to return home and check on him. Fortunately, Ethan was recovering well and Skye returned in time to compete.

To the surprise of the Quidditch-playing world, the Patonga Proudsticks, an African Quidditch team, held the Montrose Magpies to a draw.

In 1998, Chaser Alasdair Maddock was becoming inordinately fond of Muggle sport, but claimed he "only tried football for a laugh".

In 1999, Maddock was blamed for the Magpies' loss to the Kenmare Kestrels, due to his attempts at using techniques from Muggle football. Magpies Seeker Lennox Campbell missed the Snitch when it was kicked at him by one of his Chasers (presumably Maddock).

Maddock was sacked by Magpies manager Cormack McLeod before their game against Caerphilly Catapults, having been caught trying to play golf. He was replaced by former Catapults player Angus Campbell.

Bodmin Moor Millenium Stadium was the site of a league final between Montrose Magpies and Puddlemere United sometime in the late 1990s.[4] 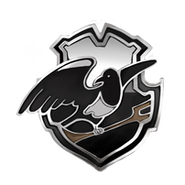 A badge of this team 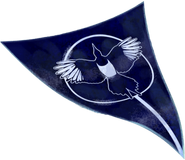 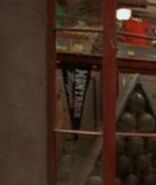 Deutsch Español Français Italiano Nederlands Norsk Polski Português do Brasil Русский 中文
*Disclosure: Some of the links above are affiliate links, meaning, at no additional cost to you, Fandom will earn a commission if you click through and make a purchase. Community content is available under CC-BY-SA unless otherwise noted.
Advertisement