Norberta[2] (born Norbert; Spring of 1992)[1] was a female[2] Norwegian Ridgeback Dragon hatched by Rubeus Hagrid in his hut at Hogwarts School of Witchcraft and Wizardry.[1]

During the 1991–1992 school year, Professor Quirinus Quirrell, trying to figure out how to get past Fluffy and retrieve the Philosopher's Stone, disguised himself and enticed Rubeus Hagrid to play a game of cards by wagering Norberta's egg. They had a few drinks, and Quirrell asked him if he was sure he could handle raising a dragon. Hagrid told him about how he managed Fluffy, inadvertently giving Quirrell the information he needed. Hagrid later assumed that 'the stranger' was a Dragon dealer.[3]

Rubeus Hagrid kept the egg in his hut, warming it over a fire until it hatched. Ron, Harry, and Hermione were present when Norberta hatched. Also present (though at first unknown) was Draco Malfoy, who peered through a window of Hagrid's hut. The trio feared that Hagrid would get in trouble, and so convinced him to get rid of the dragon. The baby dragon looked "like a crumpled black umbrella" with large spiny wings, a skinny body and a long snout with wide nostrils, horn stubs and bulging,orange eyes. Hagrid immediately adored her, although she tried to bite him. He named the newborn dragon "Norbert", and fed it with a bucket of brandy mixed with chicken blood every half hour, as recommended in Dragon Breeding for Pleasure and Profit.[1]

However, as the young dragon grew, it became too violent and dangerous to keep. After Norbert bit Ron Weasley's hand, for which he had to go to the Hospital Wing due to the venom in its fangs, Hagrid had no choice but to release Norbert to Charles Weasley, who worked with dragons in Romania.[1]

When Hagrid met Charlie at Bill Weasley and Fleur Delacour's wedding, he was informed that the dragon, originally thought to be a male named Norbert, was now called Norberta, as Charlie had discovered that she was in fact a female. He said that he was able to tell by the females being much more violent and ferocious.[2]

Norbert is a Germanic first name, derived from nord ("north") and berht ("bright"). Norberta is simply a feminine form of this name. 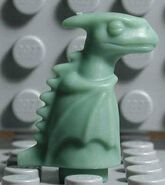 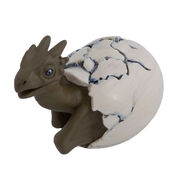 The Harry Potter Wiki has 23 images related to Norberta.

Retrieved from "https://harrypotter.fandom.com/wiki/Norberta?oldid=1393048"
*Disclosure: Some of the links above are affiliate links, meaning, at no additional cost to you, Fandom will earn a commission if you click through and make a purchase. Community content is available under CC-BY-SA unless otherwise noted.