"All at once there was a scraping noise and the egg split open. The baby dragon flopped onto the table. It wasn’t exactly pretty; Harry thought it looked like a crumpled, black umbrella. Its spiny wings were huge compared to its skinny jet body, it had a long snout with wide nostrils, the stubs of horns and bulging, orange eyes."
— Norberta the Norweigan Ridgeback dragon hatching in 1992[src]

The Norwegian Ridgeback is a species of dragon that is native to Norway, and its typical habitat is the Northern mountains. It is said to physically resemble a Hungarian Horntail.[1]

In 1802, a Norwegian Ridgeback was reported to have carried off a Whale Calf off the coast of Norway.[1]

In 1991, Rubeus Hagrid received a Norwegian Ridgeback egg from a hooded stranger in a pub. After hatching the egg, Hagrid named the creature Norbert, and tried to raise it with the help of Harry Potter, Hermione Granger and Ronald Weasley.[2] However, the dragon was discovered, and eventually Hagrid gave Norbert to Charlie Weasley, who took the young dragon to live with others of its kind in the Romanian Dragon Sanctuary where he worked.[2]

By 1997, it was discovered that Norbert was in fact a female dragon, so her name was changed to Norberta.[3]

During the Calamity which affected the wizarding world during the 2010s, whirlwind Confoundables trapped baby Norwegian Ridgeback Foundables, for which members of the Statute of Secrecy Task Force had to overpower with the spell Meteolojinx Recanto.[4]

It resembles the Hungarian Horntail, except for the black ridges on its back, the browner texture in its scales, and its less hostile attitude. It has venomous fangs, and its food of choice is large mammals, including water mammals, which is unusual for a dragon. Its eggs are black, and young Ridgebacks develop the ability to shoot flame earlier than any other breeds (around one to three months). Female Ridgebacks are generally more ferocious than the males.[1]

Norwegian Ridgeback is likely a play on Rhodesian Ridgeback, a South African hunting dog used, among other things, to hunt lions. Two other breeds of ridgeback dog exist, the Thai Ridgeback, and the Phu Quoc Ridgeback. Additionally, Ridgeback is a British bicycle company.

A Norwegian Ridgeback as seen in Harry Potter: Puzzles & Spells 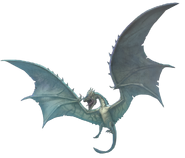 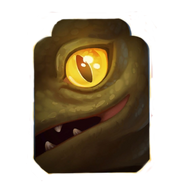 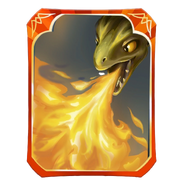 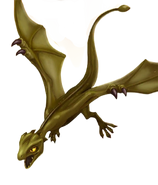 A Norwegian Ridgeback Back as seen in Harry Potter: Puzzles & Spells
Add a photo to this gallery

Retrieved from "https://harrypotter.fandom.com/wiki/Norwegian_Ridgeback?oldid=1411002"
*Disclosure: Some of the links above are affiliate links, meaning, at no additional cost to you, Fandom will earn a commission if you click through and make a purchase. Community content is available under CC-BY-SA unless otherwise noted.