Papua New Guinea is a tropical island country located in Oceania. Its capital is Port Moresby.[1] 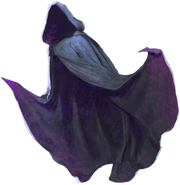 Lethifold
Add a photo to this gallery

In 1782, wizard Flavius Belby became the first and only wizard to survive a Lethifold attack on the island of Papua New Guinea.[2]

The country acquired its name in the 19th century. The word "Papua" derives from Malay papuah describing the frizzy hair of Melanesians. "New Guinea" comes from the Spanish explorer Íñigo Ortiz de Retes, who noted the resemblance of the local people to those he had earlier seen along the Guinea coast of Africa.[3]

Retrieved from "https://harrypotter.fandom.com/wiki/Papua_New_Guinea?oldid=1309587"
*Disclosure: Some of the links above are affiliate links, meaning, at no additional cost to you, Fandom will earn a commission if you click through and make a purchase. Community content is available under CC-BY-SA unless otherwise noted.