Prince was the surname of a wizarding family that may have been pure-blood[1]. The only known member of the family was Eileen Prince, a witch who married into the Muggle Snape family.

It is possible that Eileen had siblings or cousins who married and continued the family name. But if she did not and she was the last Prince, then the Prince family died out with her, and the female line of the family became extinct upon the death of her son Severus Snape, who never had children.

Prince is a general term for a monarch or a member of a monarch's family, and is a hereditary title of some European royalty, likely alluding to the aristocratic status of pure-blood families in the wizarding world. The word is derived from the Latin princeps, meaning "first", which was one of the titles of the Roman Emperor (as princeps civitatis, which means "first citizen"). The Prince is also the title of a famous political treatise by Niccolò Machiavelli; an interesting point considering that the adjective derived from the author's surname, Machiavellian, is defined as "attempting to achieve goals by cunning, scheming and unscrupulous methods", which may allude to the ideal traits of Slytherin house.[2] 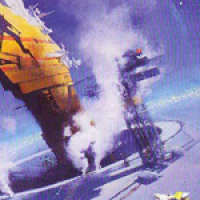