"This... is the Golden Snitch, and it's the most important ball of the lot. It's very hard to catch because it's so fast and difficult to see. It's the Seeker's job to catch it. You've got to weave in and out of the Chasers, Beaters, Bludgers, and Quaffle to get it before the other team's Seeker, because whichever Seeker catches the Snitch wins his team an extra hundred and fifty points, so they nearly always win. That's why Seekers get fouled so much."
— A Seeker's job during a Quidditch match[src]

"Oh, the thrill of the chase as I soar through the air,
With the Snitch up ahead and the wind in my hair,
As I draw ever closer, the crowd gives a shout,
But then comes a Bludger and I am knocked out."
— Ingolfr the Iambic[src]

The position of the Seeker, known as the Hunter, was introduced in response to Barberus Bragge's introduction of the Golden Snidget during a match in 1269 making it the newest position in the game.[3]

The 1269 game mentioned above was attended by Barberus Bragge, the Chief of the Wizards' Council. As a nod to the sport of Snidget-hunting, which was also popular at the time, Bragge brought such a bird to the game and released it from its cage. He told the players that one-hundred fifty Galleons — a large sum of money, particularly in those times — would be awarded to the player who caught the bird.[3]

This was easier said than done: the Snidget is very fast, very small, and can make sudden changes of direction at high speeds. The considerable challenge posed by the flight patterns of the bird is what made Snidget-hunting so popular in the first place.[3]

What happened at the Quidditch game in question was rather predictable: the players totally ignored the game, and each and every one simply went off in pursuit of the Snidget, which was kept within the arena by the crowd using Repelling Charms.[3]

A witch named Modesty Rabnott, who was also watching the game, took pity on the Snidget and rescued it with a Summoning Charm before rushing away with it hidden inside her robes. She was caught by a furious Bragge and fined ten Galleons for disrupting the game, but not before she had released the Snidget. This saved the life of this bird, but the connection with Quidditch had been made, and soon a Snidget was being released at every game. Each team had an extra player — originally called the Hunter, later the Seeker — whose sole job was to catch and kill the Snidget, for which one-hundred fifty points were awarded in memory of the one-hundred fifty Galleons offered by Bragge in the original game.[3]

The quickly declining number of Snidgets led to a substitute for the bird, hence the Golden Snitch came into play, and the position was given the name Seeker instead of Hunter.[3]

The Sunday edition of The New York Ghost published on 28 November 1926 had an article regarding to disqualified Seeker repenting the use of "unlawful elixir".[4]

Charlie Weasley was a Seeker on the Gryffindor Quidditch team. Oliver Wood stated "he could have played for England if he hadn't gone off chasing dragons".[1] Harry Potter was the youngest Seeker in a century, making the Gryffindor team in his first year at Hogwarts School of Witchcraft and Wizardry.[2]

By 1994, Viktor Krum, despite his young age, was generally perceived to be a top Seeker at the time.[5] Talent aside, he however had been unsuccessful in terms of winning the Quidditch World Cup.[6]

In 2006, Burkinabé Seeker Joshua Sankara was named the nation's Ministry of Magic due to securing a popular win against France, though he resigned two days later as he much preferred playing Quidditch.[6]

By the 2014 Quidditch World Cup, Krum was the oldest player in the competition.[7] At the time, a popular theory was that Bonawentura Wójcik and Luciano Volpi, both Seekers respectively playing for Poland and Italy, were actually one and the same. It was disproven in a press conference.[6] During the semifinal between Bulgaria and Japan, Krum, Japanese Seeker Noriko Sato, along with Bulgarian Beater Boris Vulchanov, received a standing ovation by all spectators for their sportsmanship.[8] Krum's dream of winning the Cup came truth after beating the Brazilian National Quidditch team in the final.

"Usually the lightest and fastest fliers, Seekers need both a sharp eye and the ability to fly one- or no-handed."
— Description of a Seekers' build[src]

Seekers were generally the smallest and lightest players on a team, and there was a certain glamour attached to playing as a Seeker. Generally, the Seeker was also the most fouled player on the team.

In team portraits, the Seeker sat in the middle of the first row.[9] 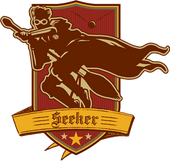 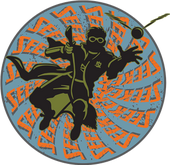 Čeština Deutsch Deutsch Español Suomi Français 日本語 Nederlands Polski Português do Brasil Türkçe
*Disclosure: Some of the links above are affiliate links, meaning, at no additional cost to you, Fandom will earn a commission if you click through and make a purchase. Community content is available under CC-BY-SA unless otherwise noted.
Advertisement