Hermione Granger: "Sir — what exactly do you mean by the ‘horror within’ the Chamber?"
Professor Binns: "That is believed to be some sort of monster, which the Heir of Slytherin alone can control."
— Description of the "horror" within the Chamber of Secrets[src]

The Serpent of Slytherin[2] was a female[3] Basilisk that was placed by Salazar Slytherin in the Chamber of Secrets at Hogwarts School of Witchcraft and Wizardry. The Basilisk could only be controlled by the Heir of Slytherin, Tom Riddle. Other Parselmouths (such as Harry Potter) had no control over her, though they still could understand her.[2]

Aragog (a rare Acromantula) was accused of being the monster of the chamber by Tom Riddle which sent Hagrid to Azkaban.[5] His name was later cleared and he was allowed back in Hogwarts.[6] The giant serpent was eventually slain by Harry Potter in May of 1993.

"The thing that lives in the castle is an ancient creature we spiders fear above all others."
— Aragog about the Basilisk[src]

Salazar Slytherin's Basilisk was born in the Chamber of Secrets, as revealed by Aragog.[5] Slytherin, in his spite of his fellow Hogwarts founders' acceptance of Muggle-borns into the school, left a Basilisk deep in the Chamber in the hope that one day, his true heir would unleash her to purge all those he deemed were unworthy to study magic at Hogwarts.[1]

First opening of the Chamber of Secrets

"But I know one thing — last time the Chamber of Secrets was opened, a Mudblood died."
— Draco Malfoy regarding the first opening[src]

In 1943, the Chamber of Secrets was opened by a Slytherin fifth-year named Tom Riddle, who was able to control the Basilisk through his status as the Heir of Slytherin. Riddle unleashed the Basilisk on the school, with his goal of ridding the school of all of its Muggle-borns. All the victims were merely Petrified, except for a student named Myrtle Warren, who was killed in the girls' bathroom on the second floor. A sink in that bathroom concealed the entrance to the Chamber of Secrets. Those events were nearly the cause for the permanent closing of Hogwarts.[7]

To avoid that undesirable consequence for Hogwarts, which was the closest thing that he had to a home, Riddle framed Gryffindor third-year Rubeus Hagrid for all the events, and claimed that Hagrid's pet Acromantula, Aragog, was responsible for the attacks. Hagrid was expelled, and the attacks stopped. However, Transfiguration Professor Albus Dumbledore became suspicious of Riddle and kept a very close watch over him during his remaining years at Hogwarts, thus preventing him from causing any further terror at the school since Riddle feared discovery. Dumbledore also convinced Armando Dippet, who was the Headmaster at that time, to allow Hagrid to stay at Hogwarts as gamekeeper.[7]

However, Riddle did not want his five years of hard work in finding out about the Chamber go to waste, and left behind a diary, which he had purchased that same year. The diary contained a portion of his own soul, in the hope that one day it would allow him to reopen the Chamber and reawaken the Basilisk by possessing an unwitting host.[2]

Second opening of the Chamber of Secrets

"THE CHAMBER OF SECRETS HAS BEEN OPENED. ENEMIES OF THE HEIR, BEWARE."
— The writing on the wall[src]

Fifty years after Riddle's original attack on Hogwarts, the Basilisk was re-awakened by a shade of Riddle that was generated by a Horcrux that he had housed in his old diary. That shade possessed Ginny Weasley after Lucius Malfoy had slipped the diary into her cauldron during a confrontation at Flourish and Blotts, as part of his plan to discredit her father, Arthur Weasley.[8][6]

However, although Riddle/Ginny had killed all of the Hogwarts roosters to prevent them from being used against the Basilisk,[9] no deaths occurred (Riddle implied that this was because of his obsession with exacting revenge on Harry Potter overrode even his desire to carry out his role in purging all of the Muggle-borns). The Basilisk managed only to petrify a few Muggle-born students and Argus Filch's cat, Mrs Norris.[1] The victims only saw the snake's gaze indirectly, either through a reflection or through something, such as a camera (with Colin Creevey)[10].

Nearly Headless Nick, a ghost, received the full force of the Basilisk's gaze, but as he was already dead, he was merely put into a Petrified-like state.[9] Using his own ability as a Parselmouth, Harry was able to hear the Basilisk[11] and attempted to find her.

Later in their search, Hermione Granger discovered the truth about the monster when reading a Magizoology book titled Most Macabre Monstrosities in the Hogwarts Library. She took to using a mirror to peer around corners, so she wouldn't accidentally come face to face with her. This precaution saved her life when she did indeed became one of the Basilisk's victims.[12][13]

When visiting her in the Hospital Wing, Harry and Ron read a piece of torn page from the book, and learned that the monster was indeed a Basilisk. Hermione had written "pipes" on the fragment, leading the boys to the conclusion that the Basilisk had been using the plumbing to navigate around the castle.[13] Harry and Ron (accompanied by a reluctant Gilderoy Lockhart), entered the Chamber of Secrets, where Ginny was held by Riddle.[13] After he was separated from Ron and the self-Obliviated Lockhart, Harry entered the Chamber, where he encountered the soul of Riddle, who explained to him he was really Voldemort. When Riddle then commanded his Basilisk to kill Harry, a battle commenced between Harry and the Basilisk.[2]

Main article: Skirmish in the Chamber of Secrets

"Speak to me, Slytherin, greatest of the Hogwarts Four."
— Riddle's fragmented soul summoning the serpent[src]

After the conversation between Harry and Riddle, the latter sent the Basilisk onto him. During the escape from Slytherin's serpent, Dumbledore's phoenix, Fawkes, came to the rescue. He was able to blind the Basilisk, which allowed Harry to fight her without the fear of being killed instantly by her gaze.[2]

After a period of hiding and running from the basilisk through the pipes, Harry obtained Godric Gryffindor's sword. He obtained the sword from the Sorting Hat, which had been brought to him by Fawkes. Harry lured her to the top of the Statue of Slytherin, where he slashed at the evil beast fiercely. While on top of the statue he almost dropped the sword, but was able to regain his footing.[14]

"It lunged blindly — Harry dodged and it hit the Chamber wall. It lunged again, and its forked tongue lashed Harry’s side. He raised the sword in both his hands — The basilisk lunged again, and this time its aim was true — Harry threw his whole weight behind the sword and drove it to the hilt into the roof of the serpent’s mouth — But as warm blood drenched Harry’s arms, he felt a searing pain just above his elbow. One long, poisonous fang was sinking deeper and deeper into his arm and it splintered as the basilisk keeled over sideways and fell, twitching, to the floor."
— Harry Potter slaying the Serpent of Slytherin with the Sword of Gryffindor[src]

The Basilisk lunged at him, and knocked Harry over, but just as she lunged again to kill him, Harry grabbed the sword and impaled the Basilisk through the roof of her mouth, mortally wounding her.

Unfortunately, one of her fangs pierced Harry in his sword arm as a result of the struggle, and splintered off as the Basilisk pulled away and flailed around in agony before she ultimately lost her ability to live and her massive weight finally brought her crashing down to the floor. Harry yanked the fang out, but knew it was too late: he had been wounded with her venom, and he felt the poison spreading. Harry was only saved by Fawkes' tears, and subsequently used the fang (on which his arm had been impaled) to destroy Riddle's diary, which he later discovered was one of Voldemort's seven Horcruxes.[2]

By 1998, the Basilisk's corpse was fully decomposed, which left just a skeleton. Another one of the Basilisk's fangs was used once again by Hermione to destroy another Horcrux, Helga Hufflepuff's Cup. The first fang's venom, which was absorbed by the sword that slew it due to its taking in only that which made it stronger, allowed it to destroy Salazar Slytherin's Locket.

While the sword slew Nagini, due to her being a living creature, it is unknown whether or not any Sword would have done the job.[15]

"KILL THE BOY! LEAVE THE BIRD! THE BOY IS BEHIND YOU. SNIFF — SMELL HIM."
— Riddle's fragmented soul on the serpent's bloodlust[src]

The Basilisk was an extremely powerful and dangerous beast. A horrifying monster with dark green scales, that creature was a violent and bloodthirsty beast of titanic size, and had deep yellow eyes. She possessed incredible strength and durability (she survived smashing her head against thick stone) and was resistant to a majority of spells.[2]

Direct contact with her gaze resulted in death, while an indirect look (or, in Nearly Headless Nick's case, getting a direct look and being a ghost) only resulted in Petrification, similar to the Gorgon's stare.[13] In addition, her fangs were so venomous that she could kill any living creatures that she pierced within minutes, and were capable of destroying Horcruxes; the venom's potency remained even after five years of her death. Even when blinded (which took away her deadly gaze) she could still sense her prey through smell and sound, and proved to be extremely dangerous, if not more so, despite her disadvantage.[2]

The Basilisk could breathe while submerged underwater, squeeze through the piping network of the school to go about undetected, and, by entering a state of hibernation, ceased to age as long as she remained asleep.[13]

The Basilisk's personality was not particularly complicated. Reflecting the personality of her master, she was extremely bloodthirsty and sadistic, based on what she said when Harry listened to her attacking her victims. She was blindly and unshakably devoted to the Heir of Slytherin, for aforementioned reasons. She had nerves of steel, and ferociously continued her goals no matter how many obstacles she encountered - including being blinded by a phoenix, at which point she resorted to using smell rather than sight.[2]

Known victims of the Basilisk

The following list shows all known Basilisk victims both Killed, Petrified, and otherwise harmed by the monster:

The only known direct victim of the Serpent is Myrtle Warren, a Ravenclaw Muggle-born student killed by Basilisk's look on June 13th, 1943, when Tom Riddle opened the Chamber of Secrets and summoned the monster. Warren was crying in one of the bathroom's cealings when Riddle summoned the Basilisk, and when she showed up in order to tell him to go away, as they were in the girls' bathroom, the Basilisk stared at her and killed her. She eventually came back as a ghost and ended up haunting the bathroom where she died.[7][13] Due to her habit of frequently crying, students nicknamed her Moaning Myrtle.[16]

Godric Gryffindor's Sword, which was imbibed with the Basilisk's venom,[2] destroyed Salazar Slytherin's Locket and Marvolo Gaunt's Ring, both of which also contained a piece of Riddle's Soul.[17] The Sword also slew the snake Nagini,[18] though the venom may not have been necessary to release the soul, due to the instability of Living Horcruxes. 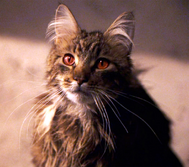 The Basilisk attacked several students in 1943 and petrified them.

After the 1992 opening of the Chamber of Secrets, the Basilisk attacked five students and Argus Filch's cat, Mrs Norris, but all of them indirectly saw her eyes and were petrified.[13] They eventually survived with no permanent injuries.[6]

Italiano Polski Português do Brasil Русский
*Disclosure: Some of the links above are affiliate links, meaning, at no additional cost to you, Fandom will earn a commission if you click through and make a purchase. Community content is available under CC-BY-SA unless otherwise noted.
Advertisement