Harry Potter Wiki
Register
Don't have an account?
Sign In
Advertisement
in: Defence Against the Dark Arts, Protective Spells, Spells with a light,
and 2 more
English

"You wouldn't believe how many people, even people who work at the Ministry, can't do a decent Shield Charm."
— George Weasley regarding the charm[src]

The Shield Charm[3] (Protego)[1] was a charm that protected the caster with an invisible shield that reflected spells and blocked physical entities.[3]

It was apart of the Defence Against the Dark Arts curriculum and was taught to sixth years at Hogwarts School of Witchcraft and Wizardry.[7] There were also multiple variations of the Shield Charm.

When cast, a (usually) invisible shield was conjured in front of the caster's wand, creating a protective barrier between themselves and their attacker. This shield could block and reflect a multitude of spells, such as most jinxes, hexes,[8] and minor curses,[9] as well as block physical forces. Exceptionally powerful Shield Charms were even able to knock people off their feet.[1][7][10] However, this shield aren't completely impenetrable, as it couldn't block Unforgivable Curses.

The difficulty of casting a Shield Charm was relatively moderate. Fred and George Weasley realised that most adult wizards, even those employed by the Ministry of Magic, could not produce a functional Shield Charm (something that not only could Harry Potter accomplish at age fourteen, but also imparted to members of the D.A.). They used this to their advantage when marketing their line of protective clothing (hats, cloaks, gloves), upon which permanent Shield Charms were cast.[11]

The Shield Charm's origins are unknown, but was in use by the 15th century.[8]

The most famous use of the charm took place in 1484, in the town of Poppleton, where the tyrannical Earl of Paunchley held a jousting match. He insisted that all the nobles for miles around must come to cheer him on at the tournament and "no excuse would be acceptable" for missing the event. But young Edmund Gaddlegate fell out of a tree that day and broke his leg, and his mother put him to bed. The Earl wouldn't hear of anyone staying home, so he dragged Edmund and his mother to the castle, and said the mother had to watch while her child was tied to a horse and forced to compete in the jousting.[8]

The other knights left the tournament "in disgust" at the idea of jousting with a small injured boy, so the Earl vowed that he himself would attack Edmund. But a witch in the crowd named Hannah Cockleford had other ideas.[8] Fed up with the evil Earl, she cast an extremely strong Shield Charm between Edmund and the Earl, who was "squashed flat in his armour" when the Shield Charm knocked him backwards and his horse landed on him. The Earl of Paunchley did not die, but when he came-to he was under the impression that he was a donkey named Hairy Cyril.[8]

"He was still having trouble with the Shield Charm, though. This was supposed to cast a temporary, invisible wall around himself that deflected minor curses."
— Harry Potter explaining the Shield Charm[src]

Patricia Rakepick taught this charm to Jacob's sibling on the Training Grounds at Hogwarts School of Witchcraft and Wizardry, in order to teach them how to defend themselves whilst they tried to break the curses on the Cursed Vaults.[12]

Harry Potter first learned this spell in his preparations for the Third Task of the Triwizard Tournament, during which his friends Ron Weasley and Hermione Granger shot spells at him so that he could practise shielding himself.[3] Although he later demonstrated an impressive mastery of this technique surpassing that of many Ministry employees, Harry initially had difficulty casting this spell as "Hermione was able to shatter it with a well-placed Jelly-Legs jinx."[3]

Harry also taught this charm to Dumbledore's Army during the 1995–1996 school year, so the members would be able to protect themselves when the time came.[13] This was also the subject of a question of the Theory of Charms O.W.L. in 1996.[14]

Harry used the charm multiple times most notably during the Battle of Hogwarts on 2 May 1998, to protect Neville Longbottom, Seamus Finnigan and Hannah Abbott from Voldemort, and did the same with Molly Weasley after she killed Bellatrix Lestrange. Harry's Shield Charms were so powerful they were able to block curses from Lord Voldemort himself.[18]

During the Calamity which occurred in the 2010s, volunteer members of the Statute of Secrecy Task Force frequently used this protective charm when duelling enemies in Fortresses or fighting aggressive magical creatures in their missions to overpower Confoundables and release Foundables.[19]

Other varieties of the Shield Charm included as followed:

"His Shield Charm was so strong Snape was knocked off-balance and hit a desk."
— Harry Potter's impressive mastery of the charm[src] 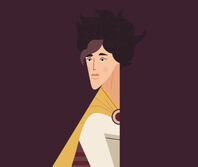 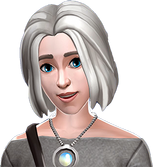 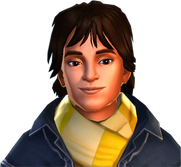 Latin protego, "I cover" or "I protect".

The Harry Potter Wiki has 15 images related to Shield Charm.

Deutsch Español Suomi Français Polski Português do Brasil Русский
*Disclosure: Some of the links above are affiliate links, meaning, at no additional cost to you, Fandom will earn a commission if you click through and make a purchase. Community content is available under CC-BY-SA unless otherwise noted.
Advertisement