"It wasn't a nightmare, Sirius Black was standing over me, holding a knife."
—Ron Weasley recounting the break-in[src]

This break-in took place in 1994 in the Gryffindor Tower which was infiltrated by then-suspected mass-murderer Sirius Black in his search for Peter Pettigrew.[1] This was the only time Black successfully broke into the tower.

This was, in point of fact, Sirius Black's second attempt in that school year to reach Peter Pettigrew, the first having culminated in failure when, in frustration at her refusal to grant him access to the Gryffindor Tower, he had slashed the portrait of the Fat Lady several months previously.[2] This had led to the Fat Lady refusing to serve as portal keeper for the Tower until Black was caught, the sole volunteer to replace her being Sir Cadogan.

Due to his abysmal memory, Neville Longbottom had written a list of passwords that would be used, at the insistence of Sir Cadogan, to gain entrance to the Gryffindor Tower. Crookshanks had stolen this list from Neville's table in the Gryffindor Boys' Dormitory and gave it to Sirius Black, who used them all on Sir Cadogan, the replacement to the Fat Lady, who then allowed him to enter to the Tower.[3] It is still unknown why Cadogan would be so stupid as to let in the deranged criminal.

Sirius broke into the Boys' Dormitory and walked towards Ronald Weasley's bed in his search for Peter Pettigrew, who had, for a dozen years, disguised himself as Ron's pet rat, Scabbers. Ron woke up, hearing some scratching noises and saw Sirius leaned over him with a knife in his hand. When Ron began to scream, Sirius fled to avoid being seen by the other sleeping boys, who woke instantly.[3]

When Ron had woken up the entire Gryffindor House they all gathered in the Gryffindor Common Room to discuss the events and Professor Minerva McGonagall, Head of House, was called. Ron explained his story and added that Black must have gone for the wrong bed, aiming for Harry Potter. McGonagall asked Sir Cadogan about it and he told her the events.

Another search of the castle took place, but Black escaped capture again. The Fat Lady resumed her duty of guarding Gryffindor Tower on the condition her portrait be guarded. Neville was placed in detention and stripped of his visitation rights to Hogsmeade for the rest of the school year. He also received a Howler from his grandmother, and the other Gryffindors were forbidden to tell him the password to the tower.[4] 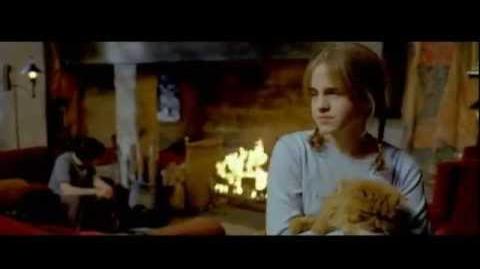 Retrieved from "https://harrypotter.fandom.com/wiki/Sirius_Black%27s_break-in_of_Hogwarts_Castle_(1994)?oldid=1264819"
Community content is available under CC-BY-SA unless otherwise noted.