Right some one needs to be montering the featerd articals beacse its twice in a row they have not been changed we shold be on dobby by now until the 10th of mayDarth Vader601 11:19, 3 May 2009 (UTC)

I don't know where to put this discussion so I'm putting it on the Wikia's main page discussion.

Can something be done about all the YouTube videos uploaded onto Wikia pages? I understand that recently we've been able to get YouTube and motion pictures onto wiki pages and that its "fun" to explore, but in reality the YouTube videos contribute nothing to the article but slowing the loading time of it down and recently freezing pages from finishing to load.

Should the Half-Blood Prince film be mentioned there when that event has not even passed yet? It sounds more like an advertisement. ShirleyA

Priority is give to the British version and terminology. See the policy page: Harry Potter Wiki:Policy

For heavens sake! Can we all just make this clear: the Harry Potter series is an ENGLISH creation, the author of the Harry Potter series is ENGLISH and all of the characters in the films and books alike use ENGLISH terminology! I have no predjudices against Americans but PPPLLLLEEEEAAAASSSSEEE! All information displayed in articles should use the ENGLISH terminology, hence it is not the sorcerors stone its the PHILOSOPHERS STONE! —The preceding unsigned comment was added by JACOBSMITH95 (talk • contribs).

Well, actually, it is both of the titles. The Sorceror's Stone is for the British people (because the movies were set in England, you know the accents they had were British). You saw it says the Sorceror's Stone on the book because their books and movies' settings were in England. The title, The Philosopher's Stone is to the American people. So, to just clear that up, it's both. No offense given or taken please. Hpotterf0r3v3r (talk) 01:17, January 9, 2014 (UTC)

You have it the wrong way around. The original British title (hence the title throughout nearly all the English-speaking world, including Canada from what I've heard) is "Philosopher's Stone", because that's how one of the two main goals of alchemy has always traditionally been known, which in turn is because up to and including Isaac Newton's time what we now call "science" and what we now call "the occult" were lumped together under the heading of "philosophy" (literally "love of wisdom"; nowadays "philosophy" refers to metaphysical rather than practical pursuits); but Scholastic felt that this wouldn't be understood by the Americans which make up its market, so they insisted on the change to "Sorceror's" (or "Sorcerer's", I'm not sure which is the correct spelling) for that market. — RobertATfm (talk) 14:23, June 17, 2014 (UTC)

I believe that all the dates used in this wikia are one year late. I beleve this because the way to find the dates in The Harry Potter Series are based upon the year that James and Lilly Potter died. To find the date you add however old Harry is to the date they died and you have the date. When actually Harry was 1 year old at the time of his parents' deaths, so you must subtract one year from the date. I have evidence in the article on Sybill Trelawney in the "Behind the scenes" section: it states that, "Trelawney told Lavender Brown that the worst thing for her will come true on Friday, October 16th . However, October 16th, 1993 was a Saturday,"; but on October 16th, 1992 is, however, a Friday. I rest my case.

Actually, the dates are based upon Nicholas de Mimsy-Porpington's 500th Deathday party in the second book. As Nick is stated to have died on October 31, 1492, that sets the time of Harry Potter and the Chamber of Secrets as the 1992-1993 school year. This is confirmed in Harry Potter and the Deathly Hallows by the dates on James and Lily Potter's gravestones. - Nick O'Demus 21:25, 26 July 2009 (UTC)

to the languages menu :)

Why not to link the header of Main page's section to respective pages:

Organization is spelled wrong. It's a "z", not a "s". -- PhaethonZer0fNothing

It's an "s" in British English. Since Harry Potter is a British series, that spelling takes precedence over any American spellings. For more info, see the policy. --Cubs Fan (Talk to me) 20:34, December 10, 2009 (UTC)

I tried to edit this line to have proper phrasing:

"When Aberorth pointed out that Ariana was in no it state to go with them, that their plans would leave her behind, and argued against them, Gellert Grindelwald became urious and used the Cruciatus Curse on Aberorth."

It won't let me save the change, because apparently the letter "sixth letter in the alphabet" is blacklisted. While it is ridiculous to have a single letter blacklisted anyway, I have checked the section, and "sixth letter in the alphabet" only occurs within the words themselves, and not even in the ones I changed. In summary, the spam ilter seems to be broken.Glorious CHAOS! 04:40, January 10, 2010 (UTC)

Sorry, that was actually my mistake. Everything should be OK now. If you have any problems at ALL, please tell me on my talk page. Sorry for the inconvenience. Joey (talk) 04:42, January 10, 2010 (UTC)

The Greatest Wizards of the Age Edit

I think that Harry Potter had great reason to name his children after the two greatest wizards of the age. Albus Dumboldor and Severus Snape were great in their own ways. Different ways of course but still both were great. I think the three people listed are the best people in the world. They all should be remembered forever. But thats just what I believe. What do you believe?

I sometimes wonder WHY Hermione is so tipsy about breaking rules...in Chamber of Secrets, is she not eager to break the rules herself to

make Polyjuice Potion? I myself think that Quidditch(the wizarding sport) is quite a good idea.

Most of the greatest wizards are mentioned on a chocolate frog card.Dumbledore has his own chocolate frog card . Some of the things that he was famous for are: The discovery of the 12 uses of dragon blood and the defeat of Grindelwald. After the Battle of Hogwarts and after Harry Potter killed Voldemort , he and Hermione Granger and Ronald Weasley Got featured on their own chocolate frogs card- —The preceding unsigned comment was added by Hogwartsprincess (talk • contribs).

Sorry to be critical... Edit

I would highly recommend that when the featured article is Aragog, that there should not be a picture. This was my first time to this site, and I'm arachnaphobic; it was extremely distressing. Once again, sorry to bring up something so little, but I doubt that I'm the only one with this problem. —The preceding unsigned comment was added by 173.29.86.141 (talk • contribs).

Well, it is required that there should be a main picture, so there you go. If you check in about a week, it will be gone.--L.V.K.T.V.J.

Featured Articles, DYK and other sections on Main Page Edit

I was wondering, how often will the sections on the Main Page change? The Acromantla Article went on for a long time before Ariana. - Weasley'sWizardWheezes 05:51, April 9, 2010 (UTC)

Guys, is there some way to approve any edits before they are viewed? Because there have been many complaints on vandalism, and the approval may make the wiki safer! Please consider.

HELP GUYS! I know this sounds stupid, but how to you make an infobox?—The preceding unsigned comment was added by Weasley'sWizardWheezes (talk • contribs).

Use it like this: {{Gryffindor individual infobox}}, or whatever infobox you want. Please sign your username with four tiles (~), also. Thanks.--L.V.K.T.V.J.

Can somebody please do this for me. 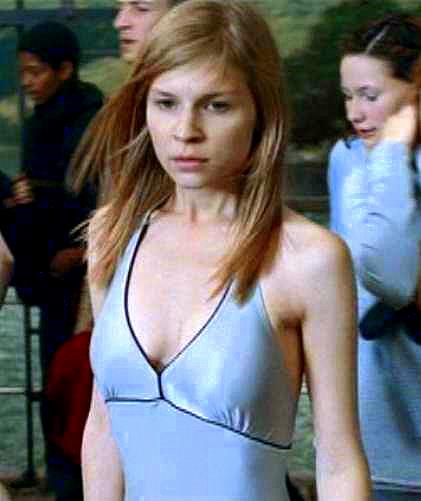 But with this background 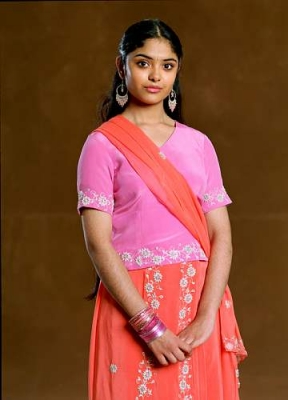 Please this is my only request.

Did you know... Edit

Also, under the Death Eaters it has Antonin Dolohov, which I think is a bit pointless. It would be much better to have a link to Peter Pettigrew here.

I don't know how to do this, and so if anyone does, please could you tell me.

I found this site that talks about the sound effects from Harry Potter. It could be nice to add a link to the site somewhere but I don't know where. Maybe someone else knows? --TheBook — (talk|contribs) 14:49, July 9, 2010 (UTC)

In the German version of the videogame Harry Potter and the Chamber of Secrets there's a Spell called Elasto that creates an elastic surface that allows you to jump higher when you step on it. You can see the spell in this video (http://www.youtube.com/watch?v=eSDr_THJwaQ) around 1:45. This spell also appears as an entry on a German Harry Potter wiki (http://www.harrypotterwiki.de/wiki/Elasto).

Am i dont know if im supposed to post this here but on the [| Category:Out of Universe Page] is not working correctly. It gives you the first 200 articles but when you click "next 200" you get [| the same 200] and this continues every time you click "next 200" When you click "previous 200" you get [| a black category page] can someone please fix this as i wanted to see all the out of universe articles if there is no way to do this then is there another way for me to view them without going through every article Thanks for reading --Drngreen 20:42, July 25, 2010 (UTC)

Photos of the main characters as adults Edit

The photos came from released content from the upcoming films. Either behind the scenes stuff, or from the previews. --JKoch

Are we gonna update the featured article, featured picture, and did-you-know. I suppose the nargles are behind it. 00:16, October 3, 2010 (UTC)

Your wikia is in danger Edit

The wikia staff are planning to impose a mandatory skin on all wikia sites that would disrupt the encyclopedic nature in its basic nature. More info in the following links.

You may or may not know what that is. For those of you who don't, the short version is that it's a parody of Harry Potter, a musical, run by a group that calls themselves Team Starkid.

Hello, I am Tucayo, new member of the place. I wanted to ask, by mere curiosity, what does this wiki's admins think about the new Wikia skin? TheRealTucayo 02:55, November 25, 2010 (UTC)

Yes. The Wikia Entertainment staff made some temporary changes to our Main Page for the duration of the Wizarding World Giveaway contest. Once the contest is over, we'll resume our regular Featured content. - Nick O'Demus 07:30, November 26, 2010 (UTC)

As you know, Alastor Moody (Barty Crouch Jr.) tried to get Harry to the triwazard cup first, as it was a portkey leading to the Dark Lord. Throughout the book and movie, Igor Karkaroff is trying to get Viktor Krum to win the tournament. But wouldn't Igor know, as a Death Eater that Harry was supposed to finish first?

Who succeeds Minerva McGonagall as Deputy Head Mistress after Severus Snape becomes the Headmaster of Hogwarts? Is it Filius Flitwick or Pomona Sprout?

What spell does Molly Weasley use to kill Bellatrix Lestrange?

That is the subject of much debate. --JKoch

Retrieved from "https://harrypotter.fandom.com/wiki/Talk:Main_Page/Archive3?oldid=1133923"
Community content is available under CC-BY-SA unless otherwise noted.