Theft of the Elder Wand

Gellert Grindelwald successfully steals the Elder Wand and stuns Mykew Gregorovitch, thereby causing the mastery of the wand to pass to Grindelwald

"It was a boy. It was he who took it. I never saw it again."
— Mykew Gregorovitch[src]

The theft of the Elder Wand was an event that took place sometime between 1899 and 1926.[1] It a successful theft by Gellert Grindelwald to steal the Elder Wand from the wandmaker Mykew Gregorovitch. Before running away, Grindelwald stunned Gregorovitch, thereby defeating the last owner and winning its alligiance to pass on to him.[2]

Mythic origins of the Elder Wand

"So the oldest brother, who was a combative man, asked for a wand more powerful than any in existence: a wand that must always win duels for its owner, a wand worthy of a wizard who had conquered Death!"
— The Tale of the Three Brothers[src]

According to the "Tale of the Three Brothers" (as compiled in The Tales of Beedle the Bard) three brothers — suspected to be Antioch, Cadmus, and Ignotus Peverell — were out travelling when they came to a treacherous river that had been known to claim the lives of many that had attempted to cross it.[3] Taking no chances, the three brothers pulled out their wands and conjured a bridge out of thin air. However, as they began to cross it, they found a hooded figure blocking their path. It was Death himself, dressed in a simple long black cloak. Death felt cheated that the three brothers had outsmarted him and had not drowned in the river, as many others had.[4][3]

While pretending to congratulate them for their triumph, Death schemed against them. He offered each brother their choice of gift as a reward for outsmarting him. The eldest went first, and being a belligerent man he asked for a wand that would defeat all others. Death went to a nearby elder tree and created a wand from its wood, which he handed to the eldest brother. The second brother, who wanted to humiliate Death even further, asked for an object that would recall the dead and was given the Resurrection Stone. The youngest was wiser than his brothers and was sceptical of Death's intentions. He asked for an object that would allow him to live his life without the fear of Death following him. Reluctantly, Death handed over his own Cloak of Invisibility.[3][4] Albus Dumbledore thought it was unlikely that the Elder Wand was actually made by Death, and assumed that it may have been created by the eldest of the three Peverell brothers, Antioch.[5]

Antioch then travelled for about a week, reaching a village where he met with his rival, who he killed in a duel. He then travelled to an inn, where he drunkenly boasted of the wand's powers. That night however, he was murdered in his sleep by another wizard who slayed his throat, thereby allowing him to achieve mastery of the wand.[3] The wand eventually reached the possession of Emeric the Evil, who was defeated in a duel with Egbert the Egregious, thereby causing the wands ownership to pass on to Egbert.[4][6]

It is unknown what happened to Egbert, but his wand eventually came into the possesion of the dark wizard Godelot, who perished in his cellar after his own son Hereward, who stole the wand from him, locked him there, causing the mastery of the Elder Wand to pass on to Hereward. Eventually, the wand came into the possession of Barnabas Deverill, who was defeated by Loxias. It is difficult to trace the wands history after Loxias[6], but some believe that it was either Arcus or Livius who took the wand from him.[4]

Eventually, the wand passed on to the wandmaker Mykew Gregorovitch, who boasted of it's power and worked to duplicate it. However, sometime between 1899 and 1926, the wand was stolen in the dead of night by a boy named Gellert Grindelwald, who stunned Gregorovitch before running away. This allowed him to take full mastery of the wand, as it's previous master had been defeated by him.[2]

Grindelwald then went on to use this wand and create global chaos across the wizarding and muggle world. In 1945 however, Albus Dumbledore dueled with Grindelwald and was victorious, causing the mastery of the Elder Wand to pass to Dumbledore.[5] The wand stayed in the possession of Dumbledore for the duration of his life, eventually being passed on to Draco Malfoy through a Disarming Charm shortly before the former's death. The wand would eventually come into the mastery of Harry Potter, but was physically owned though by Lord Voldemort. During a duel between the two, Lord Voldemort tried to kill Harry Potter, but the wand sensed its true allegiance to Harry, and rebounded, killing Voldemort instead. Harry then decided to put the wand into the grave of Dumbledore, meaning that after his death, no one could master it for ever.[7] 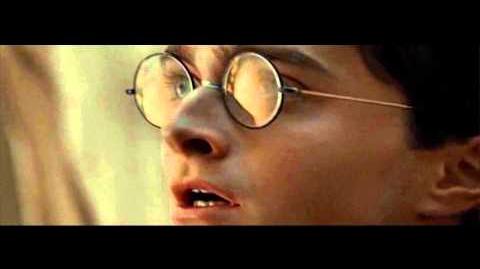 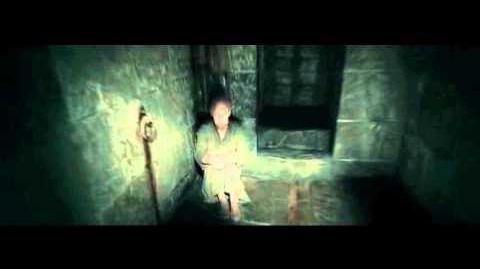 Retrieved from "https://harrypotter.fandom.com/wiki/Theft_of_the_Elder_Wand_(Global_Wizarding_War)?oldid=1424647"
*Disclosure: Some of the links above are affiliate links, meaning, at no additional cost to you, Fandom will earn a commission if you click through and make a purchase. Community content is available under CC-BY-SA unless otherwise noted.