The Three Broomsticks Inn was a popular inn and pub in the all wizarding village of Hogsmeade, which was often frequented by students from the neighbouring Hogwarts School of Witchcraft and Wizardry. The inn was often warm, crowded, and a bit smoky, but clean and welcoming.[1]

A mirror behind the bar reflected the cosy atmosphere, and popular drinks such as Butterbeer and Firewhisky were served in glasses and in foaming pewter tankards, as well as gillywater, Mulled Mead, red currant rum, and even cherry syrup and soda with ice and an umbrella. The Three Broomsticks was owned and operated by Madam Rosmerta.[1]

"Naturally. Never saw one without the other, did you? The number of times I had them in here — ooh, they used to make me laugh. Quite the double act, Sirius Black and James Potter!"
— Rosmerta mentions that she was a barmaid at the Three Broomsticks[src]

The proprietor of this establishment was Madam Rosmerta.[1] She managed the Three Broomsticks for at least twenty years, since Harry Potter's father, James Potter, was a student at Hogwarts.[1]

According to Hermione Granger, in Sites of Historical Sorcery it was mentioned that the inn at Hogsmeade served as human headquarters for the 1612 goblin rebellion.[3] It is unknown if this inn was the Three Broomsticks though.

Madam Rosmerta: "How was your first shift at the inn?"
Jacob's sibling: "I nearly dropped a mug of Butterbeer, but that nice wizard over there Transfigured it into a mongoose at the last second."
Madam Rosmerta: "Hey! I hope you paid for that mongoose! I'm trying to remember where I put that black quill, but all I keep finding is other things I forgot about. Brochures on the uses of Gurdyroot, requests to hold meetings of the Celestina Warbeck Fan Club... it never ends..."
— Madam Rosmerta to Jacob's sibling[src]

During this school year, Jacob's sibling met with Madam Rosmerta and Rubeus Hagrid in the Three Broomsticks, to inquire about their missing brother Jacob. Madam Rosmerta told them how she remembered Jacob often sitting in the inn quietly writing in notebooks, until one day Ministry Aurors came and arrested him by dragging him away by his robes, and that he all left behind was a Black Quill. She agreed to search the cluttered backroom for the quill, while she gave them some errands to complete for her in the meantime. During their first shift, they nearly dropped a mug of Butterbeer, but a wizard Transfigured into a mongoose at the last second. Rosmerta also tasked them with collecting Sugar Shrub, Mallowsweet and Moondew to brew an extra sweet Butterbeer, which they did from Hogwarts. After giving her the ingredients, she presented them with a notebook she had found in the backroom, but Argus Filch appeared and confiscated it, on Snape's orders, as the book contained information about the Cursed Vaults.[4]

Later during the school year, Rosmerta thanked Jacob's sibling for having help made the extra sweet Butterbeer. They asked her for some vintage Butterbeer, 1707, from the inn for Bilton Bilmes in Zonko's Joke Shop, which Rosmerta fetched some from the back room while they minded the customers for her.[5]

Jacob's sibling went to the inn to fetch some lavender from there on Severus Snape's orders, in order to spy on Patricia Rakepick, which they told Rubeus Hagrid of in the inn. Rosmerta was interrogated by Patricia Rakepick regarding the possible whereabouts of Jacob's notebook and map. She claimed to know nothing and threatened to inform some of her best customers from the Department of Magical Law Enforcement regarding Rakepick's behaviour, which made the Curse-Breaker back down quickly. She told her not to return to her establishment again following her aggressiveness.[6]

Jae Kim: "It's a bit... strange celebrating with so many people. Before Hogwarts, it was always just my family and me. But it's nice to be with everyone."
Jacob's sibling: "You're not going soft now, are you?"
Jae Kim: "Blimey, I hope not! I've got a reputation to maintain. Really though, being with my friends on my birthday... it's nice."
— Jae Kim and Jacob's sibling at Jae's birthday party at the Three Broomsticks[src]

On his sixteenth birthday, Jae Kim was planning to do his three birthday rituals. These birthday rituals were drinking Butterbeer at the Three Broomsticks Inn, eating a birthday cake, and going to Knockturn Alley to buy himself a gift.

Also during this year, Patricia Rakepick held Mundungus Fletcher in the Three Broomsticks Inn tied up with ropes, so he could speak to Jacob's sibling. They asked him about if he knew where the Marauder's Map was, and he agreed to help them get the map if they gave him some items.[8] Jacob's sibling later this year returned to practise the Legilimency Spell on Madam Rosmerta, who told them that their brother Jacob was a Legilimens too.[9]

At the end of this school year at Hogwarts, a Hogwarts party was held at the Three Broomsticks Inn, which was organised by students at Hogwarts in order to celebrate school life. The Weird Sisters were booked as performers, and the party was attended by many staff and students.[10]

Towards the start of this school year, Jacob's sibling and Nymphadora Tonks asked for permission from Rosmerta to use her fireplace in the inn to access the British Ministry of Magic via the Floo Network, which she approved.[11]

Jacob's sibling during this year met their friend Corey Hayden for a drink of Butterbeer to discuss recent events in their life.[12]

During this school year, the Circle of Khanna held a support party in the Three Broomsticks Inn in support of Jacob, who was badly injured and hospitalised in St Mungo's in order to show Jacob's sibling that they did not have deal with the issue alone.[13] The circle later held a lively celebration in the inn with plenty of Butterbeer, following the conviction and imprisonment of the Japanese Dark Wizard Kazuhiro Shiratori in his Wizengamot trial, which Jacob, their sibling and Corey Hayden participated in.[14]

Harry and his friends Ron Weasley and Hermione Granger enjoyed drinking butterbeer at the inn, where they frequently encountered Rubeus Hagrid and other regulars as well. During the 1993–1994 school year, Harry was unable to go to Hogsmeade because of the events surrounding Sirius Black's escape from Azkaban.

However, Harry sneaked into Hogsmeade to have butterbeer at the Three Broomsticks with Ron and Hermione. There they overheard a group of Hogwarts professors talking with Cornelius Fudge about Sirius Black, thus unknowingly revealing to Harry the secret that Sirius was his godfather while Harry hid under their table to avoid being seen.[1]

During this school year, owing to the escape of Sirius Black from Azkaban, a number of Dementors were assigned to patrol Hogsmeade Village. This caused a certain amount of trouble for Madam Rosmerta, as it discouraged visitors due to the grim atmosphere that followed the Dementors.[1]

"The Three Broomsticks was packed, mainly with Hogwarts students enjoying their free afternoon, but also with a variety of magical people Harry rarely saw anywhere else. Harry supposed that as Hogsmeade was the only all-wizard village in Britain, it was a bit of a haven for creatures like hags, who were not as adept as wizards at disguising themselves."
— Harry Potter entering the inn in 1994[src]

During the 1994–1995 school year, it was in this pub that Harry was invited by Hagrid to come and see the dragons that will make up the First Task of the Triwizard Tournament; at the same time, it was learned that Alastor Moody's magical eye could see through Harry's Invisibility Cloak.[15]

Later in the same year, Harry was offered information on beating the Second Task by Ludo Bagman, which he refused, and Hermione told off Rita Skeeter,[16] an action that resulted in Rita writing a scurrilous story for Witch Weekly about Hermione.[17]

"You should have said it was really annoying, but I'd made you promise to come along to the Three Broomsticks, and you really didn't want to go, you'd much rather spend the whole day with her, but unfortunately you thought you really ought to meet me and would she please, please come along with you and hopefully you'd be able to get away more quickly."
— Harry meeting up with Hermione in the Three Broomsticks[src]

During the 1995–1996 school year, Harry's fifth year, needing a place to meet with other students who would later form Dumbledore's Army, Hermione chose to meet at the Hog's Head, rather than the Three Broomsticks, believing it would provide more privacy.[18] This hope proved illusory, which may be why Hermione chose the Three Broomsticks for a later meeting with Harry, Luna Lovegood, and Rita Skeeter.

At this meeting, Harry talked briefly with a morose Hagrid, who was thinking about his family, then was interviewed by Rita for The Quibbler about his experience the previous year when Voldemort had returned; the main wizarding newspaper, the Daily Prophet, was heavily influenced by the Ministry of Magic and refused to print the truth about Voldemort's return.[19]

"Madam Rosmerta, can he come into the Three Broomsticks while I go up to the school and get help for him?"
— Harry Potter regarding the weakened Dumbledore[src]

Whilst Harry, Hermione, and Ron did visit the Three Broomsticks in the 1996–1997 school year, Harry's sixth year, it was a cheerless visit, as it culminated in the trio seeing Katie Bell being cursed by a package she had apparently received there.[20] Katie almost died and had to be taken to St Mungo's Hospital for Magical Maladies and Injuries, as result Hogsmeade weekends are cancelled for the rest of the year.[21]

Harry did pass the Three Broomsticks later in the year, with Professor Dumbledore, but they did not enter: Dumbledore told Madam Rosmerta that he fancied a quieter drink, and headed towards the Hog's Head.[22] Returning from that trip, which had been cover for retrieval of one of Voldemort's Horcruxes from a mysterious cave, Harry and a greatly weakened Dumbledore return to Hogsmeade, where they were met by Madam Rosmerta who warned them of the Dark Mark floating over Hogwarts. She lent them two brooms, and Harry and Dumbledore flew to the school, where the Battle of the Astronomy Tower soon began.[23]

It turned out that Harry's suspicions were right and Draco Malfoy, who had become a Death Eater, had been given the mission of killing Dumbledore by Voldemort himself. Malfoy had placed Madam Rosmerta under the Imperius Curse, and thus had been aware of Dumbledore's absences. It had been Madam Rosmerta, under Draco's control, who had given the cursed necklace to Katie Bell earlier in the year.[23]

"Three Broomsticks, and with a lurch of the heart, he remembered, with piercing accuracy, how he had landed here, nearly a year before, supporting a desperately weak Dumbledore..."
— Harry visiting Hogsmeade for the first time within a year[src]

Harry, Ron and Hermione did not attend Hogwarts for their seventh year in the 1997–1998 school year, but they did return there to hunt down a final Horcrux. Apparating into Hogsmeade, Harry, Ron and Hermione triggered the Caterwauling Charm, bringing Death Eaters out of the Three Broomsticks. Luckily, they were given sanctuary from Aberforth Dumbledore, the barman of the Hog's Head and Albus Dumbledore's brother.[24] 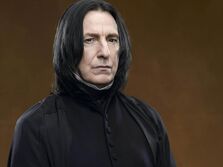 This article about a location is a stub. You can help by expanding it.
Deutsch Español Français Italiano 日本語 Nederlands Polski Português do Brasil Русский
*Disclosure: Some of the links above are affiliate links, meaning, at no additional cost to you, Fandom will earn a commission if you click through and make a purchase. Community content is available under CC-BY-SA unless otherwise noted.
Advertisement