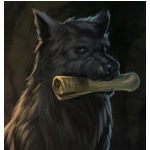 Being with bloody cuts, cut it with sharp elements

Hi! I'm Berfar, although I'm know as Héctor and Heko, too. I'm a editor user of Harry Potter Wiki in Spanish -where I've the greatest activity-, and I seek to collaborate and to do the wiki have the most quantity and quality of articles in Spanish about Harry Potter, specially in relationed with spell's themes, my area of greatest interest. Anyway, I don't mind in edit and make articles about themes needed - they also help me to practice my ability of translation English-Spanish and the write.

I'm a human being (I think) born in Chile, with great liking for activities about the reading and videogames, specially sci-fi, epic and japanese animation. The Harry Potter series came to me for first time when I was 10 - 11 years old, in 1999. My father came with a book called Harry Potter and the Chamber of Secrets when was edited by the Emece publishing house in Spanish, and I liked it immediately; then, I read Harry Potter and the Prisoner of Azkaban, Harry Potter and the Philosopher's Stone and Harry Potter and the Goblet of Fire -in that order-, and I experienced the emotion of to wait the launch of the fifth book in Spanish. I think I fell by curious like most fans: I read before a not official translation online of Harry Potter and the Order of the Phoenix in 15 hours, two days; but, I stand in line on the library for to give the oficial book, anyway. It was my first book, and I still miss it.[1]

At this point the boom for the series worldwide arose massively. Over the internet, the stories of the fanfics and the supposed versions of Harry Potter and the Order of the Phoenix already circulated everywhere, in an attempt of the fanatics of that time to alleviate the tension and the expectation of the new delivery. No one expected the encyclopedic size of the fifth book, and I think there would be few who could complain about it.[2] I remember two supposed titles that the last two books would take, when Jo had not even decided them: Harry Potter and the Pillar of Storgé and Harry Potter and the Torch of the Green Flame. About the green flame it was said that it would serve to defeat Voldemort; the fanfics based on those titles did not wait. It was so much the pressure that Rowling herself had to deny with humor on her website about the veracity of these titles.

Time was passing, and emotion appeared for the premiere of the movies. Except for the seventh movie, I saw them all in the cinema: with fans friends, forcing a friend, alone -but feeling the emotion with the public-; and I got them all over time. Likewise, the last books were coming out, to which I went to buy with the same desire of my first book (and I ended up falling in reading the no-official translates on Internet before that the book was officially translated in Spanish).

Thanks to J. K. Rowling, I had a moment in my infance and adolescent that, to this day, keep it and next remember it in my heart. Now, with Fantastic Beasts saga, Harry Potter and the Cursed Child, and Pottermore, we can live the same emotions that 20 years ago with the beginning of the saga.[3]

Retrieved from "https://harrypotter.fandom.com/wiki/User:Berfar?oldid=1224095"
Community content is available under CC-BY-SA unless otherwise noted.