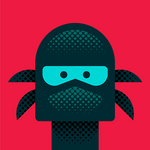 The Other Boy Who Lived

Able to change at will

I'm Mochlum and this is my muggle biography.

My Favorite Parts of the Series

My Least Favorite Parts of the Series

Steve Klovis is REALLY annoying to me. Why? Because he changed almost every scene possible to ship Harry and Hermione! I hate that relationship! Ron and Hermione forever! Ron and Hermione's relationship was in the book, so it goes in the film. Steve Klovis, your not J.K. Rowling, so stop trying to get them together. And he doesn't even care if Ron (and Ginny) get all left alone, because he can't go with his sister, who is the last available girl. So THAT is the reason of why I don't like Steve Klovis. I HATE HARRY-HERMIONE SHIPPING! I LOVE RON-HERMIONE SHIPPING! WOOOOO!

Retrieved from "https://harrypotter.fandom.com/wiki/User:Captain_Moch?oldid=1079324"
*Disclosure: Some of the links above are affiliate links, meaning, at no additional cost to you, Fandom will earn a commission if you click through and make a purchase. Community content is available under CC-BY-SA unless otherwise noted.