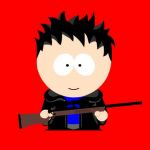 Head of the Slytherin Duelling Club

"He said we is free to call him a - a barmy old codger if we likes, sir!" - Dobby on Albus Dumbledore, also my favourite quote.

Hi im Charles more commonly know as Char. When I was eleven years of age I attended Hogwarts School of Witchcraft and Wizardry and was sorted into Slytherin house but was friendly to members of the other houses (unlike the rest of my housemates) and when I was in my third year I joined the Slytherin Quidditch Team and became a Beater. When I was in my sixth year I learned how to successfully Apparate and when in my seventh year became an Animagus as well as Quidditch Captain. I took my O.W.L's and got them in Defence Against the Dark Arts, Charms, Transfiguation, Potions, Herbology, Muggle Studies, Arithmancy, History of Magic and Care of Magical Creatures then I took my N.E.W.T's and got them in the same subjects. After I left Hogwarts I became a protege of a well known Auror before becoming a Hit Wizard for the Department of Magical Law Enforcement. I am currently working there now as head of my own elite team although I have to visit St. Mungo's now and again!

I have been a Harry Potter fan since forever! I have all of the books, including the spin-off's as well as most of the movies that are out of DVD because I don't like pirate copies! I have made many successful edits before becoming a user and know my fiction from my fanon. Also, please don't edit my page. Thanks!

Retrieved from "https://harrypotter.fandom.com/wiki/User:CharBarker?oldid=590960"
*Disclosure: Some of the links above are affiliate links, meaning, at no additional cost to you, Fandom will earn a commission if you click through and make a purchase. Community content is available under CC-BY-SA unless otherwise noted.