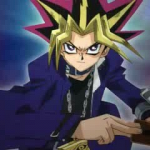 Hey there! My name is Degrassigirl07, and I like the Harry Potter series (both the books and the films, to be precise). From my perspective, they’re pretty awesome. :)

I also like the idea of owl post, which is great to write about in Harry Potter fan fiction and Harry Potter crossover fan fiction as well. After all, as Hagrid put it to Harry in the first book, all the kids wanted owls, as owls are very useful and carry their mail, too. :) And, Hedwig is a great name for Harry’s owl, too; she sounds like an awesome character. :)

Retrieved from "https://harrypotter.fandom.com/wiki/User:Degrassigirl07?oldid=1163520"
*Disclosure: Some of the links above are affiliate links, meaning, at no additional cost to you, Fandom will earn a commission if you click through and make a purchase. Community content is available under CC-BY-SA unless otherwise noted.