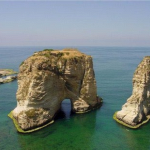 The dark lord has returned and his number one goal is to destroy those who are responsible for his death and, ofcourse, Harry Potter. Before he could do anything, he freed some of the surviving Death Eaters from Azkaban who weren't killed in the first Battle of Hogwarts. As soon as Harry knew about his rebirth he told Aberforth Dumbledore which immediately started looking for the survivng members of The Order of the Phoenix, and as soon as he got them all he went to 12 Grimmauld Place to find Harry but instead he found Ron, Hermione, Ginny, Neville, Hannah, Luna, and Rolf. They told the order that Harry went to hide The Malfoys, including Astoria and Daphne Greengrass since they either are or are related to defected Death Eaters, so the other decided to send Headmistress McGonagall a letter asking her to hide Victoire, Dominique, Louis, Molly, Lucy, Fred, Roxanne, Rose and Hugo Weasley, James, Albus, and Lily Potter, Lorcan and Lysander Scamander, and Scorpius Malfoy in the Room of Requirement so that Voldemort wouldn't try to kill them and make nearly half the order sad and blinded by anger and desire for revenge so they would eventually lose the upcoming battle. Once Harry returned they all left 12 Grimmauld Place, when they exited the door they saw the Dark Mark in the sky so they decided to get more help. First, Arthur went to get his brother and nephew and later went to get his friend Amos Diggory and his wife, which without hesitating accepted so that they could avenge their son, then George and Angelina went to get Oliver Wood, Alicia Spinnet, and Lee Jordan, and Fleur went to get her sister Gabrielle Delacour and her friend Viktor Krum, after that Kingsley went to Diagon Alley to ask Garrick Ollivander for help and Aberforth went to Hogsmeade to get an old friend of his Rosmerta, and finally Charlie went Romania to get Norberta but when he arrived there he found Norberta lying down on the ground with a three headed dog both dead, he suspected Voldemort. When they rejoined the order they all went to Hogwarts School of Witchcraft and Wizardry where they asked all of Hogwarts' employees, including Grawp, for help and since they all were already allies to the order they accepted.

The day of the battle came, it took place in Hogwarts, the order saw Voldemort and the death eaters enter the forbidden forest and started walking towards them but suddenly they hear another sound coming from infront of the bridge where they found all of the death eaters' affiliations, the ordered decided to split up all of Hogwarts' employees went to fight the death eaters' affiliations, while the rest went to the forbidden forest. After the first part of the battle all of Voldemort's death eaters and affiliations were dead, but unfortunately so were some members of the order and some of Hogwarts employees. Voldemort didn't die during the first part, which did not shock Harry because he knew that the only way he could have came back is through a Horcrux, so he went to Horace Slughorn which told him that a wizard can split his soul a number of times, in Voldemort's case that's nine. They already destroyed eight so that leaves one but that had no clue what so ever what it could be, until Ron mentioned that three out the eight they destroyed had something to do with the Hogwarts founders except for Godric Gryffindor's Sword. At first Harry didn't believe that it could be the sword because the sword could only present itself to a worthy Gryffindor and all death eaters were Slytherin, then Neville stood up and said, "not all". Harry ran into the headmistress's office and grabbed the Sorting Hat and pulled the sword from it, and then ran to the second-floor girls' lavatory where the entrance to the Chamber of Secrets lyes, but unfortunatly Harry was no longer a parselmouth so could not enter, an Ron stills forgot how to imitate the sound, hours passed by without being able to open the chamber, they even tried to destroy the sink to get in but it didn't work. The order nearly lost hope until they started hearing Parseltongue, snake language, coming from the courtyard, it was Ted Lupin, son of Remus and Nymphadora Lupin, he was talking to a snake that was in the courtyard telling her that he wishes to be a parselmouth so he could help the order destroy Voldemort, without realising he really can talk with snakes and is talking with one. They took Ted from the courtyard and to the second-floor girls' lavatory, wehn they entered the chamber they quickly grabbed a Basilisk fang and destroyed the sword.

Voldemort still had enough energy for a final fight and Harry knew that, when Harry went to face Voldemort infront of the school bridge with all of his surviving allies, but when they actually got to the bridge they saw the rest of the surviving death eaters standing behind him. When they saw how much they were outnumbered they thought it was hopeless to win until Draco, Astoria, Daphne, Lucius, and Narcissa apparated inbetween the order and the death eaters. Voldemort thought that they all wanted to rejoin them, but he was mistaken, all five of them took out their wands and blasted him all the way to the Courtyard. Harry went running down to the courtyard to have one final Duel against Voldemort. The others fought the remaining death eaters and won against all of them, but unfortunately once again there was a few deaths.

Meanwhile, Voldemort was battling Harry in the courtyard, Voldemort wasn't as strong as he was before, so during the battle he collapsed on the floor. The second Voldemort fell the order appeared behind Harry and they seemed happy to see Voldemort nearly dead, but Voldemort was smilling too, wich could only mean trouble. Before they could even blink eight death eaters came out of nowhere each one holding a muggle, but not just any muggles, they were Hermione Granger's parents, Petunia Dursley, Vernon Dursley, and Dudley Dursley along with his wife and children. Voldemort ordered them all to drop their wands or he'd kill them, Harry and Hermione were the first to drop their wands, and when the others saw their faces they let go of their wands too. Voldemort collected all of their wands and told the five death eaters to let go of the muggles and when they did they ran to the order. The five death eaters stood behind Voldemort while Voldemort was about to kill the order including the muggles, until he heard screams coming from behind him, when he turned around he found the death eaters, flattened on the ground, dead, when he turned around again he found Grawp standing in front of him. Grawp picked up Voldemort and everysingle wand he was holding, including his, fell. They all retrieved their wands and Harry also took Voldemort's, then Grawp threw Voldemort all the way to the Black Lake, then Harry immediately cast a spell that made millions of Merpeople, Grindylows and the Giant Squid, and before a blink of an eye Voldemort was ripped to pieces and killed forever.

After the battle, they all entered the great hall where they all had a meal. After that Hermione ascorted her parents back to their home, and Harry did the same thing with the Dursleys.

Third Order of the Phoenix

Retrieved from "https://harrypotter.fandom.com/wiki/User:Dracogon111?oldid=948228"
*Disclosure: Some of the links above are affiliate links, meaning, at no additional cost to you, Fandom will earn a commission if you click through and make a purchase. Community content is available under CC-BY-SA unless otherwise noted.