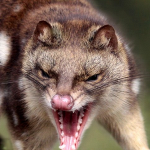 Not much to say really. Because I'm 64 years old, and thus no longer have the energy or enthusiasm I once had, I'm mainly involved in three wikis: His Dark Materials (I'm a long-standing SF/fantasy fan), The Beatles (I grew up in the 1960s, when British pop/rock ruled the airwaves and dinosaurs roamed the earth), and The J. K. Rowling Adult Fiction Wiki. I also help out, on a temporary, occasional or semi-permanent basis, on several other wikis (most recently, in April 2015 I helped clean up major vandalism to the Only Fools And Horses Wiki, although as I always planned to do, I have now handed over control to the only other active user) — although nearly all of them already have plenty of admins and don't need my help in that area, for which I am eternally grateful.

Re. this wiki, if I were a wizard I suppose I would be in — well, from what I've heard the four Houses of Hogwarts can be briefly summarised as Griffyndor=courage, Slytherin=ambition (I imagine that most wizard politicians are probably Slytherins), Ravenclaw=intellect and Hufflepuff="other, please specify". Of those, I think Ravenclaw is the best match, since I at least try to be a smarty pants[citation needed]; I don't have much if any courage or ambition...

Retrieved from "https://harrypotter.fandom.com/wiki/User:Evilquoll?oldid=1292253"
*Disclosure: Some of the links above are affiliate links, meaning, at no additional cost to you, Fandom will earn a commission if you click through and make a purchase. Community content is available under CC-BY-SA unless otherwise noted.