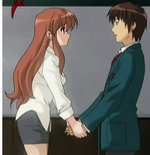 Hey I'm too young to die

Order of the Phoenix Dumbledore's Army

Harry Potter fan since 2001. I prefer the books over the films but the films has their quality as well.

In order of liking: 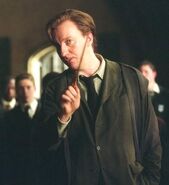 Severus Snape
Add a photo to this gallery

1· Lego Harry Potter: Years 1-4 (Although it has its cons around the plot like leaving Cedric alive or finding out, since you enter Fluffy's room, that Quirrell is already a bad bloke, the best part of the game is that I can control a big number of my favourite characters like Lupin, Sirius or Fleur no matter if they are Legolized)
2· Harry Potter and the Chamber of Secrets (video game) (PS2) (It is funny to use Diffindo against the prefects and a dramatic music appears suddenly, along with the female ghosts that makes you losing Bertie Bott's beans)
3· Harry Potter and the Prisoner of Azkaban (video game) (PS2) (I love the part when Ron doesn't stop annoying Harry when you haven't add Expelliarmus to your wand)

Retrieved from "https://harrypotter.fandom.com/wiki/User:Harvey_Dos_Caras?oldid=364182"
Community content is available under CC-BY-SA unless otherwise noted.