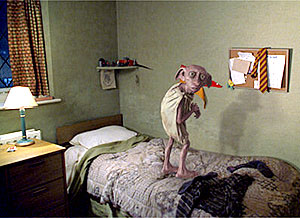 My fave character would have to be Dobby then Luna and then Snape.

My fave book was Philosopher's Stone because originals and my least fave would have to be Half-Blood Prince because there was something not quite right.

As For The Games, I only liked Philosopher's Stone because it's simple and i only liked it on Playstaion 1, Gameboy Advaned and computer.

I also loved all the mangas and the music and i'm a surporter for the anime.

Retrieved from "https://harrypotter.fandom.com/wiki/User:Homeworkkills?oldid=1301623"
*Disclosure: Some of the links above are affiliate links, meaning, at no additional cost to you, Fandom will earn a commission if you click through and make a purchase. Community content is available under CC-BY-SA unless otherwise noted.