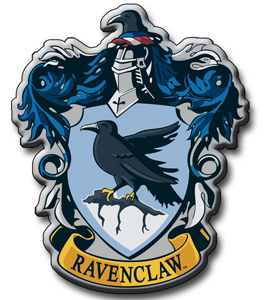 My name, is Daniel Rupert Gleebits, and I am the Head of the Hit Wizards Division of the Department of Magical Law Enforcement. I was previously in Ravenclaw House at Hogwarts, and was a member of the Historical Debate team, and a member of the former Duelists Club in the 1950s.
In the previous decade, I attempted along with the Auror office to track down Lord... um... well you know who I mean, and his Death Eaters. Unfortunately by the time Rufus Scrimgeour had entered office the situation was beyond our control, and in 1997 the Ministry came under the shadow of the Death Eaters. Recognising what this was, several of my subordinates and myself fled the Ministry to Hogsmeade, where we took refuge with the Hogs Head Barman. Unfortunately several weeks later the village itself was invaded by agents of... You-Know-Who, and we were forced to flee to the mountains, where a little later we came across the Game-Keeper of Hogwarts, Hagrid and a Giant he claimed was his brother.
In the Summer following, my subordinates and I heard the echoes of Vol... Voldemort's announcement of his invasion of Hogwarts. After a swift discussion with my subordinates, we decided to apparate down to the outskirts of the grounds and help the Hogwarts defenders.

We arrived at the time the Hogsmeade citizens joined the battle, and we proceeded to fight the Dark Lord's forces into the castle.

After the defeat of... Voldemort, and the appointment of Kingsley Shacklebolt as Minister for Magic, my subordinates and I returned to the Ministry at our original posts.

In fearful day, in Raging Night
With Strong Hearts full, our souls ignite!
When all seems lost in the War of Light
Look to the Stars
For Hope burns bright!

In Brightest Day, in Blackest Night,
No Evil shall escape my sight!
Let those who worship evil's might,
Beware my power,
Green Lantern's Light!

With Blood and Rage of Crimson Red,
Ripped from a Corpse so Freshly Dead,
Together with our Hellish Hate
We'll burn you all
That is your fate!

Retrieved from "https://harrypotter.fandom.com/wiki/User:Imperial_Misanthrope?oldid=405319"
*Disclosure: Some of the links above are affiliate links, meaning, at no additional cost to you, Fandom will earn a commission if you click through and make a purchase. Community content is available under CC-BY-SA unless otherwise noted.