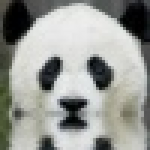 Hi I'm Josh. i love the HP series. I am in the Ravenclaw house, and am very proud of it.

A Beginner's Guide to Transfiguration by Emeric Switch

Josh was excited to start his school year and was happy he could bring his pet owl, Lucky. Being fairly rich he and his cousin had the best school supplies money could buy. Josh was the top in Transfiguration class partly because of his wand. He was accepted onto the Ravenclaw Quidditch team as a beater, and was fairly good at it, but was injured when a he fell off his broom while flirting with the Hufflepuff Beater and was out for the rest of the season. He and melissa often studied and practiced quidditch and dueling together.

In his second year Josh developed a secret crush on Ginny Weasley. He also learned more and got better at charms. Josh was devastated when he found out the basilisk had taken Ginny into the Chamber of Secrets. lucky had started a good relationship with Hedwig. he earned 30 points and lost 15 points

Josh wasn't afraid of Sirius Black because he had confidence in the teachers of Hogwarts and Dumbledore. Josh was also getting better at DADA thanks to Professor Lupin . After Josh heard that Sirius Black had entered Hogwarts he got scared so he worked even harder at DADA and was soon the second best of their year(behind Harry). Josh was excited to hear that Professor Lupin was a werewolf, he wanted to ask so many questions,but before he could Professor Lupin left the school and Josh was sad. He earned 100 points and lost 20.

Josh's dad and uncle were two of the people in charge of organizing the tri-wizard tournement so Josh and Melissa knew about it before most of all the other students but they didn't know about the age restriction and were bummed when they found out about it. Josh supported Harry throughout the competition and so did melissa and most of their friends because they all knew harry was a better wizard than all three of the others put together. Josh took his friend Luna Lovegood to the yaleblue. When Harry finished the last competition and told everyone what had happened Josh, melissa, and all their friends believed him right away. Josh won 70 points and lost 45 points [for fighting Harry Haters]

Josh was surprised to find that he was made a perfect along with Cho Chang, who he soon developed feelings for after spending so much time together. Josh was tired of Umbridge and suggested to Melissa that they feed umbridge to nesting mother Dragons, which melissa laughed so hard her butterbeer shot from her nose, and was greatfull to start a club defying her. Josh got really good at DADA because of Dumbledore's Army. Melissa was the only slytherin to join Dumbledore's Army, but they didn't want to admit that a Slytherin was in the DA . Josh was able to producee a fll-fledged partronous that took the shape of a polar bear. Josh was inspired by Fred and George leaving Hogwats. Josh recieved 10 points and lost 50

Josh was part of the Slug Club for his excellent work in transfiguration and DADA. Melissa was also in the Slug Club for exelent work in potions. During this year Josh had managed to gain enough courage to ask out Cho Chang and she said yes! Josh and Melissa missed Dumbledore's Army dearly so when Hermione sent that message to Their coins they both snuck out to see what was wrong. They helped fight at the Battle at the Astronomy Tower. Josh recieved all O's except for two E's in potions and divination.he learned more about potions and earned 30 points and lost none.

When the Ministry was taken over over and Josh returned to Hogwarts to find out that Harry, Ron, and Hermione are not there he has a very strong need to rebel. Luna Lovegood is a very close friend of Josh's and when she gets taken from the train he gets worried and then when his old crush, Ginny, doesn't return from Holiday, he becomes furious, but has to go into hiding with Nevelle, whom he has befriended, Melissa ,and other students in the room of requirement. Josh had been practicing healing spells on the students who had been hurt by the Carrows and had become quite good. Josh lost 500 points and won none.

Josh and Melissa were an unstoppable team after training together so much they knew what the other one was going to do before they did it, and took down many death eaters, until they were fighting back to back against two death eaters, Josh had just managed to disarm and stupify the death eater he was duleing when he herd melissa Shriek in pain behind him he turned to see the death eater had managed to cut two slashes into Melissa's stomach. Furious, Josh disarmed and stupified the unexpecting death eater in a few seconds. Josh had healed Melissa just in time to watch the last dule between Harry and Voldemort, and harry defeat him.

Because Josh and Melissa were in Dumbledore's Army they got to become Aurors and they were put togeather as a team and ended up being the most feared and the best aurors ever. Josh ended up Marrying Cho Chang and had three lovely children Seth, Alice, and Tyler. Fun Facts For Josh, Amortentia smelt like blueberry muffins, Takis, and the purfume that both ginny and cho wore. Josh got another pet polarbear when his oldest, Seth, was 1. Josh's favorite color is Green.

Retrieved from "https://harrypotter.fandom.com/wiki/User:Klokochar?oldid=1235932"
*Disclosure: Some of the links above are affiliate links, meaning, at no additional cost to you, Fandom will earn a commission if you click through and make a purchase. Community content is available under CC-BY-SA unless otherwise noted.