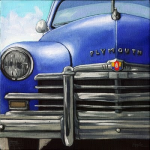 Former Captain of the Department of Aurors, MACUSA

Ilvermorny School of Witchcraft and Wizardry

Magical Congress of the United States of America

I have grown up loving the Harry Potter series (the Cursed Child doesn't count) and am excited about the new Fantastic Beasts and Where to Find Them Franchise! I'm very much intrigued in JK Rowling's wizarding world including its history, genealogies, wizarding nations, and laws of magic that make the stories so much more compelling to watch and read.

Retrieved from "https://harrypotter.fandom.com/wiki/User:Midnight-Mint01?oldid=1216834"
*Disclosure: Some of the links above are affiliate links, meaning, at no additional cost to you, Fandom will earn a commission if you click through and make a purchase. Community content is available under CC-BY-SA unless otherwise noted.