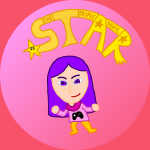 I'm a Harry Potter fan. I mainly edit Harry Potter: Hogwarts Mystery related pages. Here is an infobox for my versions of Jacob's sibling, the Hogwarts Mystery Quidditch character (who, in my fanon, is a separate character from Jacob's sibling) and my Mathilda Grimblehawk's partner. Note that most of the details do not match my real life information. I also added an infobox for real information with Pottermore details for magical stuff.

Investigator for the Ministry of Magic Beast Division

Characters who are always in the same house

I decided to make a list of characters who are always in the same house, even if that house itself is unknown.

Hogwarts Mystery characters who are always in the same house as your character, in approximate order of in-universe chronological first appearance/mention in which their house is revealed. These characters are Slytherin for me.

Retrieved from "https://harrypotter.fandom.com/wiki/User:PetStarPlanet?oldid=1360891"
*Disclosure: Some of the links above are affiliate links, meaning, at no additional cost to you, Fandom will earn a commission if you click through and make a purchase. Community content is available under CC-BY-SA unless otherwise noted.