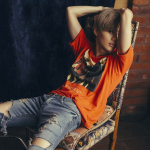 aka Yoontae, or just Sheehan.

"My handsomeness is staining my life"
—Kim Seokjin

NOTICE!
I have been on hiatus for more than a year now, and I think it's finally time to announce that I will most likely no longer be available on this site.
I've made my decision based on J.K Rowling's recent behavior; as a transgender person, I have no interest in staying to support her.
I still love the Harry Potter series, but I feel like I will get into arguments about this if I remain near it any longer, so I will officially withdraw and leave.
Thanks for everything!

I've been addicted to Harry Potter since I attempted to start reading it beginning at the fourth book.
Besides HP, I enjoy, kdramas and T3I. I'm a stan, so if you find that stuff annoying then don't mix with me.

My goals in life consist of reaching Jin and Heechul's level of self-confidence.

Edit this page and suffer my... displeasure.

PS: My profile here is something like a Tokyo Ghoul-Harry Potter crossover. Read TG if you're curious, I doubt you need to read HP if you're on this wiki.

"That time, so that no one (not even Father) would notice, I secretly rewrote the summary. What cannot change can only be broken. This is so to me, who left behind everything necessary inside the womb. "
—a certain Owl.

What you need to know 'bout little old me

"How dare a leaf fall into my pocket? "
—Lee Young-joon, What's wrong with secretary Kim?

I'm a Slytherin, but unlike the stereotype I don't have any of their prejudice or hate against Gryffindors.
It's probably just my personality.
Myers-Briggs Personality Type: INTP-T

If you feel the need to speak to me, please drop a message, that message wall is there purely for my inconvenience. So you needn't be shy, go ahead.

I speak German and English fluently, so I'm available on those two languages.
I can deal with Japanese, too, and I'm currently learning Korean.

Some people have heroes like their wiki admins, my hero is C2H10N4O2.
WARNING: I write very long comments.

"Why is there no opposite word of loneliness? Could it be because people, until they die, have no moments of not being lonely?"
— Kim Nam-joon, a.k.a RM

I enjoy Korean variety shows, Korean dramas, K-pop, learning Korean, dancing to Korean songs...
I also really like writing, I do stuff on wattpad.
I draw, as well.

I love the User boxes.

Peeves, Snape, Dumbledore, Harry, Luna and last but not at all least Newt.

"Win, lose. I don't care because at the end of the day I still have this face so who's the real winner here?"
—Kim Seokjin

"I tried living as a very nice person, but there’s no need to be nice .. you have to be mean to survive"
—Kim Hee-chul

Wow, I really hate a lot of things related to people. I don't think I'm the only one (irl friends, we're looking at you). I guess we're trying to communicate a message.

"They say people live to be happy. If you actually think about what happiness is, it’s nothing much. When you get to eat ramen after feeling really really hungry, that’s happiness."
—Kim Nam-joon, a.k.a RM

"Didn't we just say God is very fair? I have the looks, the brain and the knowledge. So of course I don't have a good temper!"
—Kim Hee-chul

Sage was born in a hospital, presumably in the maternity ward, on the 28th June, around the time when Turkey advanced to 3rd place in some league.
Infant Sage slept soundly even though everyone was throwing a party at the news, and after awakening spent a few boring months she doesn't remember before taking the ride to Ireland.

After a few insignificant years, Sage started going to school. She was bullied in school, and this persisted throughout her entire school career, only stopping in year 8.
However, by year 6 (the first, as Sage had to redo this year), she had learnt not to care anymore.
Another few insignificant years later, Sage found the world of kpop and is now buried in it.
After spending seven years of having subtle thoughts of rather being a guy, and even one of her friends getting hints of it, Sage has discovered she is a trans guy and gay.

Sage was found dead last Tuesday.
Presumed reason of death: A mixture of Kai's body roll in Love Shot (EXO), the whole of BTS, most notably Jungkook in Fake Love, Taehyung being rude, Suga eating a wrap. Other causes are Noir's Hoyeon in the Gangsta shoot, Heechul's savagery and MCing prowess, an overdose of Bigbang, and finally NCT and Got7 being extra as f- *Redacted. Reason: You can't curse in a bio*
Struggles of multifandom stans.

Wattpad: Mentioned this before, and I linked it in "My Website" (for PC users) - My username is ThaSaTaeMin
Other social media: Haven't exactly got any of that, strictly speaking... I'm just around on FANDOM 24/7.

Oerk, add it here! Thanks. To mods etc: I gave Oerk permission to edit this section of my profile.

Alaska asks for help regarding a sixth law of elemental transfiguration. I develop a new theory on the spot, that constant exposure to Dementors will make you succumb to them, and your soul will be irreparably damaged or lost. I added, when you ally yourself with these soulless non-beings and lose your soul, you also lose the ability to cast the Patronus Charm. As the soul is one of the most important concepts in magic, destroying it makes it impossible to cast a Patronus Charm, and you are instead devoured by maggots. That was my theory.

- By Oerk (Edited by Sage. Reason: Shortened down to actual meeting's topic)

The book club officially died. A moment of silence please.

I don't own the picture. Rights to Sui Ishida. <- this is now invalid, lol.

Retrieved from "https://harrypotter.fandom.com/wiki/User:ThanatodoraSage?oldid=1305660"
*Disclosure: Some of the links above are affiliate links, meaning, at no additional cost to you, Fandom will earn a commission if you click through and make a purchase. Community content is available under CC-BY-SA unless otherwise noted.