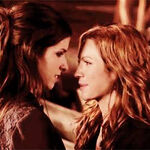 aka the GENesis ark

Hello <insert name here>, I'm Gen and welcome to my profile. I have been on this wiki since late March 2017 and although I tend to stick to the discussions page, I do some editing of articles as well.

Just gonna do some self promoting here: If you need an after the war fanfic with hinny and romione, go onto wattpad and type in Prongs_is_alive and click on that profile and press the story until the very end

Goodbye Peter. We will miss everything your Doctor brought to the show. His ring, his gradual hair growth, his sonic, his Tardis, his jacket, his accent. Thank you

READ THIS! IT COULD SAVE A LIFE

Now I am going to be boring and talk about serious stuff that has nothing to do with Harry Potter but I felt like it's important for people to know little more about the bad stuffs in life, more significantly I'll tell you more about my experiences with homosexuality and bullying.

I hate when people say that I'm lesbian just bc my best friend is and bc I support gay marriage but I support taking care of animals n such stuff too. Do I look like a bloody lizard to you? No?

Stop assume things and keep your mouth shut then.

But if I was, why would that bother you? Mind your own business, I don't want you in mine.

And while I'm on it can you please stop giving hate to my bff just bc she's braver than you and breaks some norms. She came out proud but unsure with her gf but now you're breaking her down, just stop it. She's a human with feelings just as everyone else, treat her as one or leave cuz she doesn't need you in her life. She's amazing but will soon get depressed if you keep going as you do, I can tell she's already starting to lose her spirit that was so her before, just bc of ppl as you. As kids she were that loud laughing funny and strong girl with strong personality, barely anything of that's left anymore, now she's shy and avoids seeing ppl in the eye or talk to them, not comfortable with other than her family and closest friends. Ppl can change and so but this changed very quickly and it started just when she came out and got bullied, she tells us too that it's bc of them. No matter which school she chooses there's always some jerks that starts to bully her for the fact that she was so brave and told ppl the true her, all she got for that was bullshit and hate. If you're one of these persons I'm talking about please stop, you ruin lives, not just the ones of your victims but also their friends' and family's. I'm not even bullied but it's pure torture to see what it does to her, it breaks her down and it's gone from that she had much self confidence to nearly nothing at all, she's all ruined. Just stop doing so.

This isn't only about respecting everyone no matter if they're straight or not. This is about all kinds of mean words told to anyone, in lower grades two persons in my class were abused by a girl and a boy who thought they were better than everyone else and both the ones they messed with switched school not long after. I have contact with one of them today and she's okay but before she wasn't, she was actually considering suicide sometimes but she didn't because she had this one friend that supported her so much. That's real friendship.

I know it's not just these persons that's exposed to this, there's so many both kids and adults all over the globe that's treated this way bc of different reasons but it's always just as wrong. No one should have to wake up to that every morning no matter if it's on the internet or in real life, it hurts just as bad anyway and no one deserves this, it isn't even relevant if someone's corny or ugly or nerdy or whatever that person might get teased for. They all have a life and feelings which you hurt when you tell them all these stuff and recovering from years of those words aren't easy, for some ppl it's actually almost impossible. It makes invisible scars that just won't heal and influences every decision even later in life. It's not everyone that doesn't recover, many does, but for those who doesn't there's not much left in life, even those who does lost a great deal during that time and still got scars, you can't just forget something like that.

A victim and a bullier aren't always obvious for anyone not involved, there can be really small things or just that a group freezes someone out, these small things are easier to miss but hurts just as bad and will probably go on for longer since it's not noticed. We can all do more to prevent such stuff but then we all have to cooperate, teachers and grown ups can't watch us all the time but for the ones attentive there's always more to see- both children and adults. All kids that gets bullied doesn't have someone they trust much enough to tell or sometimes they're just afraid to make it worse, friend that know doesn't tell bc that's what the victim says and they want to be a good friend and keep this secret, so there the grown ups have to show that they're to trust and friends that know have to tell even if that means breaking a promise. We should also learn more about bullying in school so ppl know what they're dealing with, everyone should encourage each other to talk about it bc it's easier to discover if there's something wrong.

And you jerks that bully, what do you want to achieve with this? Does it make you stronger to break someone down, is it funny to see when someone slowly is dying inside? Think again, how would it feel if you swapped role with the person you bully? If someone teased you each and every day just bc of the colour on your shirt or the accent you speak? Would you still find this activity entertaining when you're the one who has to pay, you're the one who's victimised? If the answer is no then you should stop, even if it's yes you should stop. People are all different, some are very sensitive, some are not, your victim maybe is very sensitive and cries on the smallest insult or maybe he/she is strong. That's a thing you don't know. But if he/she is strong, do you think it'll still be so after you've made fool of them day after day? I think not.

It seems as very much has to be done to be able to stop bullying and yes, it is, but if everyone does just one thing of these we'll come far. It'll be worth it, lives can be saved.

Eyyy, I feel honoured now, however, it's nice to see it spreading :3 - Noseh

Retrieved from "https://harrypotter.fandom.com/wiki/User:TheDaughterofHermesRavenclawTributefromTatooine?oldid=1291894"
*Disclosure: Some of the links above are affiliate links, meaning, at no additional cost to you, Fandom will earn a commission if you click through and make a purchase. Community content is available under CC-BY-SA unless otherwise noted.