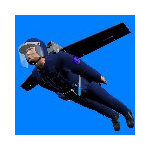 Regardless of what is or isn't slang in England, the books use the word "motorbike", I'm reading the books right now, they are in my hand, they are the British version of the book, and they say "motorbike", the books are cannon. --BachLynn23 19:16, September 9, 2010 (UTC)

I had to remove that section of the article as, per our policies on canon, material from the films is already considered canon unless it conflicts with a higher canon source. Since those shrunken heads were never stated not to exist, they would have alrady been considered canon per our policies, even if they had never appeared in the book. You can still re-add the section if you can think of some other example where content from an actual fan-fiction was later made canon. (But only if there's a known and established connection, and not just random chance.) ProfessorTofty 18:00, January 15, 2012 (UTC)

Retrieved from "https://harrypotter.fandom.com/wiki/User_talk:Anthony_Appleyard?oldid=664201"
*Disclosure: Some of the links above are affiliate links, meaning, at no additional cost to you, Fandom will earn a commission if you click through and make a purchase. Community content is available under CC-BY-SA unless otherwise noted.