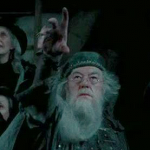 That said, I appreciate your effort at the Wizarding World of Harry Potter page. As to what else could be added -- well, anything provided you stay on topic! The point of specialised wikis like this one is to be able to be as exhaustive as we'd like about our subjects! Cheers. --  Seth Cooper  owl post! 17:16, October 28, 2015 (UTC)

Signatures (and wiki-text in general) can be edited via wiki markup (which is a kind of simplified HTML language). You can change your current signature by hovering your mouse over your avatar on the top Wikia bar (right at the top of this screen; upper right corner) and selecting "My preferences" (what you want is the "Custom signature" field, under the "Signature" header). As for the mark-up itself, while I would find it difficult to explain it to you (my knowledge of it is purely intuitive, bits and bobs I picked up over time), I've found a pretty decent tutorial here.

You can learn more about Rollbacks here.

You are actually in the right. The Wikipedia Manual of Style ("Some criteria for a good caption - Formatting and punctuation") suggests that: "Most captions are not complete sentences, but merely sentence fragments, which should not end with a period. If any complete sentence occurs in a caption, then all sentences, and any sentence fragments, in that caption should end with a period.". --  Seth Cooper  owl post! 00:34, November 3, 2015 (UTC)

Your request for rollback rights

Hi, don't understand me wrong, please, but do you really believe it helps when you edit your request day per day? I could imagine that this could annoy the admins here. No offense!  Harry granger   Talk   contribs 18:55, November 4, 2015 (UTC)

Hello! Due to the lack of response, I've opened a formal vote at Harry Potter Wiki:Requests for permissions. Voting ends a week from now (sooner if we reach a consensus), so that's that. The best of lucks! --  Seth Cooper  owl post! 21:57, December 13, 2015 (UTC)

Just a quick reminder that the "right" parameter from image syntax (e.g. here) is not a typo. While it's redundant, it's a pointless effort to try and remove them from every image in almost every article -- it's not as if it's a huge and needed syntax simplification (and some users like to use it to keep track of where images are so that they can alternate the positions of the images that follow, especially on longer pages). Basically it's ok to add new images and omit that parameter, but I think there's more productive ways of contributing to our wiki than the herculean task of erasing something as widespread as that and that does no harm. Thanks! --  Seth Cooper  owl post! 18:54, December 14, 2015 (UTC)

Thanks. To put the award in your userpage, just go to edit mode and copy the code, then paste it there.

Sorry, did not realize that you were on break. Could you look into it please since it has not been dealt with in your absence? Pretty please. This is to do with The Original Forty students [1] where it says Katrina and not Katherine (Vaudree (talk) 12:50, January 9, 2016 (UTC))

Yes, honourifics like Mr and Mrs are to be spelt without a period (this is already so in some pages, like Porpentina Scamander's mother, but some do slip between the cracks). Merry Christmas! --  Seth Cooper  owl post! 14:34, December 24, 2015 (UTC)

You currently appear to be in the process of adding "Category:The Wizarding World of Harry Potter Products" to a number of articles (incidentally, the category itself has yet to be created). All categories featured in articles on in-universe subjects should also adhere to in-universe perspective per HPW:POLICY. This category is clearly out-of-universe, and thus applying it to in-universe articles would be incorrect. Please remove the category in question from all the articles to which you have added it. Thank you. ★ Starstuff (Owl me!) 08:37, February 23, 2016 (UTC)

Hey there ArrestoMomentum! I'm sending this post out to a number of active contributors of the HPW. I'm looking to find out your opinions on this proposal, which could help to improve the community aspect of the HPW and bring in more editors to the wiki. Please leave your opinions on that topic when you get the chance. Thanks! --Sajuuk 15:09, March 24, 2016 (UTC)

While I'm fine either way, I do have to agree "portrays" might be better, because the film/television series in which they appear still exist.

But I think "portrayed" is also grammatically acceptable if the film/series is in the relatively distant past; for example, just off the top of my head, Alan Rickman's role in Michael Collins and Julian Glover's role in The Empire Strikes Back are both at least twenty years old and could remain "portrayed"; their roles in the Harry Potter series, on the other hand, are both relatively recent (the past decade or so). And I think past tense would be appropriate for articles on actors who have died (Rickman, Richard Harris, et al).

I'm just one opinion, but if you want to discuss it with the community, feel free to start a thread in the forums.

Hi, Arresto! I was curious and looked onto your character index page of Philosopher's Stone. Nice page. That looks really good, but what make me suspicious was the image for Albus Dumbledore. You took one of Michael Gambon, but in the first two movies Dumbledore was played by Richard Harris. Would'nt it be better to take a pic of the Dumbledore from Harris?  Harry granger   Talk   contribs 11:51, July 16, 2016 (UTC)

Hi, you use paintings, that's okay, but no chocolate frog cards, Merlin, or pics from video game, Miranda Goshawk?

I saw you used the pic of the last Griphook, wouldn't it be better to use one of the first? File:Greephook1234.jpg for example.

Glad to be helpful. I have another idea. You rarely find pics from families. Could it be an option to use the image of one well-known family member as example?  Harry granger   Talk   contribs 19:09, July 18, 2016 (UTC)

Here I am again! :D COS-Index: Wouldn't it be better to use this image for Celestina Warbeck?

For Bozo you also use the image of the second actor. In this film it would be better to use File:Photographer.jpg.

If you want to use the short links, feel free of course. I find the book links for refs super useful eg {{DH|B|14}} = Harry Potter and the Deathly Hallows, Chapter 14 (The Thief). Whenever I edit a page, I have a script that converts what it can into the short link format so it's no real effort for me to make these changes. I'll probably package it up into a bot so that this conversion can happen automatically behind the scenes, so I wouldn't bother changing them over by hand if I were you, but for adding new ones I find the short links quicker and easier than typing everything out. Cheers --Ironyak1 (talk) 20:00, July 19, 2016 (UTC)

Hi there! I've put in a bot flag request so I can apply the Pottermore links, UK spelling, and short link fixes I've been developing in an automated fashion. If you could take a moment and provide some feedback, it would be appreciated! Thanks --Ironyak1 (talk) 17:09, July 29, 2016 (UTC)

Thanks for the vote of confidence! I've been thinking about the full stop on photo captions you've been cleaning up and I think the bot may be able to help - it won't find 100% of them but should reduce some of them while it does other edits, but I have to test some ideas out for now (and read Cursed Child this weekend - Potter binge! :) Cheers --Ironyak1 (talk) 19:49, July 29, 2016 (UTC)

Sorry to eavesdrop, but my US edition is consistently "pearl dust" in Harry Potter and the Cursed Child, Act Four, Scene Five. What line do you have that is Pearl Dust? Cheers --Ironyak1 (talk) 03:27, August 1, 2016 (UTC)

Looks like something for a new Behind the scenes section. Always makes me wonder what else might be different... Wonder if you can buy a region specific ebook edition... Something to look into. --Ironyak1 (talk) 03:32, August 1, 2016 (UTC)

And while the awards are being handed out...

Yeah, the current format is no italics, however I wouldn't bother changing them by hand as I'm testing the bot edits against the Recent Change list so they will get switched over automatically to the CC template later today or tomorrow. Just keep doing edits that need some human understanding of the material and the bot will handle most of the formatting drudgery on those pages. Cheers --Ironyak1 (talk) 05:04, August 4, 2016 (UTC)

I've never really spent much time in the chat, so that's not something I really feel comfortable weighing in on. Good luck with it, though! ProfessorTofty (talk) 02:38, August 6, 2016 (UTC)

We don't have much tradition of Content Mods (the only one we ever had was banned just 4 months later), hence why there is such lack of information. Anyway, normal voting policy applies. A formal vote needs to take place over at the RFP page, even if it is just for the record.

About the bot, I think you should apply for a bot flag at RFP (I'd agree, there's no reason for having so many redirects around -- though my own opinion counts as much as the next user's! Hence why you should open a request!). Though you should talk with Ironyak1 before, to make sure the two bots don't overlap and become redundant.

Hey, man. Could you do me a solid and weigh in on the discussions here and here about an edit war over content? It's all part of the same discussion, so don't let the fact there are two headings fool you. I've also asked Seth, but haven't heard back yet. I know you're not technically an admin, but as you're not directly involved, I think you can look at it objectively. Thanks in advance of whatever opinions you can offer --Cubs Fan (Talk to me) 05:18, February 5, 2017 (UTC)

Retrieved from "https://harrypotter.fandom.com/wiki/User_talk:ArrestoMomentum?oldid=1047655"
*Disclosure: Some of the links above are affiliate links, meaning, at no additional cost to you, Fandom will earn a commission if you click through and make a purchase. Community content is available under CC-BY-SA unless otherwise noted.