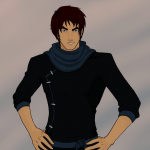 Hello there! Not meaning to offend, but I'd like to recommend to you that you read over the canon policy; you've recently been exchanging a lot of book-information for things that happen only in the films, and on the Pimple Jinx page, you appear to have accidentally removed a canon source. Just thought I'd let you know =) Any questions, comments or concerns can be directed to my talk page, or to the talk page of an administrator. --Hunnie Bunn (talk) 16:15, January 3, 2014 (UTC)

Unfortunately not, because that's only in the films that they're blue/white or whichever; information from the films that goes against the books goes in the "Behind the scenes" sections of the respective articles, and as in the books Expelliarmus and Stupefy are exclusively red the other colours have to stay in "Behind the scenes". The pictures show the other colours because they're from the films in which the different colours appear. --Hunnie Bunn (talk) 16:24, January 3, 2014 (UTC)

I'm not in charge of all the decisions around here. It was a choice made by the community that the most recent image should be used, and the most recent film doesn't show the canonically red light. —The preceding unsigned comment was added by Hunnie Bunn (talk • contribs).

If the incantations you are adding to the spell articles do not come from an official Harry Potter source, then it is considered fanon, which is not allowed on this wiki. If you say you have a source, then please provide it. - Nick O'Demus 12:42, January 11, 2014 (UTC)

I assume then you are referring to http://mischiefmanagedsl.net/roleplay/level-hud/approved-spells-list/

That is a roleplay site for fans. Those incantations not directly from the series are almost certainly fanon. - Nick O'Demus 13:05, January 11, 2014 (UTC)

There are a couple of things you can add to your userpage for that.

First, there are Infoboxes. Select one (I noticed you identify yourself as a Ravenclaw), copy the text under the Clean Template, and paste the text on your userpage, then fill in each of the topics with your information (you don't have to fill in every one).

Second, there are Userboxes. Just copy the bracketed text (including brackets) for the ones you want and paste it one your userpage. For example, for the Animagus Userbox, you would paste {{User Animagus}} on your userpage.

Retrieved from "https://harrypotter.fandom.com/wiki/User_talk:AvatarQuan?oldid=828376"
*Disclosure: Some of the links above are affiliate links, meaning, at no additional cost to you, Fandom will earn a commission if you click through and make a purchase. Community content is available under CC-BY-SA unless otherwise noted.